Derby County's Under-18s secured their place in the semi-finals of the Premier League Cup with an impressive 2-0 win against Tottenham Hotspur at Loughborough University Stadium.

Justin Walker's side made it through with their ninth successive victory in all competitions, which came courtesy of Jack Stretton's brace.

The Rams looked threatening from the off and the opening goal was beautifully worked, as Morgan Whittaker applied a deft touch to Louie Sibley's cross, allowing Stretton to finish clinically with his 13th goal of the season. 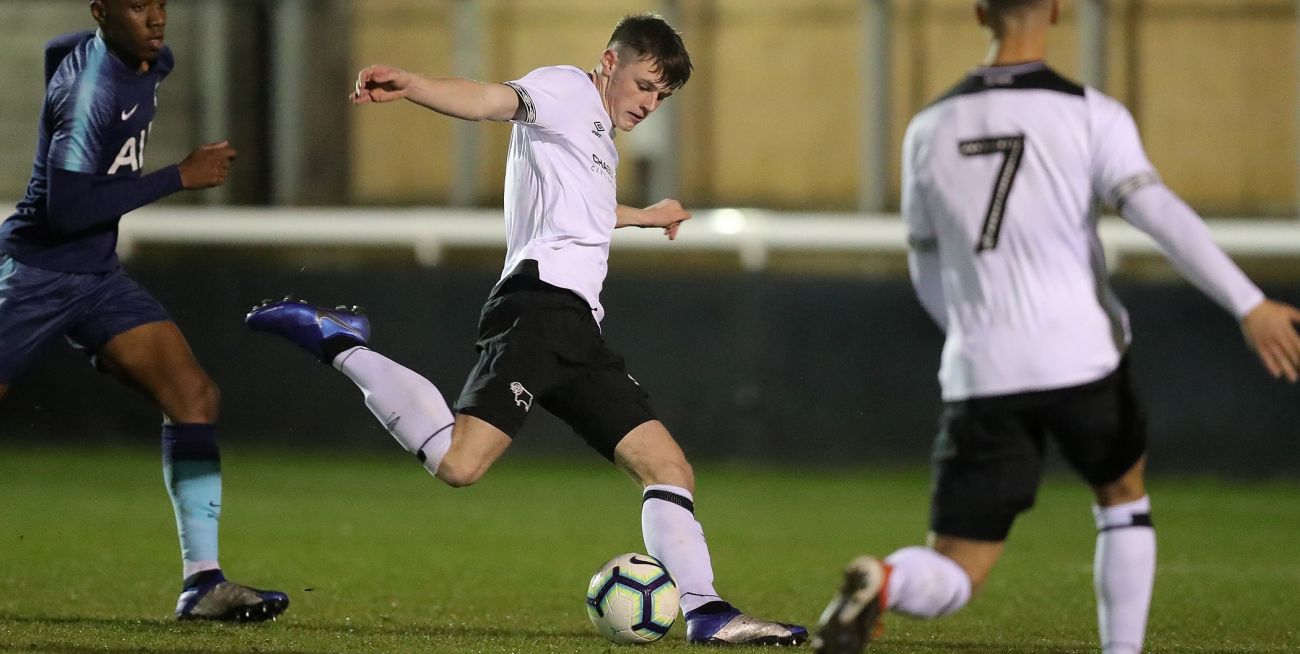 Spurs began to control possession as the first half continued, but Terrell Whittaker's header that whistled just past the post was the closest they came before the break.

Jordan Brown has a decent effort saved as the half drew to a close, and they certainly went into the break on top, with Derby's Whittaker firing over with a free-kick soon after.

Derby produced the first real opening of the second period, as Tyree Wilson released Lee Buchanan with a great turn and pass, but his shot was well saved by Joshua Oluwayemi.

Substitute Liam Delap almost doubled the lead as the game entered the final 20 minutes, but his strong effort was well kept out by the Spurs 'keeper.

Sibley had a couple of chances to add gloss to the scoreline as the clock ran down, but it was Stretton who made absolutely sure of progression with a close range finish in the final moments.