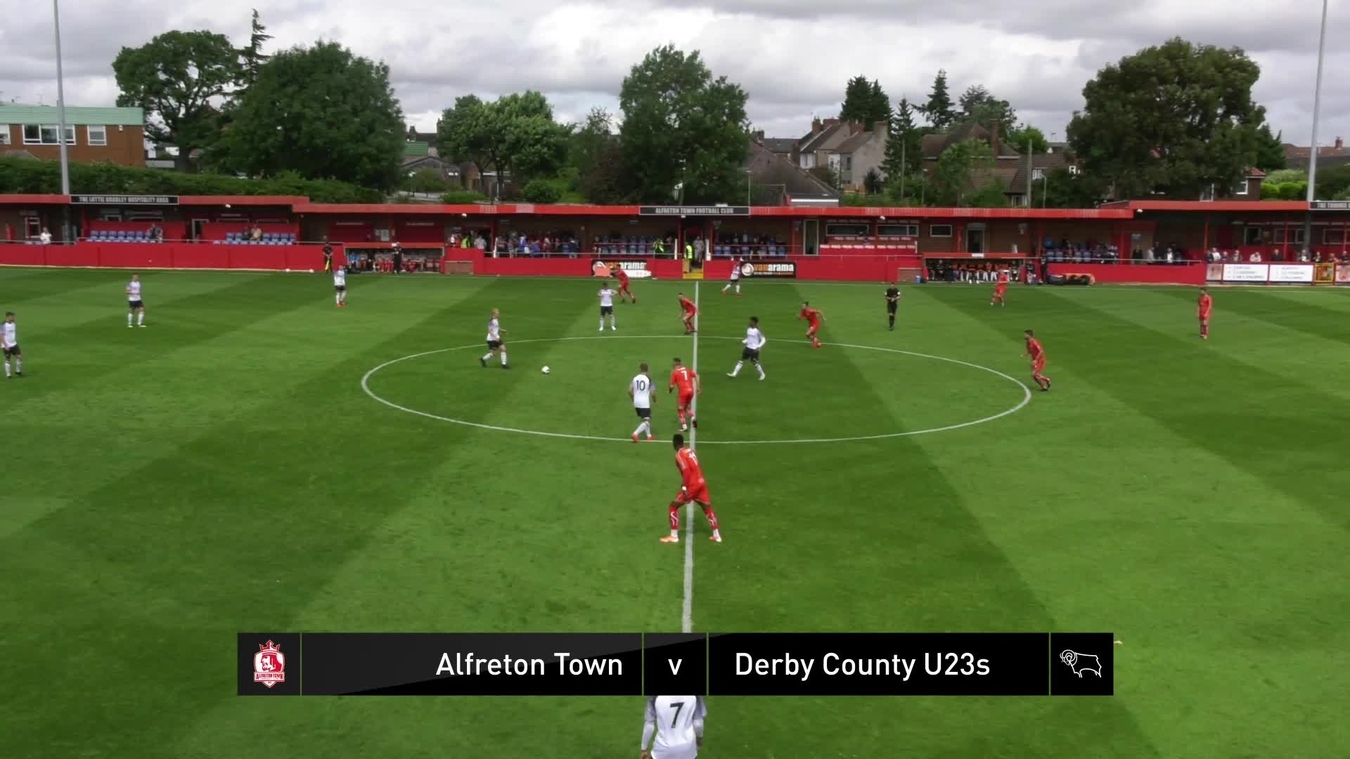 Derby County Under-23s battled to a hard-fought 1-1 draw as they ramped up their pre-season preparations with a short trip down the A38 to face Alfreton Town.

A second-half penalty from Trialist cancelled out a piledriver from Josh Clackstone to see things end up all square at the Impact Arena.

The closest Derby came in the opening exchanges was via the boot of Calum Macdonald, but he couldn’t quite get his free-kick to come down in time as it ended up sailing inches over the crossbar.

They then forced a first save from Alfreton goalkeeper Jack Atkinson on the half-hour mark as Connor Dixon tried his luck at the near post but was denied.

It was the hosts, however, who took the lead as full-back Clackstone arrowed an effort from distance into the bottom corner leaving Henrich Ravas with no chance between the sticks.

Ravas was on hand the prevent Alfreton from further extending their lead on the stroke of half-time as he came out on top from a one-one-one with Amari Morgan-Smith.

Minutes into the second-half and Derby were level after Trialist was felled by the opposition goalkeeper and he dusted himself down to dispatch from the penalty spot with aplomb.

The centre forward almost had a second within as many minutes as his low-drive was denied down low by Atkinson.

Derby again went close to taking the lead in the second half as substitute Alex Babos picked out Josh Shonibare from the halfway line but despite beating the outrushing ‘keeper to the ball his header didn’t quite have enough on it and was cleared.

Late on Alfreton thought they were surely retaking the lead after a ball from the left found the feet of Morgan-Smith but his finish found a sprawling Matt Yates who preserved the score line from point blank range.

Darren Wassall’s side held out in the end and will no doubt see this as a valuable experience against a physical Alfreton side that will stand them in good stead for the upcoming season.

Today’s draw marked the halfway stage of the Under-23s pre-season as they now move into the final fortnight of preparations for the fast-approaching Premier League 2 season.

Next week sees a return to the Training Centre for Darren Wassall’s side where they play host to Lincoln City on Thursday.

Five days later they are in action again, this time Premier League 2 Division 2 Norwich City are the opponents.

They then finish off their preparations with a quick hop across the North Sea to face PSV Eindhoven at the renowned De Herdgang training complex.