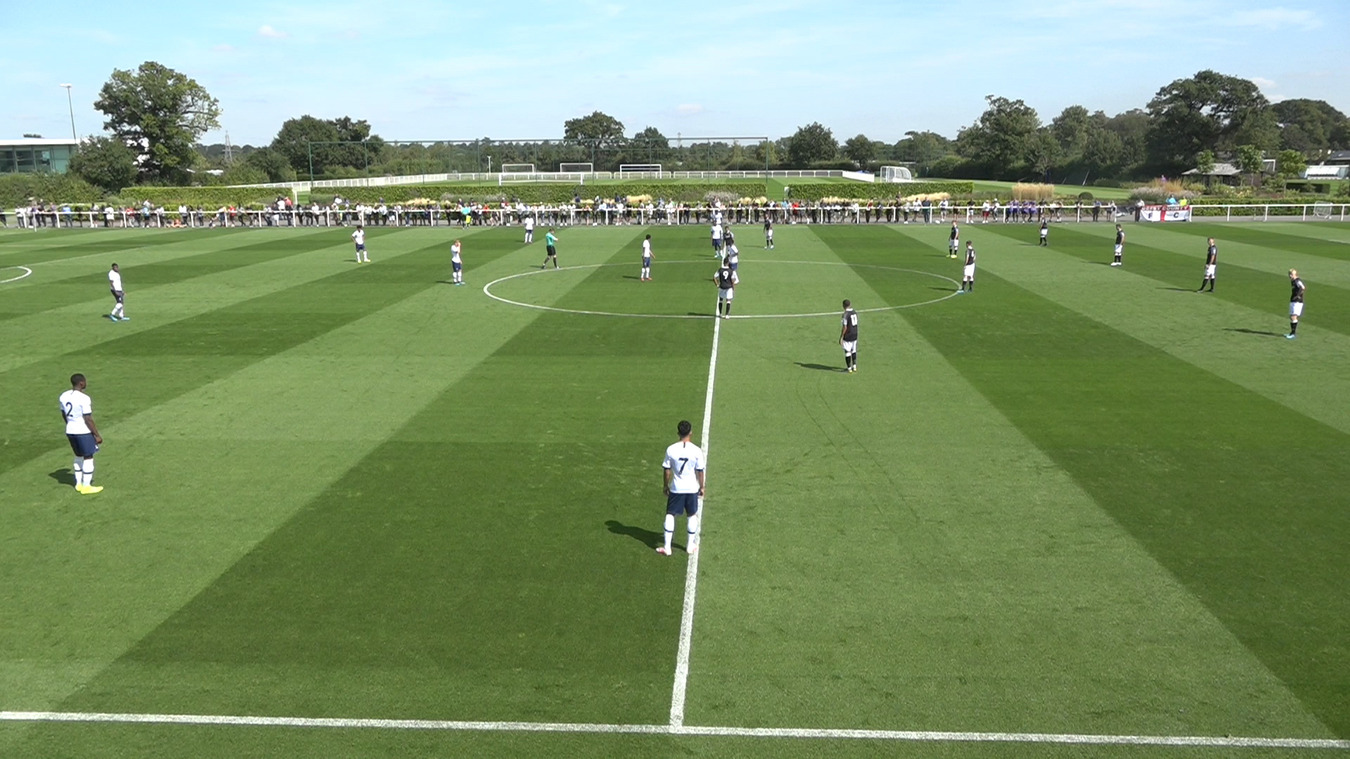 Lyons: "It Was An Outstanding Performance" U23s Take Down Spurs In Second Victory This Week

Darren Wassall’s squad have put in the road miles this week and produced two big away results, with a 1-0 victory on Monday against Southampton and backing that up against the undefeated Spurs on Friday afternoon.

First-half goals by Morgan Whittaker and Duane Holmes sealed the victory while Rodel Richards pulled one back for the home side.

Holmes got 60 minutes under his belt to build on the game-time he racked up against Southampton as he edges closer to a return to the first-team after injury.

The Rams looked lively from the offset and on the ten-minute-mark, they had already grabbed the lead. Derby had set the tone for the match, pressing high up the pitch and won the ball back in Tottenham’s half.

The ball fell to Whittaker in the right of the area and he fired his effort towards the far corner and past Alfie Whiteman.

The Rams continued to control possession against a Spurs side who sat top of the Premier League 2 Division 1 table. Just ahead of the half-hour-mark, Jayden Mitchell-Lawson burst into the box and was brought down to be awarded a penalty.

Jahmal Hector-Ingram stepped up to take it and fired towards the bottom left corner. Whiteman read it correctly and dived to keep it out.

Just moments later, the Rams extended their lead through a stunning goal by Holmes. He had space from 22 yards out and there was nothing Whiteman could do to stop that rocket into the top corner.

With five minutes left to play in the half, Holmes almost doubled his tally from a free-kick on the edge of the box. He rifled his effort towards the top corner, but it was a good stop by Spurs’ keeper.

Following the break, Tottenham came out fighting and looking to find a way back into the game. Dilan Markanday was the main threat for the hosts throughout the final 45 minutes, which started when he curled an effort just past the post in the opening minutes.

Henrich Ravas was put under real pressure for the first 20 minutes into the second-half. Tariq Hinds found space outside the area and launched his effort towards the top of the goal. Ravas pulled out a superb save to dive and knock it onto the crossbar.

The Rams had so far dealt with Spurs’ pressure well, but soon after Ravas’ save, they pulled one back. Shilow Tracey’s shot was initially knocked away by the Rams’ stopper, but Richards was there to bundle the second chance away from close-range.

Derby held strong to see out the game and remain undefeated on the road in the new season. The victory saw the Rams climb to fourth in the league, level on points with Tottenham, Chelsea and Arsenal.