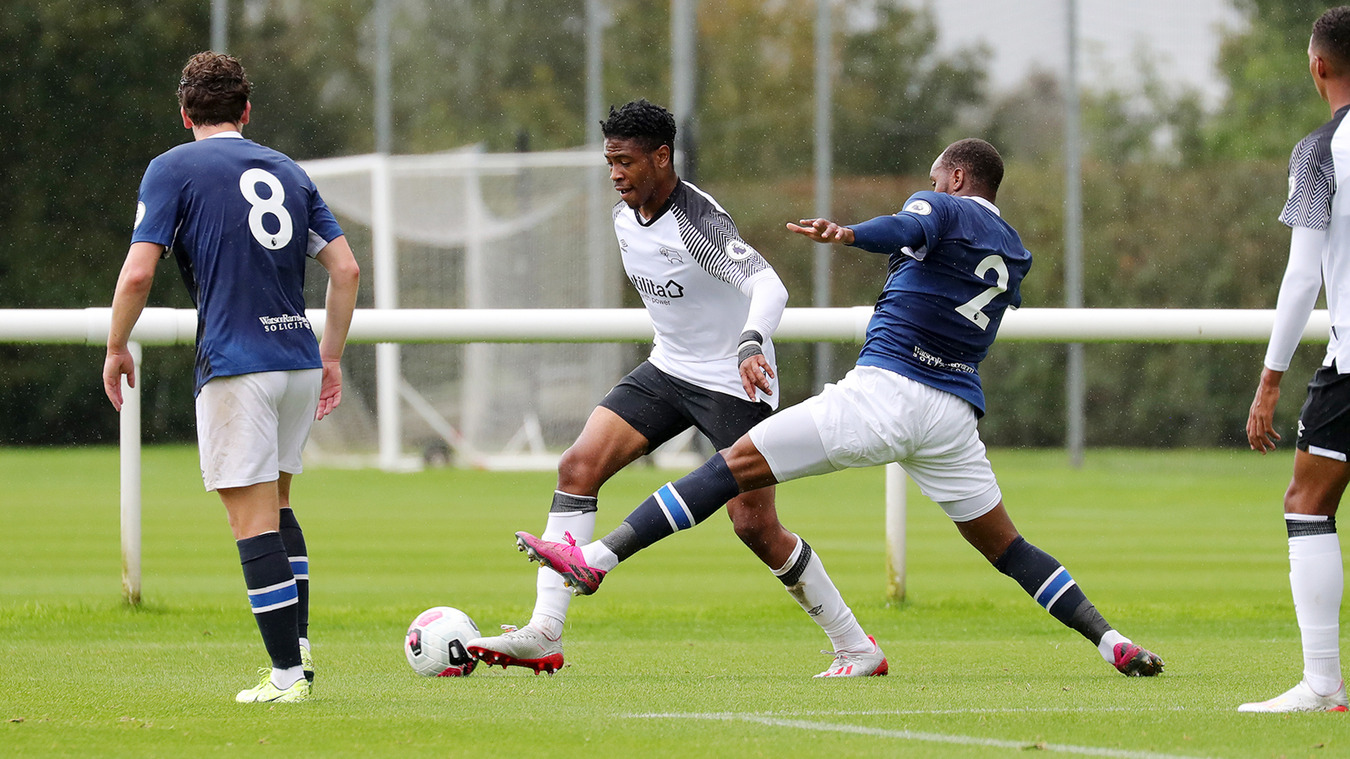 "You Love To Work With These Players, They Give You Everything" U23s Extend Unbeaten Run To Seven In Victory Over Blackburn Derby County Under-23s were victorious at Moor Farm as they beat Blackburn Rovers 1-0 to extend their unbeaten run to seven games.

Morgan Whittaker’s first-half strike was the solitary goal of the game, as the Rams earned all three points in their latest Premier League 2 Division 1 clash.

Craig Forsyth featured on Sunday afternoon as he continues to build match fitness following a knee injury as did Graeme Shinnie.

Blackburn started the game off as the better side with a set-piece routine that caught Derby napping just five minutes in; the Rams’ defence, though, remained resilient and scrambled the ball away to safety.

At the other end, Derby thought they had a spot-kick after Jahmal Hector-Ingram was brought down inside the penalty area, but referee Tom Reeves waved away any shouts.

It was Derby who had the first sight of goal inside 17 minutes. Shinnie rifled a left-footed shot towards the bottom right-hand corner and forced a super save from Joseph Hilton. At the resulting corner, the Rams had another chance at goal, Ethan Wassall’s header was cleared off the line.

As Derby persistence in attack continued, Rovers looked to catch the Rams out on the counter. Link-up play between Ryan Nyambe and Barry Chapman led to the ball finding Joseph Rankin-Costello, who could only skew the ball over the crossbar from 18 yards out.

The Riversiders had another opportunity soon after; this time, Champan took on a shot of his own which looked dangerous but the ball dropped onto the roof of Jonathon Mitchell’s net.

In the 40th minute, Derby came close to finding an opener through Morgan Whittaker, who managed to go around Hilton and shoot, but the centre-forward could only clip over the crossbar from a tight angle.

The Rams’ first-half dominance continued and just two minutes later Whittaker reaped the rewards as he drove forward. The 18-year-old finished devastatingly into the bottom corner, despite slipping in the process.

Seconds before half-time, Derby were forced into defending their own goal. Forsyth’s intervention was crucial as he headed the ball off the line to keep the lead intact.

Early on in the second-half, Buchanan was also needed to save the day as his flying block deflected Jack Vale’s powerful strike from heading goalwards.

Following a cagey 40 minutes of second-half football, the Rams were denied a penalty as Cameron Cresswell seemed to be fouled by Hilton as he rushed out from his goalline, however - yet again -appeals were dismissed by referee Reeves.

The victory means that Derby move up to second in the Premier League 2, closely behind Chelsea by one point.