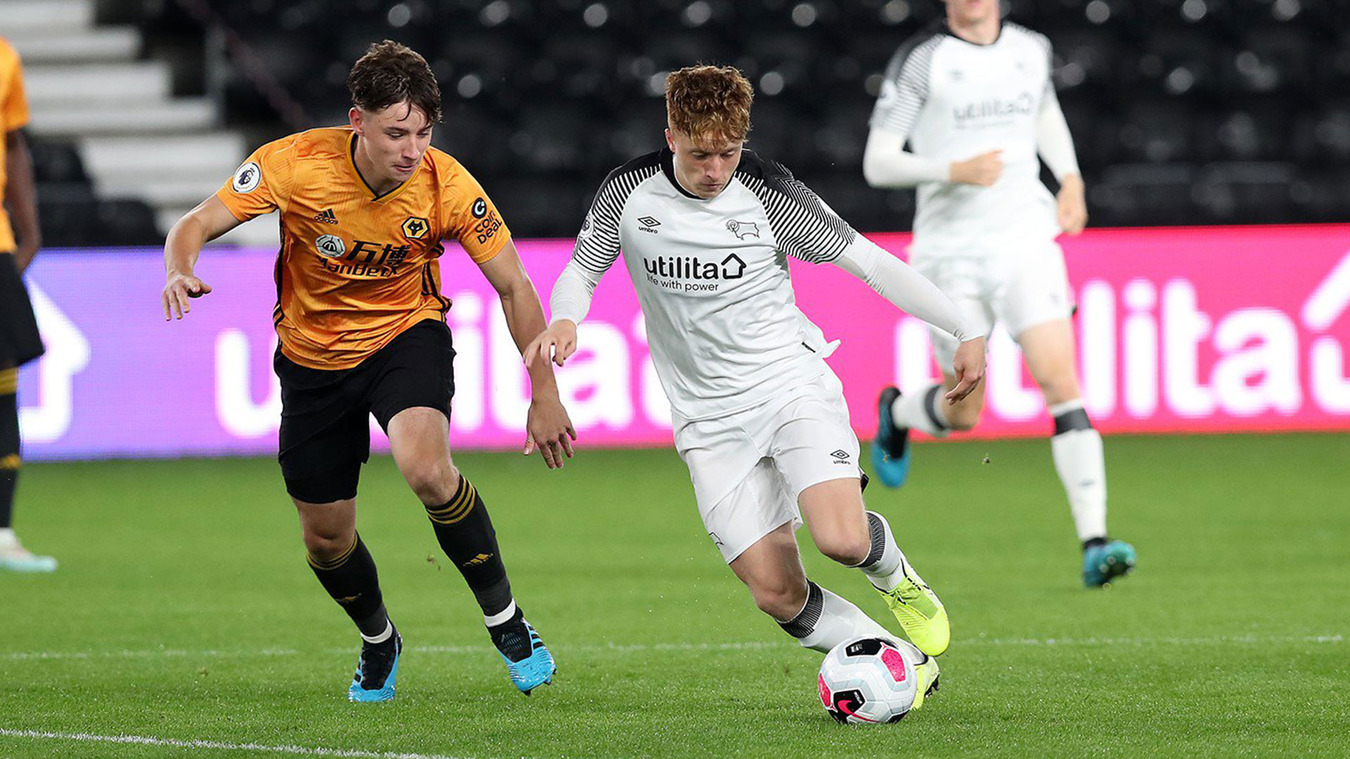 Brown: "We Were Unlucky Not To Come Out With A Win" Support The U23s Against Wolves At Pride Park For Free Tonight Wassall: "We Can't Afford To Be Complacent" Ethan Wassall Hoping To Capitalise On Good Run Of Form

Derby County's Under-23s were unlucky to come away from their Premier League Cup opener with a 2-1 defeat against Wolverhampton Wanderers at Pride Park.

Darren Wassall's side controlled proceedings for long periods but were left to rue two goals conceded from set pieces in the first half.

Mason Bennett responded with a brilliant strike after the break to halve the deficit, but Derby couldn't find an equaliser, despite their dominance.

Craig Forsyth and Andre Wisdom completed 90 minutes as they continue to build their match fitness after injury, while Bennett and Kieran Dowell also played the full game.

The visitors - in their first game under caretaker boss and former midfielder Mark Kennedy - started well and took the lead on 11 minutes when Benny Ashley-Seal headed home from a corner.

Jayden Mitchell-Lawson was typically sharp on the right-hand side and he linked up well with Connor Dixon on occasions but Wolves stood firm, with Derby forced to have a go from distance.

Jordan Brown tried his luck midway through the half and Dowell saw and effort saved, but Ashley-Seal doubled Wolves' lead six minutes before the break after a scramble in the box.

Jahmal Hector-Ingram had a few half-chances in the first half and he forced Andreas Sondergaard into a good save just after the interval.

The Rams finally got their reward on 56 minutes when Bennett curled a perfect shot into the corner from outside the box.

That goal sparked Bennett into life and he and Mitchell-Lawson were causing problems down the flanks as Derby pressed for an equaliser.

Hector-Ingram went close again before substitute Josh Shonibare hit the post in added time, but the clock eventually ran down and Wolves held on for the three points.