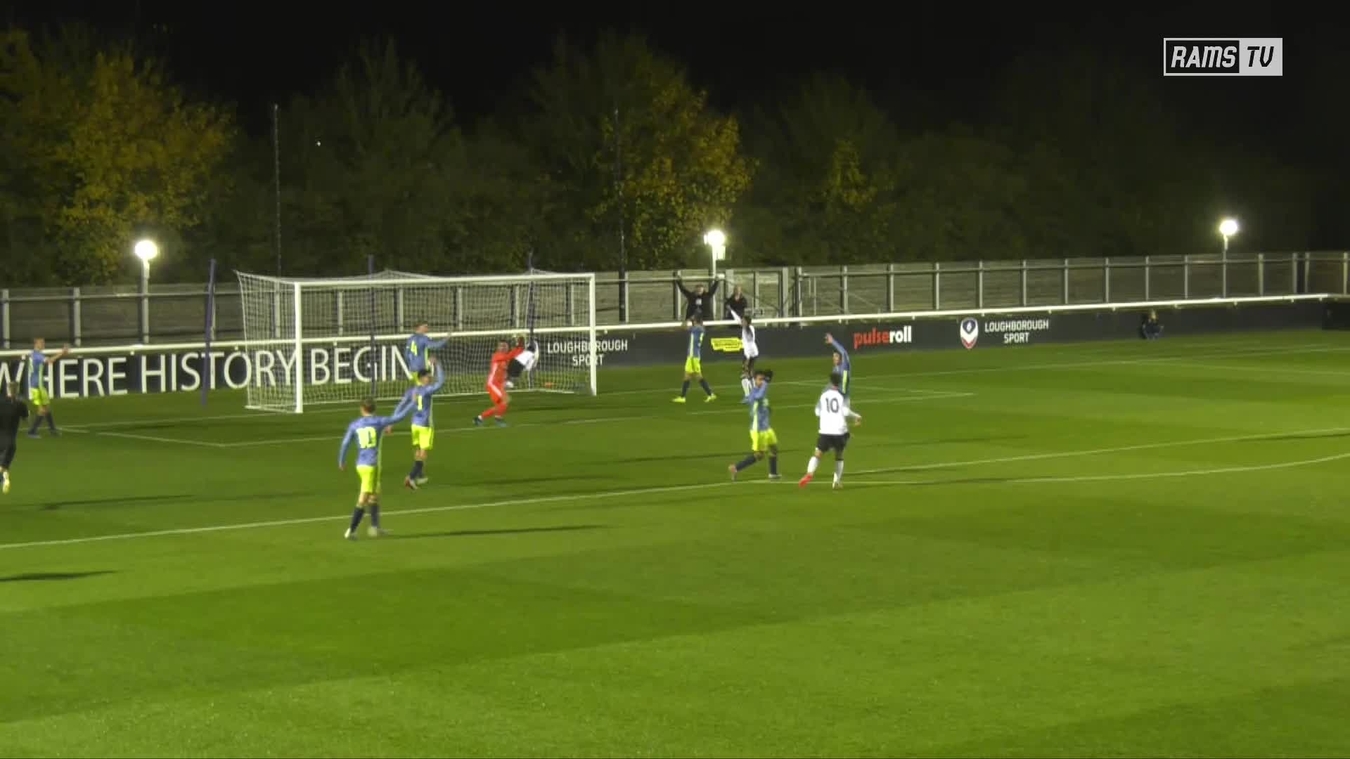 Young Rams Come From Behind To Beat Feyenoord Short: "It Will Be A Great Experience For Our Players" Mason Bennett struck the winner from the spot as Derby County's Under-23s beat Feyenoord 2-1 in the Premier League International Cup.

Derby had to come from behind despite dominating most of the game, with Jahmal Hector-Ingram's penalty cancelling out Splinter de Mooij's goal in the opening minute of the second half.

Bennett then stepped up to convert a second penalty with just three minutes to play to maintain Derby's perfect start to Group F.

The Rams thought that they had an early lead when Hector-Ingram found the net from Bennett's excellent cross, but it was disallowed for handball.

Derby's striker was left to rue his luck once again midway through the first half, when his delightful flick from another Bennett cross beat the goalkeeper, but rolled agonisingly along the goal-line before Feyenoord managed to clear.

Hector-Ingram then had a low cross palmed away, before Bennett's clever effort was kept out by Koorevaar.

Max Bird then had a free-kick comfortably saved before the break.

The Rams' wastefulness in front of goal cost them just 30 seconds into the second half, with de Mooij putting his side ahead after Jonathan Mitchell had kept out the initial effort.

A familar pattern followed, as Derby continued to apply the pressure and send several balls into the box from wide areas.

Indirectly, that approach led to the equaliser. Jayden Mitchell-Lawson raced down the right-hand side and crossed low, with the Feyenoord defence so worried with the presence of Hector-Ingram that they hauled him to the ground inside the area.

The No.9 got up to convert from the spot - firing clinically down the middle - and deservedly level the scores.

He should have had his brace minutes later, when he headed against the crossbar from close range.

Mitchell-Lawson then hit the post with a powerful drive from outside the box as Derby pressed hard for all three points.

When Hector-Ingram was brought down for a second time, Bennett stepped up and slotted the penalty away to make it two wins from two in this competition.