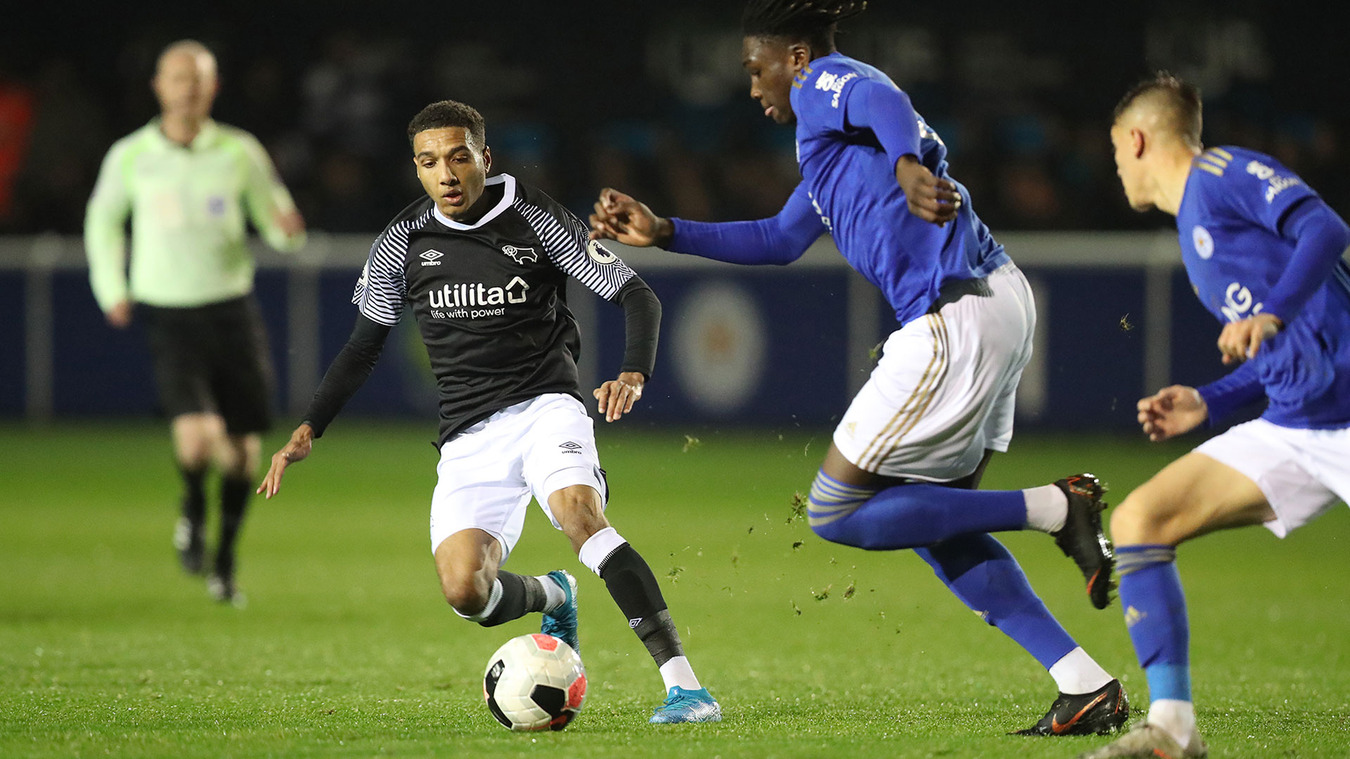 Lyons Reflects On A Tough Test For U23s Against Leicester Lyons: "Our Under-23s Have Been In Outstanding Form"

Derby County Under-23s suffered just their second league defeat of the season in a 4-1 loss to Leicester City on Monday evening.

The young Rams returned to Premier League 2 Division 1 action looking to move to ten unbeaten, however, an early goal from their East Midlands rival halted them.

George Hirst got on the score sheet first before goals from Josh Eppiah and Admiral Muskwe. Jahmal Hector-Ingram then pulled one back for the Rams with his tenth goal of the season. George Thomas then rounded off the scoring in the first half with the Foxes’ fourth goal.

It was a tough opening half for the young Rams up against a physical Leicester side. After a lively, high-tempo start by both sides, it was the Foxes who broke the deadlock and from there, gained confidence and controlled the half.

On the eight-minute mark, Muskwe’s half volley from inside the area was parried away by Josh Barnes, but it met the feet of Hirst who made no mistake in tucking it away.

Hirst looked to double his tally after 20 minutes when he broke through the back line. Ethan Wassall did well to chase him down and make an important block to deflect his effort off target.

The Foxes did find their second just minutes later. The Derby defence weren’t able to clear a long ball into the area and it fell to Muskwe again in front of goal. His effort from close range rattled off the post into the path of Eppiah who rushed in to stroke a low effort past Barnes.

The host’s third came just three minutes later. This time, Muskwe got his goal and it was a brilliant strike from just inside the area to fire into the far top corner.

The Rams pulled one back after 37 minutes from a set piece. Alex Babos sent a free kick into the area which Jordan Brown headed down for Hector-Ingram to lash in.

However, Leicester’s three-goal lead was soon restored. G. Thomas disposed Louie Sibley in the Derby half and went straight towards the goal and his powerful strike found the far corner.

The Rams came out stronger in the second half, while Leicester had lost some of the momentum that they built in the first.

Babos drew a strong save from Viktor Johansson within ten minutes with his effort from outside the area, while Hector-Ingram wasn’t quite able to connect with a cross from Lee Buchanan midway through the half.

Derby weren’t able to overcome the first-half deficit, however, and suffered their first league defeat since August.