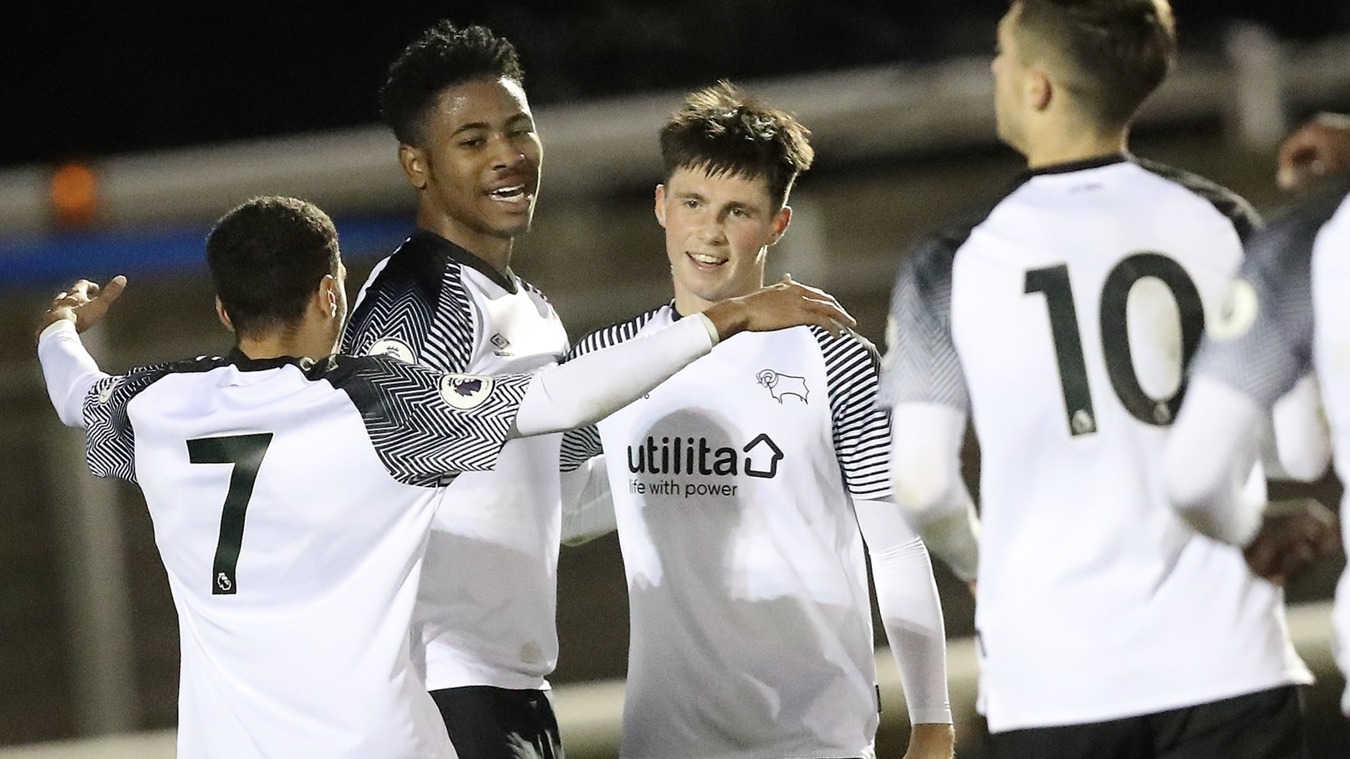 U23s All Set To Face Birmingham City In Cup Clash Lyons Looking Forward To A Busy Week For The Under-23s

The visitors tested the young Rams for the whole 90 minutes, but Derby’s lethalness in the final third earned all three points to take them to the midway point in the group stage of the competition.

Two goals in quick succession, one from Josh Shonibare and another from Jahmal Hector-Ingram, midway through the first-half gave the home side the upper hand and firmly on the front foot.

Hector-Ingram moved his goal tally on the season to 12 when he completed a first half brace with a wonderful finish. Blues pulled one back following the break after an own goal by Joe Bateman who later left the game on a stretcher with a nasty leg injury.

Jordan Brown added to the scoreline late on with his first goal for the Under-23s before Jayden Mitchell-Lawson added the finishing touches deep into injury time.

It was a steady start for both sides with no clear-cut chances at either end in the opening exchanges. The visitors were the first to pose a threat on goal calling for a great save by Jonathan Mitchell. Steve Seddon created space in the left of the box before firing across goal, but the Rams stopper dived to get his fingertips on the effort to palm it away.

It proved to be an important first goal for Derby however, just minutes later because then, the first half goals kept coming.

A brilliant ball down the middle of the park by Jordan Brown found Hector-Ingram who burst into the box but was taken down. He quickly got up, retained possession and slide the ball into the path of Shonibare who ran in to lash his effort into the bottom right corner from the edge of the box.

Just two minutes later and the lead was doubled. Shonibare rushed in to the area to receive the ball from Cameron Cresswell, only to be taken down by Tate Campbell and the referee promptly pointed to the spot. Hector-Ingram has been reliable at the spot all season and stepped up again to coolly power his effort right into the middle of the net.

Two minutes before the break, the young Rams’ leading scorer added another to his tally. Alex Babos floated a wonderful ball down the pitch to Hector-Ingram who superbly waltzed around his marker in the area before applying an impeccable finish into the top corner.

Following the break Birmingham pulled one goal back. Steve Seddon crossed in from the left and as Joe Bateman slide into clear the danger, he poked it into his own net.

Mitchell pulled out another remarkable save soon after denying Birmingham with his trailing leg when Miguel Fernandez got on the end of a cross inches away from the goal.

Babos soon got his second assist of the night when he swung his corner kick into the area for Brown to head in at the near post to pull back to a three-goal advantage.

There was time for one more goal in the 90+4th minute and this time it was Mitchell-Lawson getting in on the action. Hector-Ingram flicked the ball onto him after a pass through from Babos and the wideman lashed in a right-footed shot from just inside the area to add the finishing touches on the night.