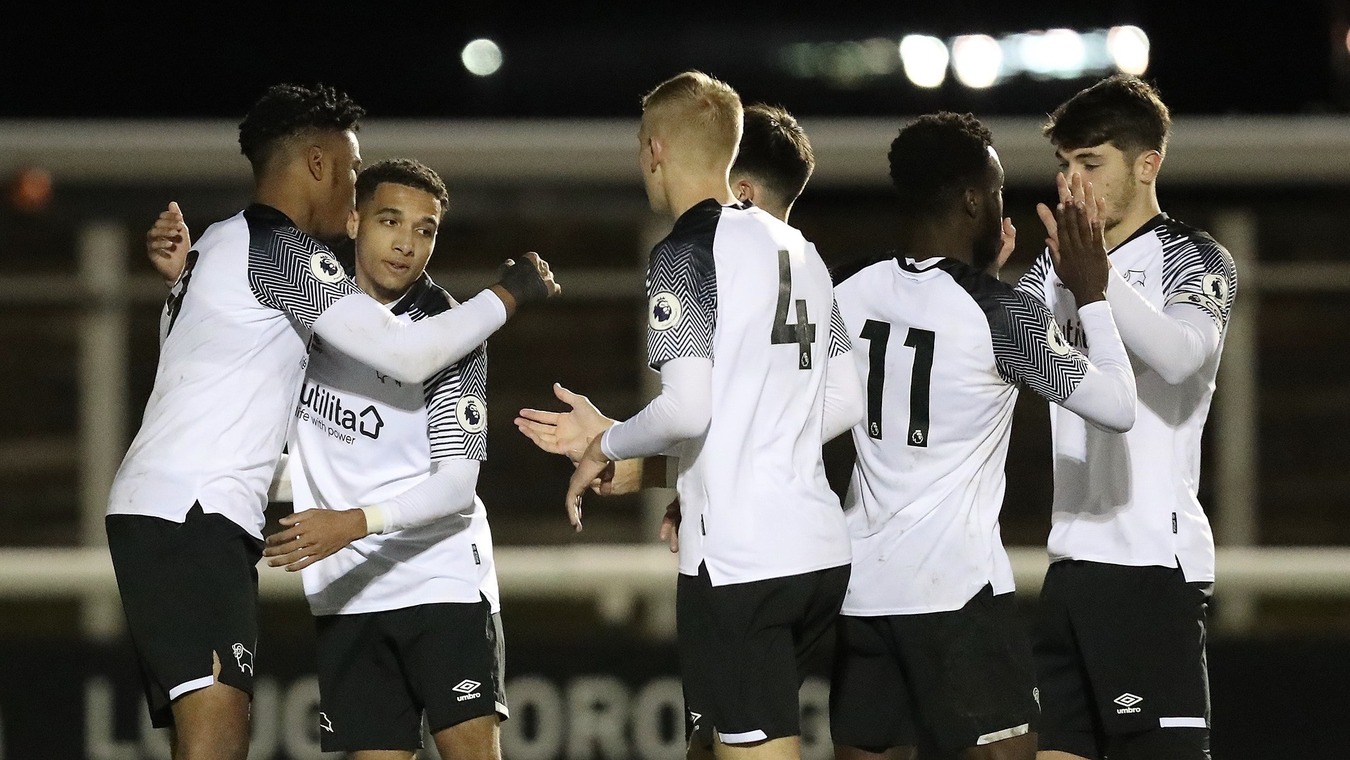 Minkley: "We Got The Job Done And We Move On" Lyons: "We Need To Keep Our Performance Levels High" Derby County Under-23s made another moment of history on Tuesday night after progressing to the Premier League International Cup quarter-finals for the first time following a 3-1 victory over Southampton.

The young Rams collected nine points out of a possible nine in the group stage with a 2-0 win over AS Monaco and a 2-1 victory over Feyenoord setting Derby up well heading into the final game against the Saints.

Despite the score-line, it was a far from comfortable victory from the young Rams who fought hard from their win coming off the back of what was described as their best performance of the season, by Craig Short, in a draw against Chelsea just days before.

Young centre-back Callum Minkley opened the scoring for Derby in the first-half, before Josh Shonibare bagged his third goal in as many games soon after the restart. Frontman, and the Rams’ leading scorer, Jahmal Hector-Ingram then buried his 14th goal of the season from the penalty spot before Sean Brennan scored Southampton’s consolation goal.

Southampton applied the pressure early, looking to pick up their first points of the competition, and put the Rams’ defence to the test. A young back-line consisting of Under-18s players Festy Ebosele an Kornell McDonald as full-back and first-year professional Minkley partnering Ethan Wassall in the middle, held strong to their advances.

Derby were almost caught out on the break after just six minutes after clearing a Rams corner, the ball was played forward from the middle of the park looking for Christian Norton, but Ebosele showed off his pace, racing back to intercept the pass.

Back-to-back chances then fell for the visitors within the space of a minute midway through the half. First, Kornelius Hansen won the ball back in the middle of the Derby half and drove into the box before firing across goal and wide of the far post. Norton then got on the end of a cross, firing over from just outside the six-yard box.

Just minutes later, Will Smallbone rifled an effort from inside the box straight into the safe hands of Jonny Mitchell.

When it came, however, the Rams took their chance well and took the lead. Alex Babos fired in a low corner which bobbled through the traffic in the goalmouth to find Minkley and the defender taped in the opening goal.

The goal ignited the Rams and just a minute later, the lead was almost doubled. Josh Shonibare broke down the left flank and fizzed in a low cross, finding Jayden Mitchell-Lawson in front of goal, but the winger fired over from inches out.

The visitors had one more chance to get on the scoresheet ahead of the break when Harry Hamblin got on the end of a cross but headed just wide of the mark.

Following the break, the Rams were quick to double their lead as they pressed high up the pitch. Jordan Brown won the race to a cleared ball by a Saint’s defender by the corner flag, and the midfielder poked the ball through to Shonibare. The forward created space just inside the area and fired his right footed shot to be Kingsley Latham.

The third goal came with just more than 20 minutes to go when Jake Vokins slid into Mitchell-Lawson in the area, and the referee immediately blew his whistle. Hector-Ingram was as cool and collected as ever as he drilled his effort down the middle and into the roof of the net.

The visitors soon found their consolation goal when Kayne Ramsay pinged a long-ball down to his opposite full-back, Vokins. He crossed in from the right and Brennan was there at the far post to tap it in.