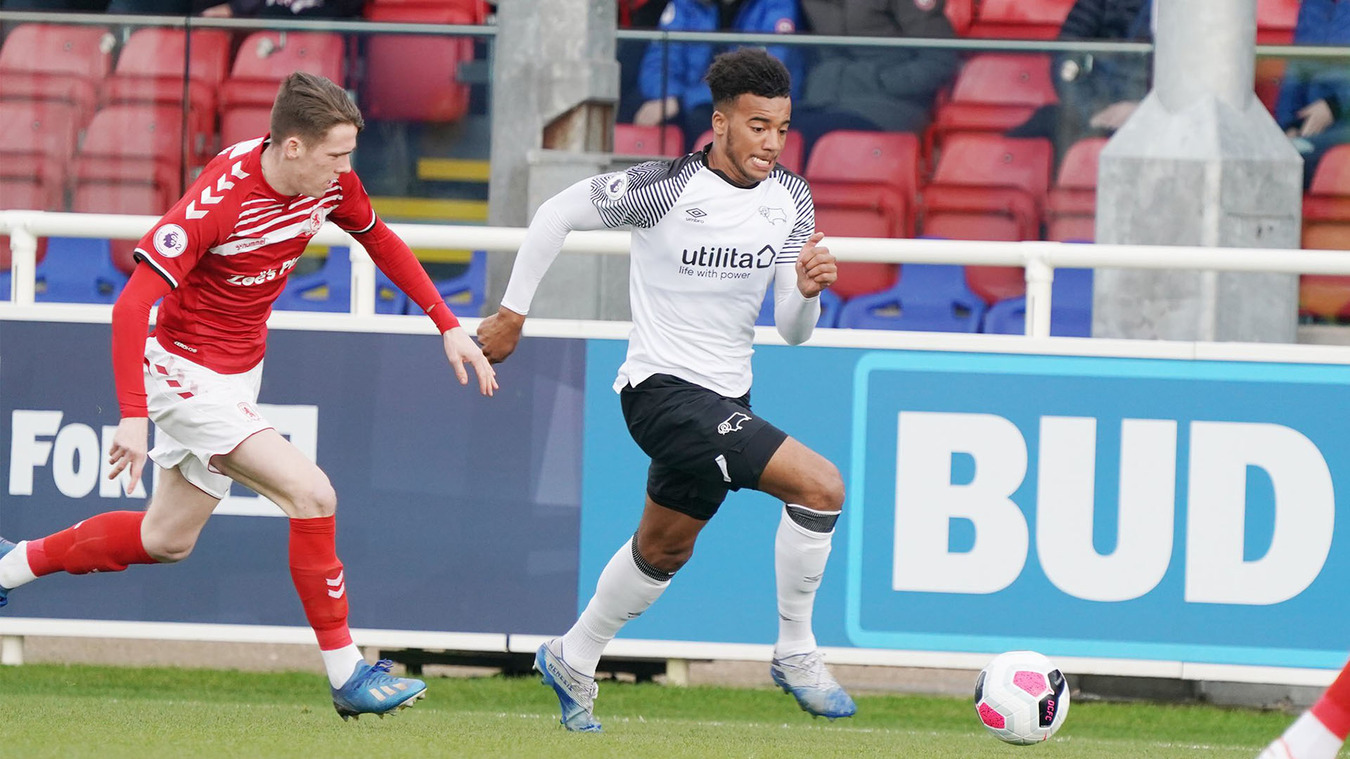 Short: "Our High Quality Finishing Was The Real Difference" Derby County Under-23s turned in a sensational display as they overcame Middlesbrough 6-0 at St George’s Park to progress to the Premier League Cup quarter-finals.

Rushian Hepburn-Murphy was on fire as he bagged a first-half brace before assisting Tyree Wilson to give the Rams a three-goal advantage after 68 minutes.

An onslaught then occurred in the closing stages as the Under-23s doubled their tally to six.

Jahmal Hector-Ingram, Ikechi Anya and Cameron Cresswell all found the net during a lethal eight minute spell to secure a comfortable and highly impressive victory for Derby.

The Rams were in charge from the first whistle with both Alex Babos and Josh Shonibare coming close before the deadlock was broken after 36 minutes.

Nine minutes later, the loanee struck his second, once again weaving past a couple of challenges prior to finding the net with a neat finish.

After the interval, Romarn Burrell had an opportunity to get Boro back into the game but could only fire wide with an acrobatic effort.

The striker was soon made to rue his missed chance as Derby hit a third. This time Hepburn-Murphy was the provider as he passed into substitute Wilson who cut back onto his left-foot before finishing calmly into the corner.

With Boro looking to reduce the deficit, the Under-23s began to cause huge problems on the counter as they added a further three goals in the final minutes.

Another substitute, Hector-Ingram, grabbed the Rams’ fourth. The frontman displayed some sensational footwork then side-footed home.

Two minutes later, Ikechi Anya got in on the act. He latched onto Hector-Ingram’s saved shot then slotted confidently past Brynn despite the Boro stopper’s best efforts to prevent the ball from crossing the goal-line.