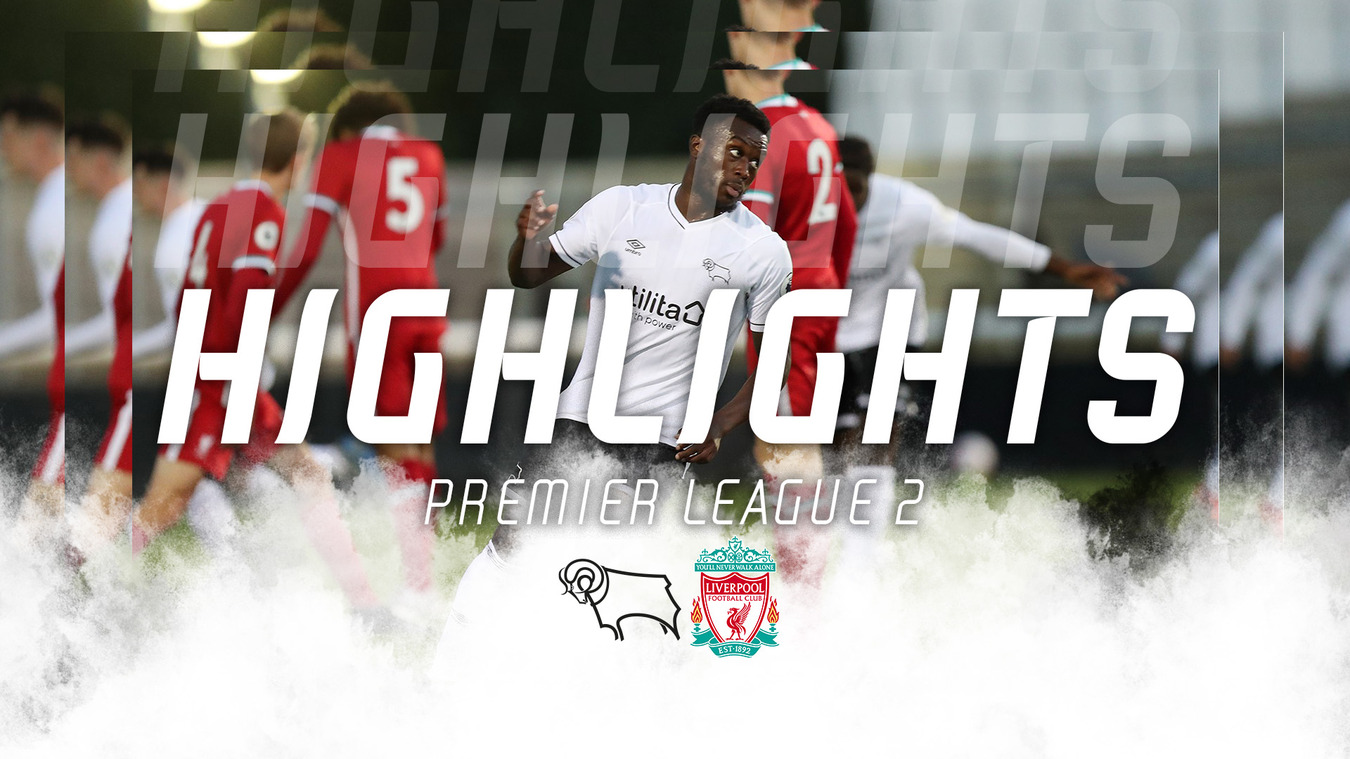 Stretton: "It Builds Confidence For The Rest Of The Season"

Lyons: "Their Attitude And Application Was First-Class"

Shonibare: "You Want To Be In The Toughest Games"

Josh Shonibare bagged his second goal in as many games to start the new season when he fired in to cancel out Jake Cain’s opening goal for the Reds.

The Rams’ winger looked a threat again soon after, but as he was brought down in the area and the ball slipped out to Jack Stretton who fired in the roof of the net.

Despite heavy pressure in the second-half, Derby’s defence held strong and denied Liverpool from finding a way back into the game.

Liverpool looked lively from the opening whistle and after just two minutes came close to opening the scoring when Liam Millar flashed a cross past the goalmouth for a waiting Ben Woodburn at the far post, but the Red’s captain turned it wide.

While Derby struggled to break down the visitors in the opening stages, they managed to deal with their pacey attack well. However, after 12 minutes Liverpool took the lead through a set-piece.

Joe Bateman was adjudged to have fouled Luis Longstaff and Cain stepped up to take the free-kick from 25 yards out. There was nothing Rams ‘keeper Manny Idem could do as he curled the effort into the top right corner.

Soon after, Idem tipped a low effort across the goal by Longstaff wide, but from there the Rams came alive.

In the 24th minute, Stretton won the ball back in the Liverpool half and poked it forward to Tyree Wilson. The winger burst forward into the box before crossing in. Ola Ibrahim let the ball through his legs for Shonibare behind who had plenty of space.

He controlled the ball with his first touch and rifled his right-footed shot straight in to the back of the net with his second.

Derby looked the most likely to score again with a brilliant passing move ending in Kornell McDonald firing an effort wide, then less than ten minutes after finding an equaliser, they took the lead.

Shonibare received a long ball and drove forward in to the area and brought down by his marker, but Stretton was in the perfect place as the ball spilled out to him to fire in from close range.

A lucky break came for Derby just ahead of the break when they failed to clear a corner and the Reds saw a shot deflected and rattle off the post before Idem leapt onto the rebound.

Derby had to hold strong on defence in the opening stages of the second-half as they rode out a relentless attack from Liverpool as they looked to draw level. They did their job well and cleared numerous corners and extinguished threats to prevent Liverpool from finding the final shot.

Meanwhile, Tyree Wilson looked bright to start the second half, doing a job on defence as well as causing problems with his pacey attack. On the hour mark, he received a long ball from Harrison Solomon, he turned to shake off his marker in the area before taking aim. However, the Reds’ keeper made the save.

The Rams held on to overcome more late pressure by Liverpool to earn all three points.

They will now have a ten-day break from action before they travel to face Everton.