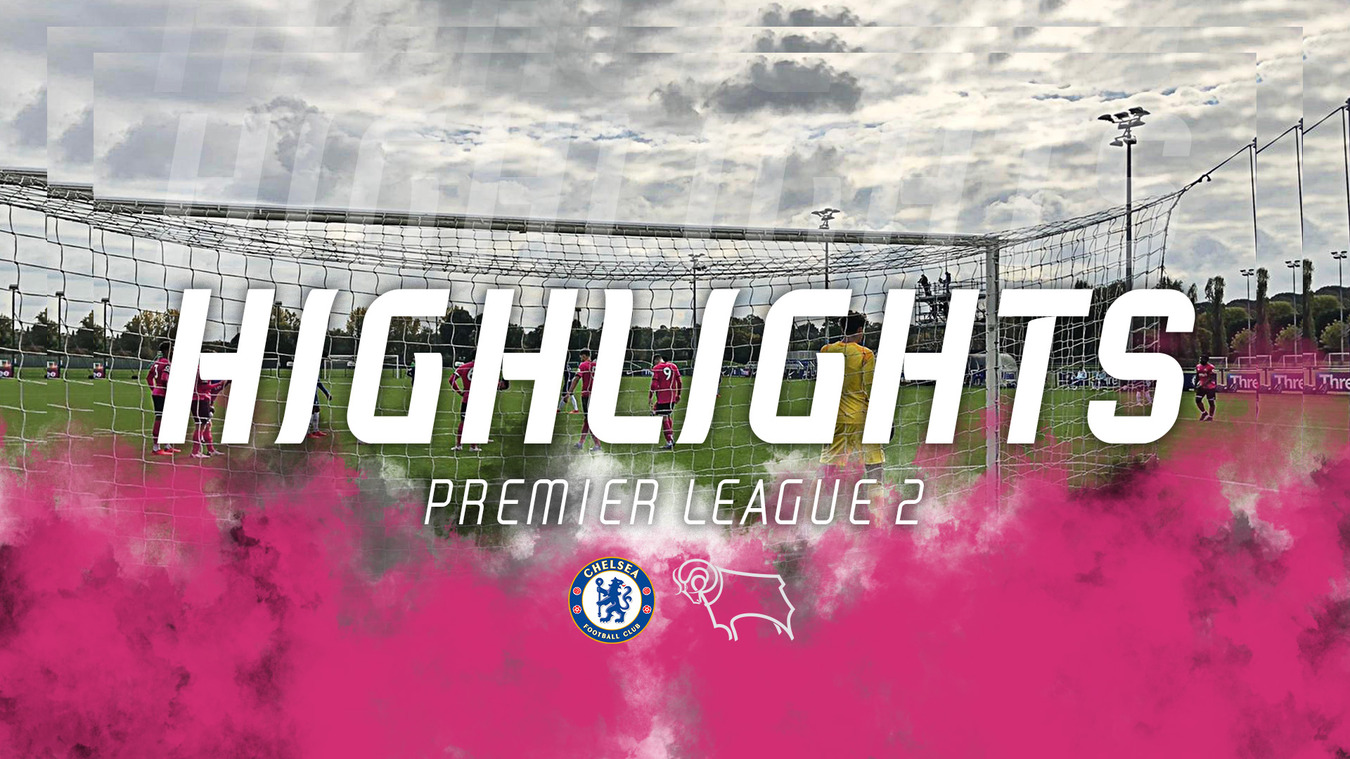 Lyons Frustrated But Proud Of His Players Following Chelsea Defeat Hutchinson Gutted With U23 Defeat Against Chelsea U23s Taste Defeat At Chelsea Despite A Brilliant Display Lyons Looks Ahead To Young Rams' Trip To Face Chelsea Lyons Discusses Under-23 Preparations Ahead Of Chelsea Test

Derby County Under-23s put on a fine performance against Chelsea at Cobham Training Ground on Saturday - but fell to a 3-2 defeat against the Blues.

After a goalless first half where the Rams had an abundance of chances, it was Chelsea to take the lead midway through the second through substitute Tino Anjorin. An instant reaction saw Derby draw level just a minute later through Rams’ leading scorer Jack Stretton with a fine finish.

Another goal soon fell and within three minutes, Derby had a deserved lead. Louie Watson had the perfect debut coming off the bench and getting on the end of a cross from Josh Shonibare.

But with 15 minutes left to play and two Rams players on the floor injured, Brian Fiabema levelled the score once more.

The Rams started on the front foot and asserted their dominance from the opening whistle. Within four minutes, they almost grabbed the lead in what was the first of plenty near misses in the first 45 minutes.

Chelsea had a free kick deep in their own half and Tyree Wilson managed to intercept the ball as the Blues tried to play out. The winger then sent a perfectly weighted pass into the area. Connor Dixon raced on to it but thrashed his effort just wide.

By the 15-minute mark, more chances fell as Jack Stretton’s cross was unable to be converted at the back post and Isaac Hutchinson drove to the edge of the box and drilled a low shot on target for Lucas Bergstrom to scoop up.

Derby continued to look the better side as the opening half went on, with Stretton being brought down on the edge of the box, only for Wilson’s free-kick effort to land in the hands of Bergstrom.

However, after 36 minutes, it was Chelsea who had the best chance of the half, with their only shot as they had been stifled by the Rams defence. Lewis Bate found space just inside the area and drilled a low shot across goal but a stunning save by Brad Foster saw it tipped just past the post.

With five minutes left to play, Archie Brown floated a pin-point cross into the goalmouth for Stretton as he went up against Bergstrom, but somehow the keeper managed to get his hands on the ball before the striker could head home.

In the final minutes of the half, it was hard to believe the Rams hadn’t grabbed the lead as Wilson saw his close-range effort cleared off the line by Tino Livramento just before Josh Shonibare’s effort was also blocked in the area.

Derby continued as they left off to open the second half with Shonibare trying his luck from the edge of the box and Bergstrom again grabbed the effort.

Despite all of their hard work and without a deserved goal, the Rams fell behind on the hour mark when Anjorin fired in the opening goal.

That only kicked Derby into another gear, to find the only thing that had been missing – a goal. Within a minute, Stretton levelled the score. The striker was composed as ever when he was played through into the area, picked his spot and lashed the ball into the back of the net.

The deserved lead came three minutes later. Shonibare picked up the ball on the halfway line and drove all the way forward into the box before crossing in for Watson to fire in.

With just more than 15 minutes left to play, Chelsea levelled the score once more. Wilson was on the ground with an injury after slipping, but play resumed with him on the floor for Fiabema to pick up a loose ball on the edge of the box and fire past Foster.

In added time, the Rams suffered a blow as Fiabema got his second when Thierno Ballo squared to him in the box to convert.

The Rams will be in action again next Friday when they take on Southampton at Moor Farm.