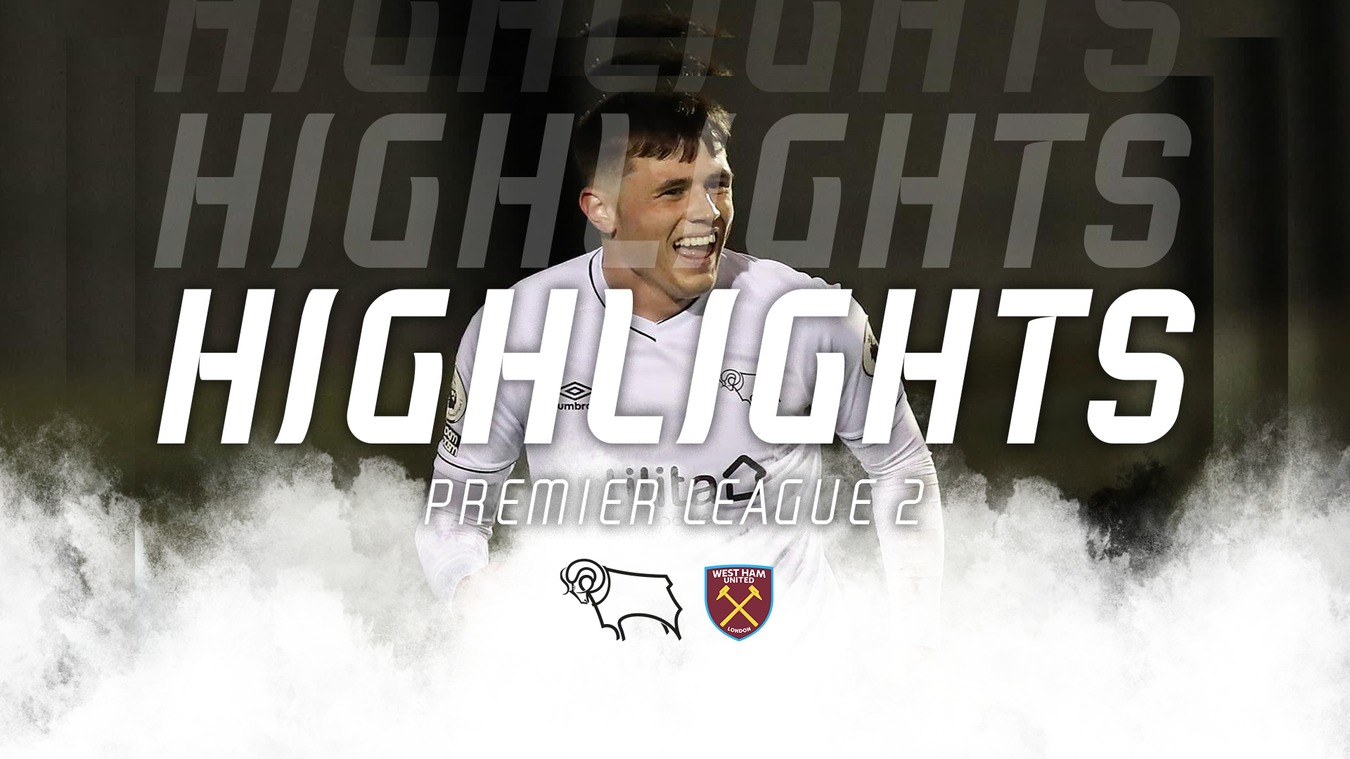 Stretton: "Three Points And A Hat-trick Is Not Bad!" Lyons: "We Want To Have A Good Week And Get More Points On The Board" Jack Stretton bagged a superb hat-trick to help Derby County Under-23s to a 3-2 victory over West Ham United to move to the top of Premier League 2 Division 1.

The striker opened the scoring after just two minutes, rifling in from close-range. Midway through the second-half he doubled his tally when he latched on to a Brilliant through ball by Krystian Bielik, who played the full 90 minutes, and a cool finish hit the back of the net.

Deep in the second-half, Morgan Whittaker was brought down in the box to earn a penalty which Stretton made no mistake in converting. His seventh goal of the season moved him to the top of the scoring charts.

However, late goals from Conor Coventry and Oladapo Afolayan narrowed the scoreline. Bobby Duncan also made his Rams debut coming off the bench.

It was the perfect start for the Rams who grabbed the lead after just two minutes. Morgan Whittaker intercepted a short pass from West Ham keeper Joseph Anang and drove forward into the box. The ball popped out and Kornell McDonald jumped on to the loose ball and took aim from a tight angle and the effort was deflected into the path of Stretton to slot in.

Back-to-back chances fell for Derby inside 12 minutes through brilliant football. The young Rams moved the ball well and pressed high to result in Louie Watson’s low shot being blocked. Moments later, Jordan Brown pinged a ball into the box for Stretton to head from close range, but it went safely into the hands of Anang.

Midway through the half, West Ham had their best opportunity and should have scored if it wasn’t for a brilliant save by Manny Idem. Oladapo Afolayan took aim from inside the six-yard box, but was denied by an instinctive foot block to parry his effort.

However, five minutes later the Rams doubled their lead. A quick move from a goal kick saw a superb long ball through from Bielik to Stretton to run on to and coolly apply the finish from close range past Anang.

He looked to replicate that goal with just over five minutes left in the half, latching on to a through ball from Watson to drive into the area. This time, the West Ham keeper read him well and collected the ball before he could pull the trigger.

The Hammers had one final effort in the first half, again through Afolayan after winning the ball back on the half-way line and hitting Derby on the counter-attack. The winger then took aim from a tight angle, but Idem was there to grab the danger.

The Hammers came out in the second-half looking for a response and a way back into the game. Immediately Idem was tested, batting a close-range effort over his cross bar before Harrison Ashby flashed a dangerous cross along the face of the goal, but no one was at the back post to convert.

Their best chance to get back into the game came ten minutes in to the half when the ball fell to Josh Okotcha on the edge of the box and he rifled an effort of the woodwork before the offside flag was raised as the Hammers looked for a second chance off the rebound.

But it was the Rams who extended the lead with just more than ten minutes left to play. Whittaker was brought down in the area and gave Stretton the nod to take the spot kick. The striker made no mistake to rifle the effort into the left corner, sending Anang the wrong way.

Immediately after, however, West Ham pulled one back when Coventry’s cross was helped in by the wind.

Soon after they had another to make it a nervy ending for Derby. Kamari Swyer’s shot came off the far post for Afolayan to tap in.

Derby were able to see the game out and will look to back that up on Friday when they travel to face Tottenham Hotspur.