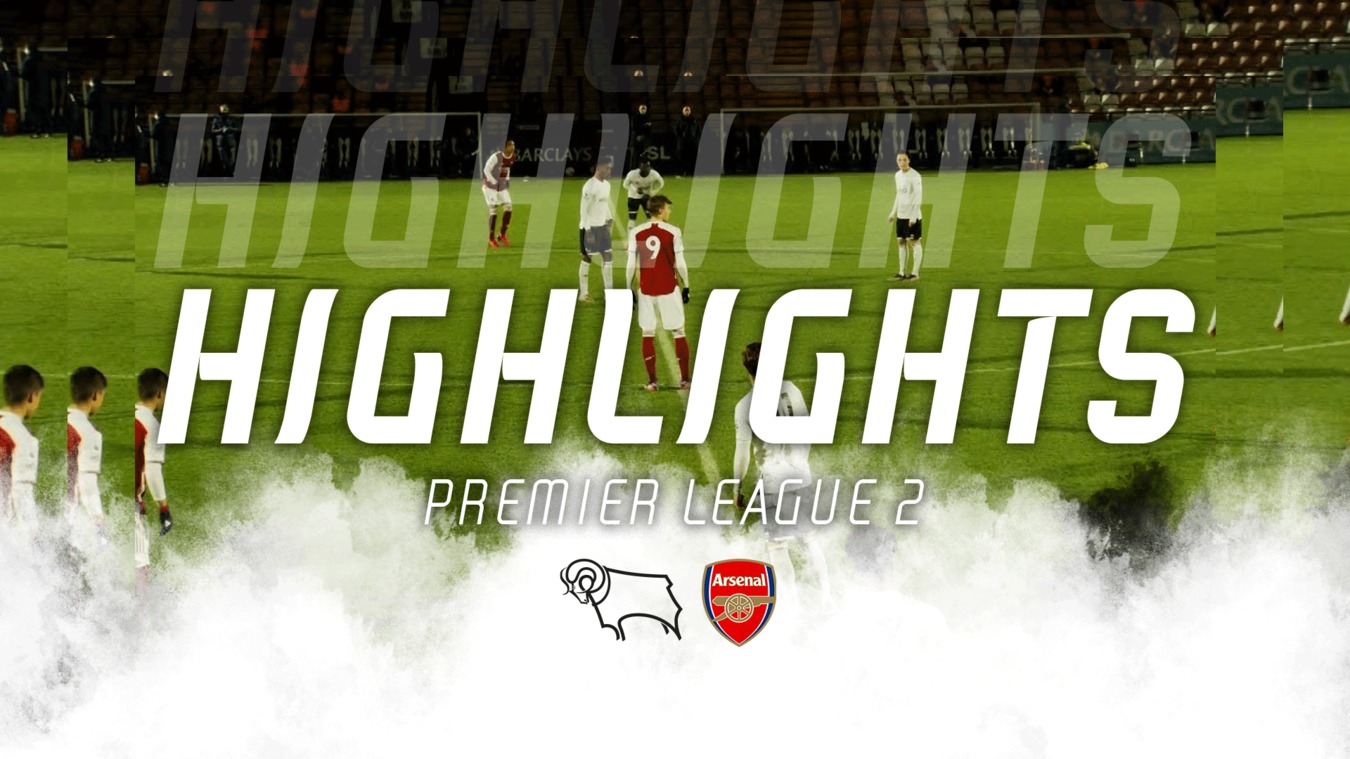 U23s Fall To Defeat Against Arsenal

Lyons Excited To Get Back To Action Against Arsenal Shot-Stopper Foster Reflects On His Season So Far Lyons: We've Got To Keep Pushing And See Where It Takes Us" Foster: "I've Just Got To Take Opportunities When I Get Them"

Derby County Under-23s fell to a 3-1 defeat to Arsenal in the Premier League 2 Division 1 on Friday evening.

Ben Cottrell opened the scorin for the home side early in the first-half, converting from the penalty spot before Jordan Brown cancelled his effort out late in the half with a fine finish from close range.

The Gunners came out fighting in the second-half after Derby finished the first on the front foot and within minutes regained the lead through Nikolaj Moller and extended it soon after through Kido Taylor-Hart.

The Rams were reduced to ten men with 20 minutes left to play when Kornell McDonald was shown a second yellow and the visitors couldn’t find a way back into the game.

The Rams tested the goal within the opening five minutes when McDonald’s shot from the right flank was tipped over and on to the roof of the net.

As both sides started with high intensity, it wasn’t long before Arsenal pressured the goal too. After Derby struggled to clear the lines and the ball fell to Calum Chambers shot well off-target from the edge of the box.

But the hosts took the lead after 12 minutes after they were awarded a penalty when McDonald brought Kido Taylor-Hart down in the area. Cottrell struck down the middle from the penalty spot as George Sykes-Kenworthy dived to the left.

Just ten minutes later, the Rams were awarded a penalty after a good run by Josh Shonibare saw him brought down in the area. Jahmal Hector-Ingram stepped up to the spot and drilled a low effort down the middle that clipped the legs of Arthur Okonkwo.

The Rams were the better side in the closing stages of the first-half and were rewarded with four minutes to go after a good team move. Cameron Cresswell floated a cross in from the right and J. Brown was waiting at the back post with a superb finish to find the back of the net.

Derby instantly almost took the lead when Isaac Hutchinson won the ball back on the half-way line and drove forward to fling an inviting cross in front of the goal. But Josh Shonibare couldn’t quite meet it at the back post.

The break came at the wrong time for the Rams as Arsenal came out fighting in the second-half and regained the lead within three minutes. Catalin Cirjan found Moller inside the area and he fired a low shot past Sykes-Kenworthy.

Less than ten minutes later that lead was extended through Taylor-Hart. After being teed up by Miguel Azeez, he had space in the right of the box to set his shot and fire into the top left corner.

Further troubles for the visitors came with 20 minutes left to play as McDonald was shown a red card after picking up a second yellow.

As the Gunners enjoyed long spells of possession to see the game out as Derby struggled to find a way back in the game. Archie Brown did find the back of the net with seven minutes left to play, but the whistle was blown for offside.

Sykes-Kenworthy made a brilliant save in the 90th minute to deny a lethal shot across goal by Taylor-Hart who had been outstanding in the second-half for the hosts.