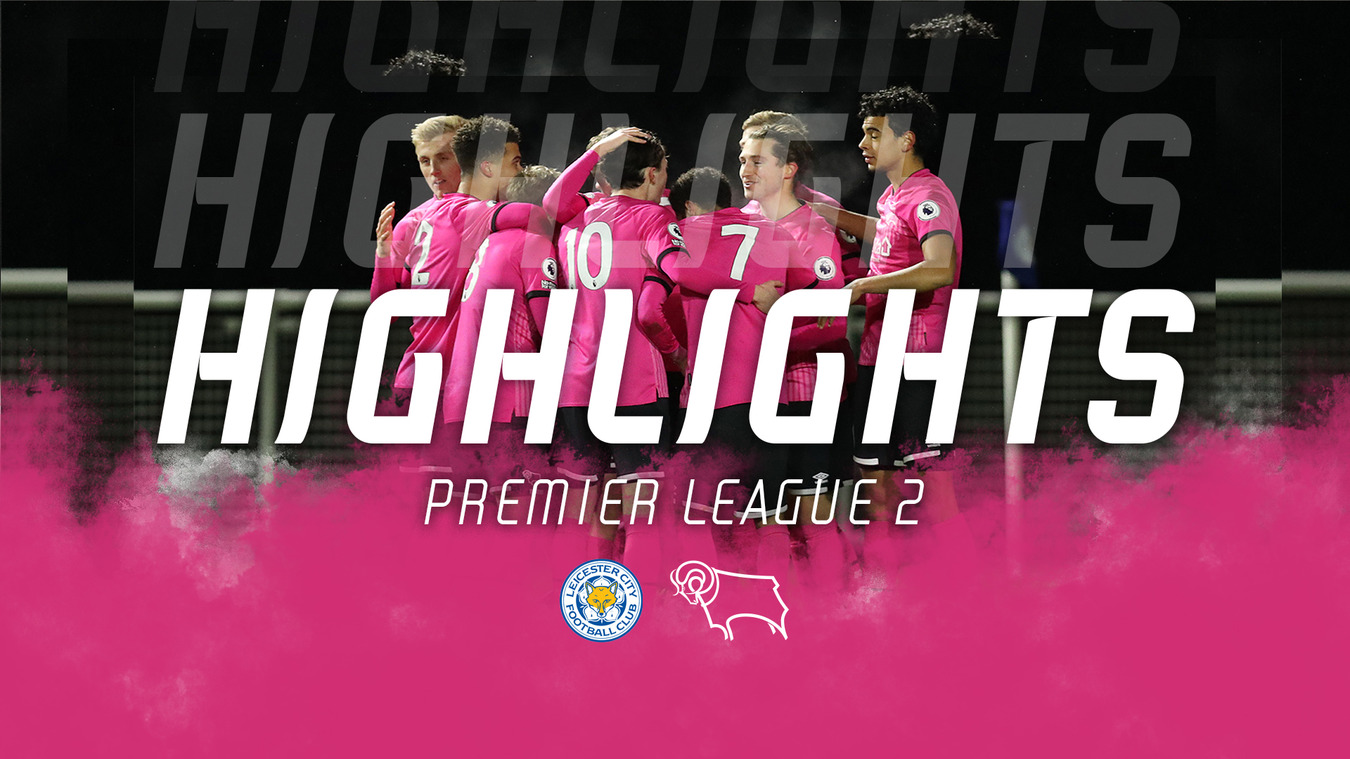 Lyons: "We Wanted That Performance" Williams: "It Is A Proud Moment For Me" Thompson: "We've Got To Make Sure We Do The Basics" Derby County Under-23s returned to their winning ways with a 2-1 victory over Leicester City on Monday evening.

First-year scholar Dylan Williams bagged his first goal for the Under-23s to give the Rams an early lead with a fine finish before Cameron Cresswell doubled the lead inside 15 minutes with a fine header from a set-piece.

The Foxes pulled one back in the opening stages of the second half through substitute Will Russ who headed in from a set piece.

It is the first time the Rams have completed the league double on Leicester since their promotion to Premier League 2 Division 1.

It took just seven minutes for the Rams to take the lead. Louie Sibley picked up the ball on the half-way line and made a driving run down the middle of the pitch. He picked out Williams down the left who took on his marker, Danny Simpson, in the box who went to ground for Williams to apply the fine finish into the far corner.

That lead was doubled after 14 minutes when Kornell McDonald was brought to the ground and was awarded a free-kick from 30 yards out. Liam Thompson sent a perfect ball into the box and Cresswell rose the highest to guide his headed effort into the corner.

Straight down the other end, Leicester delivered a free-kick into the area and Joe Bateman got his head on it first at the back post, but it landed for the Foxes to take aim. Manny Idea jumped to grab the effort which he secured using the help of the crossbar.

Just after the half hour mark, Sammy Braybrooke was played through on goal to go one-on-one with Idea. The Rams stopper got a crucial foot in to tap away the ball and Braybrooke picked up a yellow card for the dive in the area.

The Rams came close to a third with just over five minutes left to play in the half when Louie Watson won the ball back on the halfway line and drove towards the edge of the box. He squared the ball to Sibley who fired across goal and saw his effort palmed wide.

Leicester pulled a goal back ten minutes after the break when they were awarded a free kick in the Derby half. Callum Hulme delivered the ball to the back post and Johnly Yfeko sent the ball back across the face of the goal to Russ to head in from close-range.

Immediately down the other end, Sibley made a good run to the edge of the box and was brought down by Simpson. He stood over the set-piece and sent it over the crossbar.

Sibley was in the thick of the action again just a minute later when Thompson found McDonald to the right of the area. He played a neat one-two with Jayden Mitchell-Lawson before crossing into to Sibley. He pulled the trigger from close-range and it was palmed away by Jakub Stolarczyk.

With 15 minutes left to play, Sibley received the ball on the halfway line and drove down the left flank. He fired a cross in looking for Cresswell at the back post, but Yfeko charged in to make a clearance for the Foxes.

In the final minutes, Mitchell-Lawson came close to extending the lead when he latched on to a through ball from Sibley and went one-on-one with Stolarczyk. He took aim, but was denied by an instinctive save that saw his effort palmed onto the crossbar.