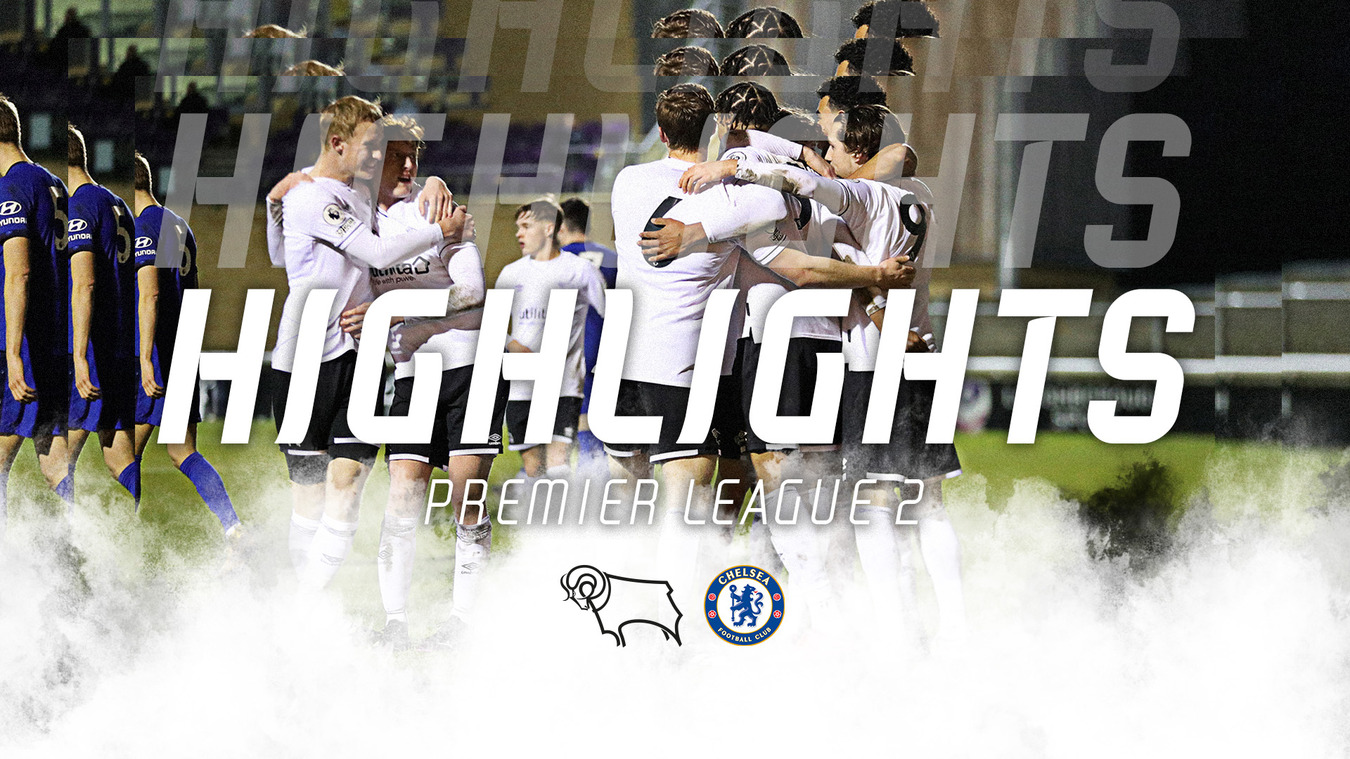 Lyons Looks Back On Under-23s Victory Over Chelsea Lyons: "We Have To Get Back To Some Consistency" Brown Delighted To Be Back Playing With Under-23s

Derby County Under-23s secured back-to-back victories after they came from behind to defeat Chelsea 2-1 in the Premier League 2 on Monday evening.

George McEachran fired home a free-kick shortly after the half-hour mark, before Bryan Fiabema had the chance to double their lead shortly after the break from the penalty spot, but his spot-kick came crashing back off the woodwork.

The Rams made Chelsea pay for the missed spot-kick, as two second-half strikes from Cameron Cresswell, including an 87th-minute winner, secured all three points for Derby.

The victory moves Derby level on points with Chelsea in the Premier League 2 Division 1 table, as the Rams leapfrog Everton into sixth position.

Derby made five changes from the victory at Leicester City last time out, and almost fell behind in the opening quarter of an hour, but an important block inside the six-yard box from captain, Jordan Brown denied Thierno Ballo an opener.

Ballo tested George Sykes-Kenworthy soon after, but both of his strikes from outside of the area were well-held by the Rams' stopper.

The breakthrough eventually came shortly after the half an hour mark as Valentino Livramento drove through the heart of Derby's midfield and was brought down by Liam Thompson for a free-kick 25 yards from goal.

McEachran stood over the set-piece and struck through the wall and into Sykes-Kenworthy's far corner to give the visitors a 37th-minute lead, which they held until the break.

Chelsea had the opportunity to double their lead eight minutes into the second-half as Livramento was fouled again, this time by Archie Brown, and in the penalty area, but Fiabema's penalty crashed back off the crossbar.

The spot-kick miss seemed to spur the Rams forward, as they looked to grab an equaliser as the game headed towards its final 30 minutes.

The leveller did come in the 64th minute as J. Brown's free-kick wasn't cleared properly by the visitors, allowing A. Brown to nod towards Cresswell, who showed a poacher's instinct to slip a close-range effort past Karlo Ziger.

Bobby Duncan replaced Connor Dixon immediately after the goal, as the Rams added more attacking power in search of a winner.

Derby's persistence paid off in the final three minutes as a ball over the top by substitute Duncan set Cresswell free, and after Ziger rushed out of his goal and missed his clearance, allowed the Rams forward to slot home his second of the night into the empty net.