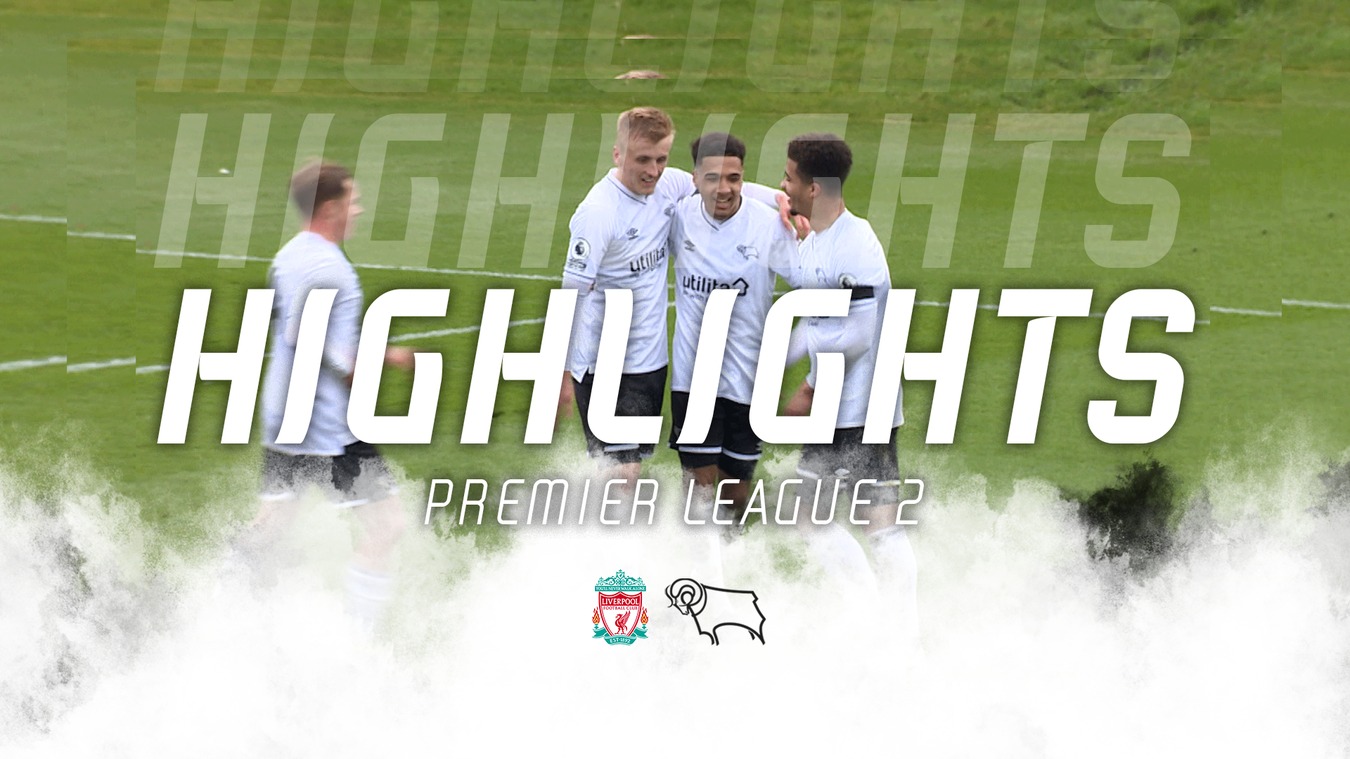 Derby County’s Under-23s picked up their third win in five Premier League 2 – Division 1 matches with an impressive 4-1 victory at Liverpool on Sunday afternoon.

Pat Lyons’ side were three goals to the good at half-time thanks to strikes from skipper Jordan Brown, Tyree Wilson and Cameron Cresswell.

Kornell McDonald added Derby’s fourth after the interval, before Tyler Morton’s consolation for the hosts rounded off the scoring.

Full-back McDonald and attacking midfielder Louie Sibley were given run-outs after being unused substitutes for the first-team in the 1-0 loss at Coventry City on Saturday.

The win has taken the Rams up to fifth spot in Premier League 2 – Division 1 with 27 points from their 18 fixtures in the league to date.

A minute’s silence took place prior to the fixture against the Reds in memory of former Derby Academy player Matty Langton, who sadly passed away a few days ago.

Next up for the Under-23s is a home fixture against Tottenham Hotspur at Loughborough University Stadium on Monday 15th March (7pm kick-off).