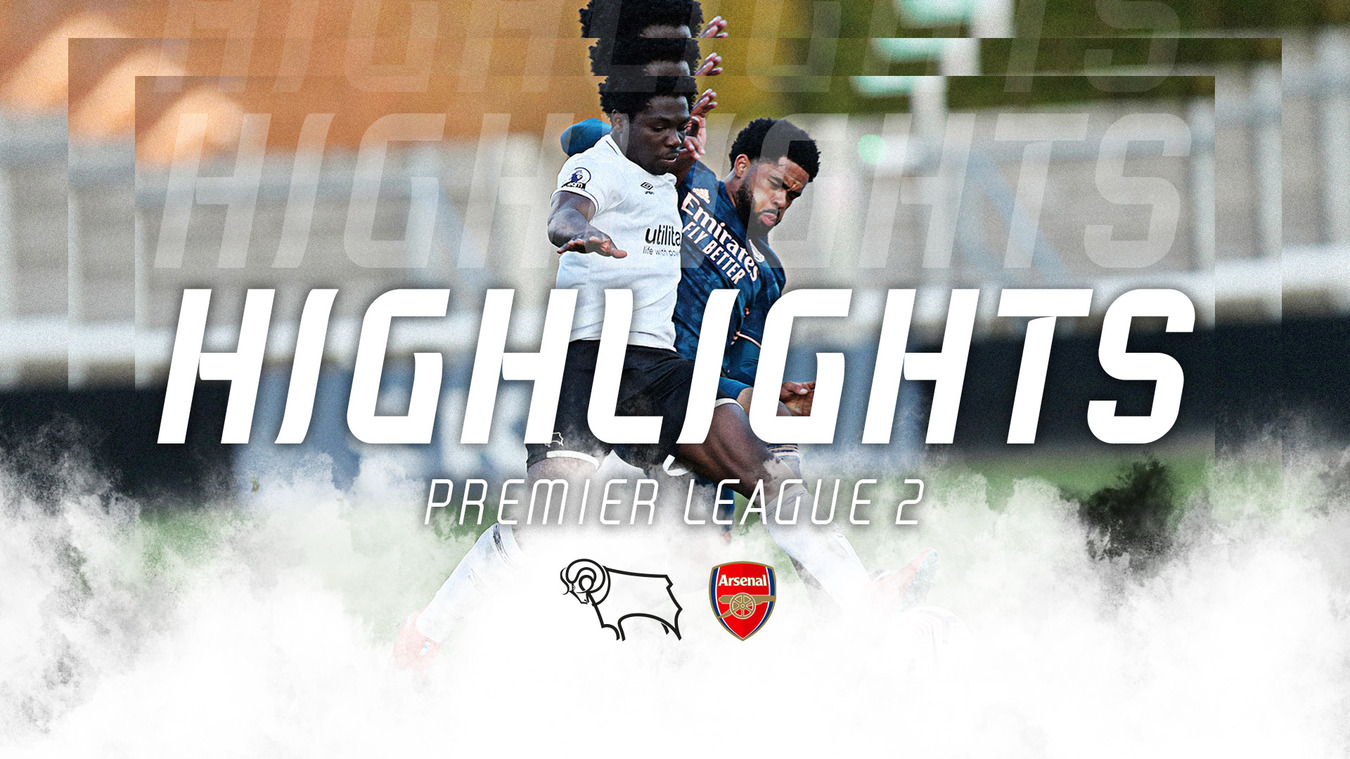 Ebosele Hoping U23s Can Bounce Back Quickly From Arsenal Defeat Lyons: "We Want To Make Sure We Finish Strong" Mitchell-Lawson: "We Are In A Good Place"

Derby County Under-23s fell to a 3-2 defeat against Arsenal in their penultimate Premier League 2 - Division 1 home game of the 2020/21 season at Loughborough University Stadium. 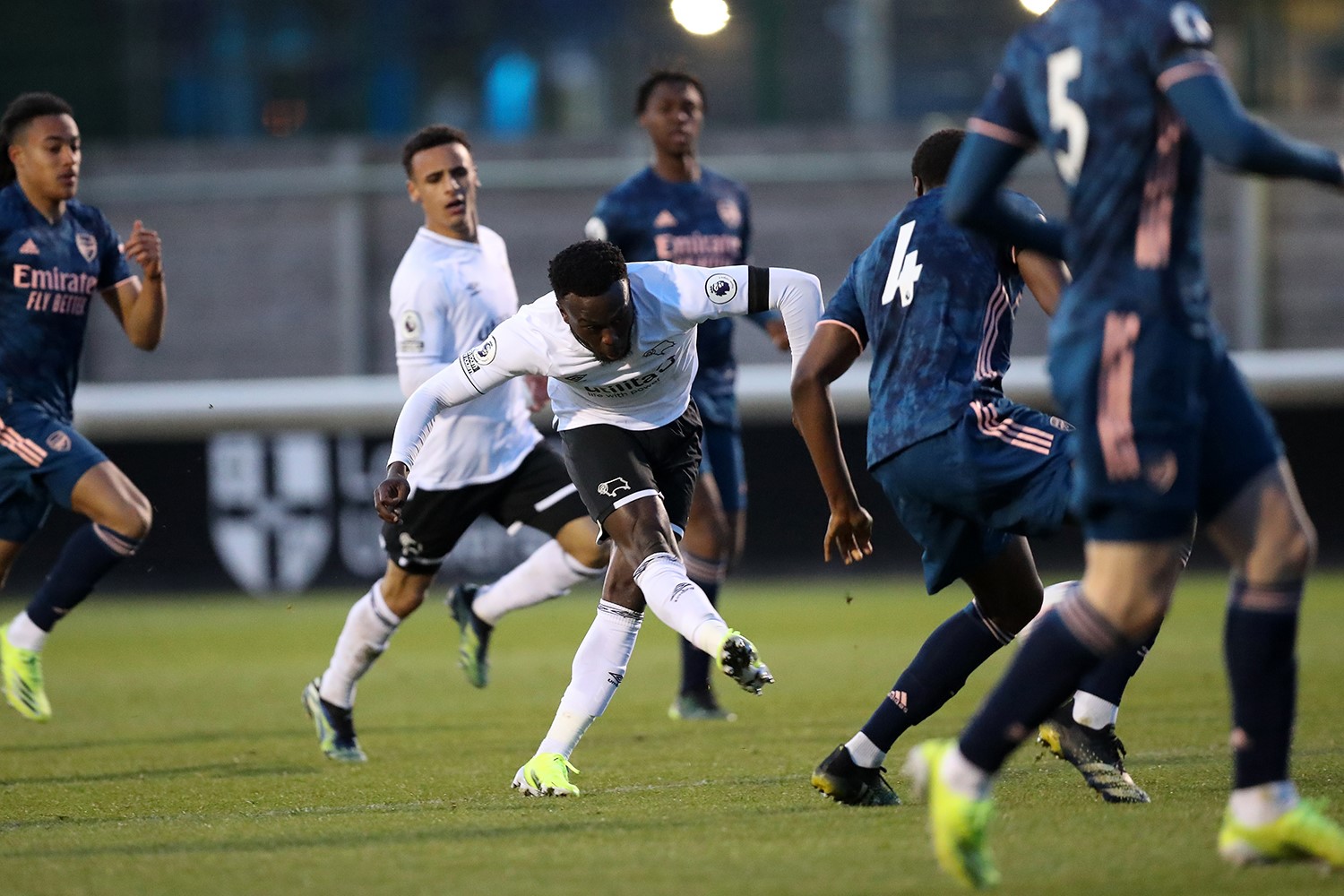 Cameron Cresswell opened the scoring in the first half from the penalty spot after Festy Ebosele burst down the full length of the pitch before being taken down in the area.

Soon into the second half, Arsenal drew level through Kido Taylor-Hart only for Josh Shonibare to fire the Rams back in front. However, with 20 minutes left to play, the Gunners equalised again through Flo Balogun before Joe Bateman turned in Arsenal’s free-kick as he looked to clear at the back post late on.

There was a moment of silence ahead of the game in memory of His Royal Highness Prince Philip, Duke of Edinburgh, following his passing at the age of 99 last week.

Derby’s Josh Shonibare took no time in getting forward and looking to put his mark on the game early on as he drove into the left side of the area and created space to fire a low effort towards goal that was equalled by Karl Hein.

It set the precedence for the opening stages of the half as the Rams looked quick and bright going forward after three weeks without a competitive fixture. Five minutes later, Cresswell was taken down in the area, but despite strong appeals for a penalty, the referee instead wrote the Derby forward in his book for an adjudged dive.

While Arsenal didn’t George Sykes-Kenworthy between the sticks for Derby early on, the home side created a couple of chances midway through the half but couldn’t find the end product.

Tyree Wilson picked up a loose ball in the Arsenal half and quickly fed forward to Cresswell, but his whipped cross had a bit too much power as the Rams pushed for the opener. After another good spell of possession, after building up from the back, Ebosele fed through to Connor Dixon in the area who squared across goal, but Cresswell couldn’t meet it at the back post.

After 40 minutes, the Rams had the lead. Ebosele slipped past his first man and burst through another two to sprint down the entire length of the right flank before he was tripped in the area by Joel Lopez.

Cresswell stepped and drilled the penalty down the middle and into the back of the net to give Derby a half-time lead.

Five minutes into the second-half, the Gunners found the equaliser. Sykes-Kenworthy tipped a deflected shot around the top corner, but the Rams couldn’t deal with the resulting corner. After failing to properly clear the delivery, Taylor-Hart was in the right position to rifle a shot into the back of the net.

The Rams showed an instant reaction as Wilson went to battle with Azeez on the half-way line and won the ball. Shonibare sprinted forward for Wilson to play the ball to his feet. As he broke into the area, the forward unleashed a fine effort to regain the home side’s lead.

However, with 20 minutes left to play Arsenal levelled the score again at 2-2. Trae Coyle squared the ball across the area and Balogun’s first time effort nestled into the bottom left corner.

Derby had a chance to regain the lead ten minutes later after Dixon won the ball back and sent a long pass over the top to Shonibare, who was fouled just outside of the area. Jordan Brown stood over the free-kick, which he sent just over the crossbar.

But it was Arsenal who found the back of the net to go 3-2 ahead with time running out. Coyle sent a free-kick towards the back post from the right of the area, which was turned into his own goal by Bateman as he looked to swing the ball clear.