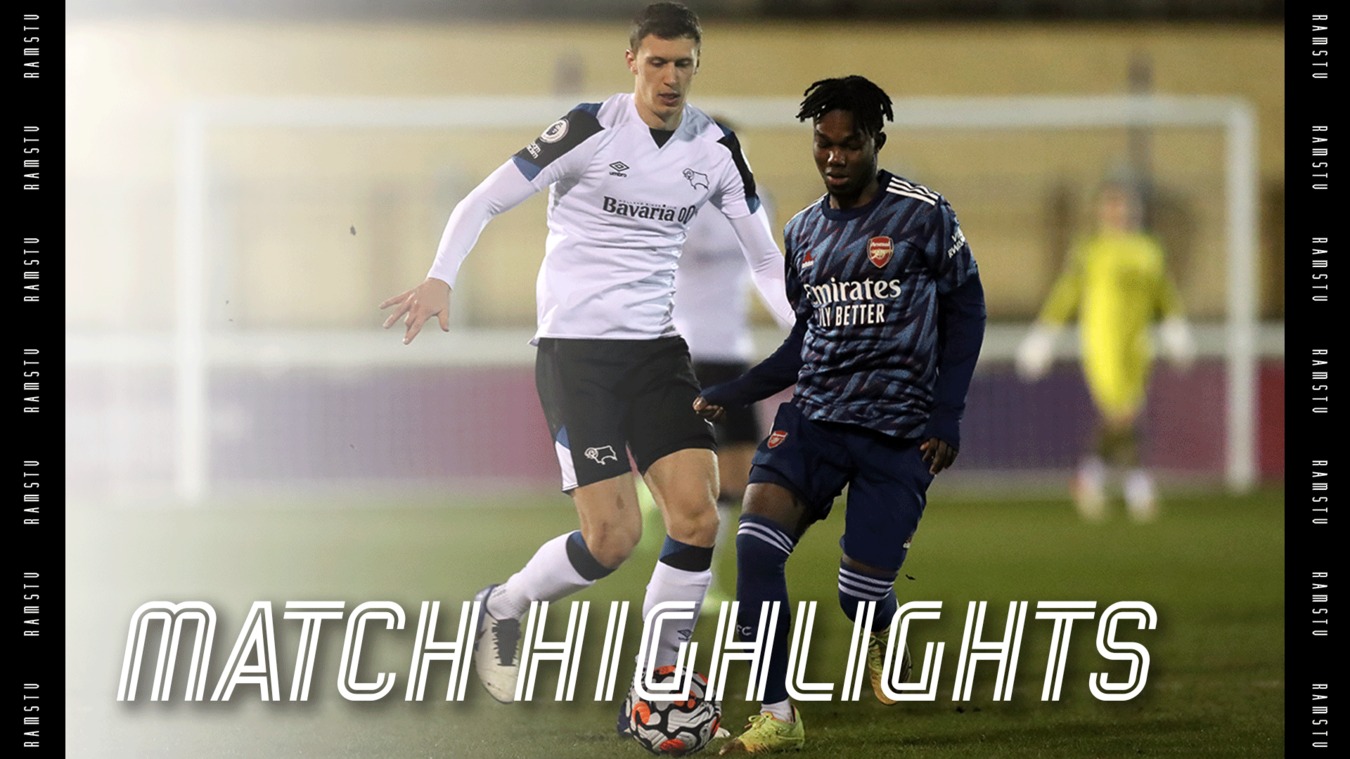 Bielik To Step Up Comeback With Under-23s Outing

Derby County’s Under-23s picked up their first league point of 2022 in Premier League 2 - Division 1 as they played out a 1-1 draw with Arsenal on Friday evening.

Derby took the lead at Loughborough University Stadium in the first half through midfielder Isaac Hutchinson’s finish, but Ben Cottrell’s penalty just after the hour mark earned the visitors a share of the spoils.

Rams midfielder Louie Watson had a late penalty of his own saved but, after back-to-back league defeats to start 2022, the Under-23s registered a welcome point onto their tally as they look to retain their status in the top tier of Premier League 2 for the seventh successive season.

Krystian Bielik got 45 minutes under his belt against the Gunners in his first run-out after suffering a serious knee injury for the first team a year ago, in a significant boost for Wayne Rooney as he continues to edge towards a return to the squad in the not-too-distant future.

Pat Lyons was without midfielder Connor Dixon once again with a foot problem, which opened the door for youngster Darren Robinson to start once more in the middle of the park, while right-back Kornell McDonald continued to captain the side with Eiran Cashin currently with the senior squad.

Derby started on the front foot and had a few early opportunities, albeit not clear chances, before defender Max Bardell saw his close-range header saved by Ovie Ejeheri in the Arsenal goal with after 12 minutes.

Their early pressure was rewarded, however, after 17 minutes as Hutchinson found the net with his first league goal of the campaign. Louie Watson’s free-kick on the edge of the box hit the visitors’ wall and fell into the path of Hutchinson who, on the stretch, drove the ball into the back of the net.

Arsenal thought they were back on level terms on the half-hour mark as Joel Ideho fired an effort towards the top corner, but Harrison Foulkes made an outstanding stop to push the ball onto the post and preserve the Rams’ lead.

The shot-stopper was required again before the break as he denied Nathan Butler-Oyedeji, pushing his effort from inside the box behind for a corner, while the Gunners also hit the woodwork through Mazeed Ogungbo in the closing seconds of the half.

Derby went into the break a goal to the good and deserving of their lead, particularly after flying out of the traps in the early exchanges, despite Foulkes being called into action on a couple of occasions.

As planned, Bielik came off at half-time with Courtney Clarke replacing the Polish international in the centre of the park and the substitute came close to doubling the Rams’ lead on the hour as he fired over from distance.

Arsenal got themselves back onto level terms, though, on 63 minutes with Foulkes unable to keep out Cottrell’s penalty after a foul in the box by Max Bardell on Zach Awe.

Chances were limited throughout the second period but the Rams did go close as the clock ticked with substitute Ebiowei, a former Arsenal player, forcing a save from Ejeheri.

With just two minutes of normal time remaining, Derby were presented with a golden chance to win the game as McDonald was brought down in the penalty area by Joel Lopez - but Watson saw his penalty was kept out by Ejeheri, leaving the Rams to settle for a point.

Derby’s Under-23s have just over two weeks to wait until their next Premier League 2 - Division 1 fixture, which will see them host Manchester City at Loughborough University Stadium on Monday 7th February (7pm kick-off).