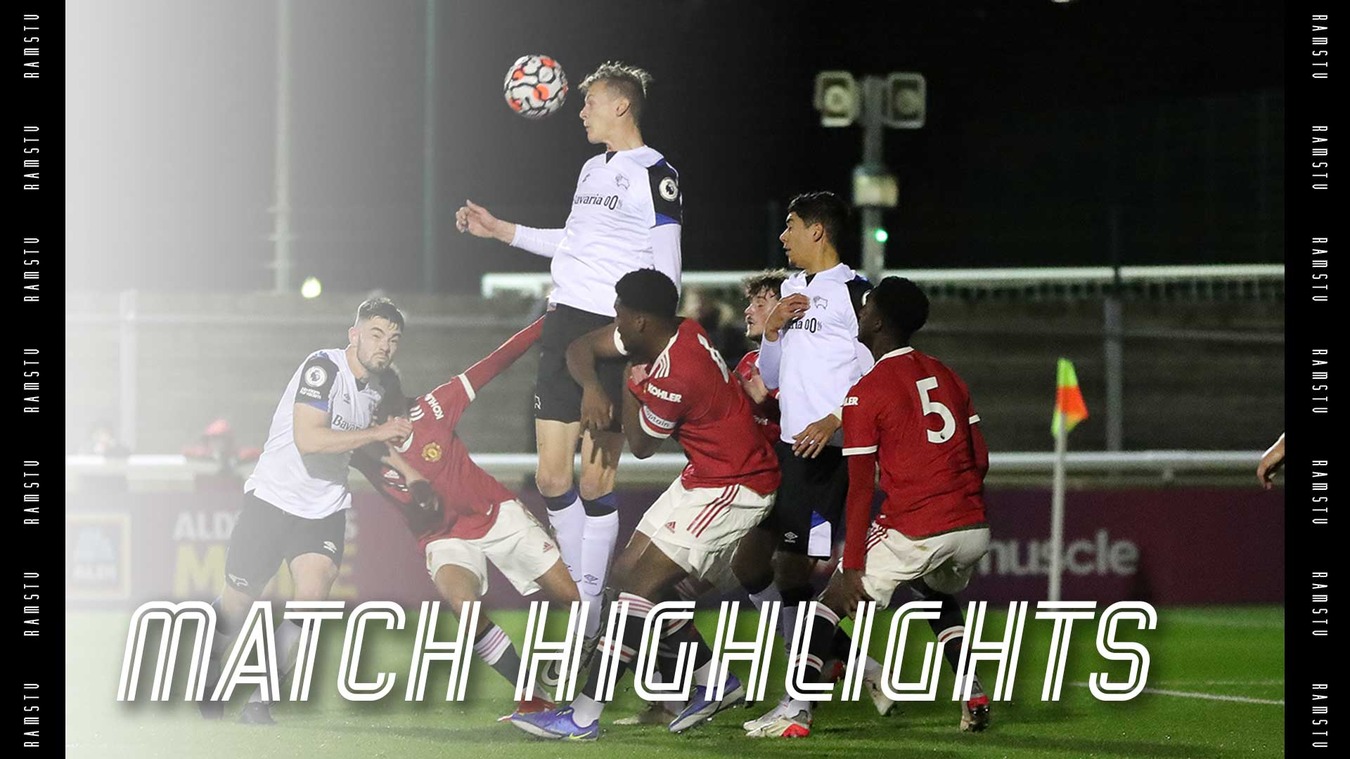 Lyons Looks Ahead To U23s' Meeting With Manchester City Grewal-Pollard Looks Ahead To Under-23s Meeting With Manchester City

A free kick from James McAtee midway through the first half handed the visitors the advantage, before they went on to put the Rams to the sword after the interval.

Darko Gyabi, McAtee, Micah Hamilton and Oscar Bobb hit the net in the second half to condemn Derby to a 5-0 defeat at St George’s Park.

The result leaves City four points clear at the summit while the Rams remain bottom on 14 points from their 17 league outings, four points adrift of Blackburn Rovers with a game in hand.

Under-23s boss Pat Lyons, owing to injuries and suspensions in the first-team squad, had a youthful side to call upon against the league leaders.

Winger Tyree Wilson was named in the starting line-up as he made his first appearance since suffering a long-term knee injury back in August, while defender Harrison Solomon suffered an injury in the warm-up and Alex Matthews was brought into the starting line-up in his place.

The side also included three members of the Rams’ Under-18s, while a further four made up the bench. By contrast, City named a side with England youth international duo Liam Delap and McAtee, who had 14 goals for the season going into the contest, heading up their attacking options.

Derby had to soak up plenty of pressure early on and saw Delap and Kayky da Silva, a Brazilian youth international signed from Fluminense last year, spurn opportunities to open the scoring.

After Bartosz Cybulski had a goal chalked off for offside for the Rams, City took the lead at the midway point of the half as the in-form McAtee’s free-kick from out wide, aided by the wind, flew beyond goalkeeper Harrison Foulkes and into the top corner.

A similar pattern followed for the rest of the half as the Rams kept their shape well from a defensive aspect and then looked to spring onto their opponents on the break with pace.

It was a tactic that almost earned them an equaliser before half-time with Osazee Aghatise’s powerful strike from the edge of the area forced a save smart from Cieran Slicker in the City goal.

Despite Derby’s strong end to the first period, the visitors doubled their lead just after the break as Gyabi netted from close range after the ball was fortuitously deflected into his path after Bobb’s shot on the turn was blocked.

McAtee went on to fire in City’s third goal just after the hour mark from the left-hand side of the box following a slick attacking move which saw the in-form attacking midfielder lash the ball low beyond Foulkes.

Derby continued to plug away to try and find a route back into the contest and went close as Aghatise curled the ball over the crossbar after showing some neat footwork in the box to create a shooting opportunity for himself.

Substitute Hamilton netted City’s fourth with just over 15 minutes remaining as he burst into the box and slid the ball beyond the onrushing Foulkes, while Bobb rounded off the scoring soon afterwards as he latched onto a loose pass in defence to fire home.

While it was a tough night for Derby’s youngsters, they never shied away from the challenge and didn’t let their heads drop against a side packed with some of the best talent in their age group across world football.

Derby’s Under-23s are next in action when they face Reading in their final Premier League Cup Group C encounter at the Select Car Leasing Stadium on Monday 14th February (1pm kick-off), before returning to Premier League 2 - Division 1 action with a home clash against Everton at Loughborough University Stadium on Monday 21st February (7pm kick-off).