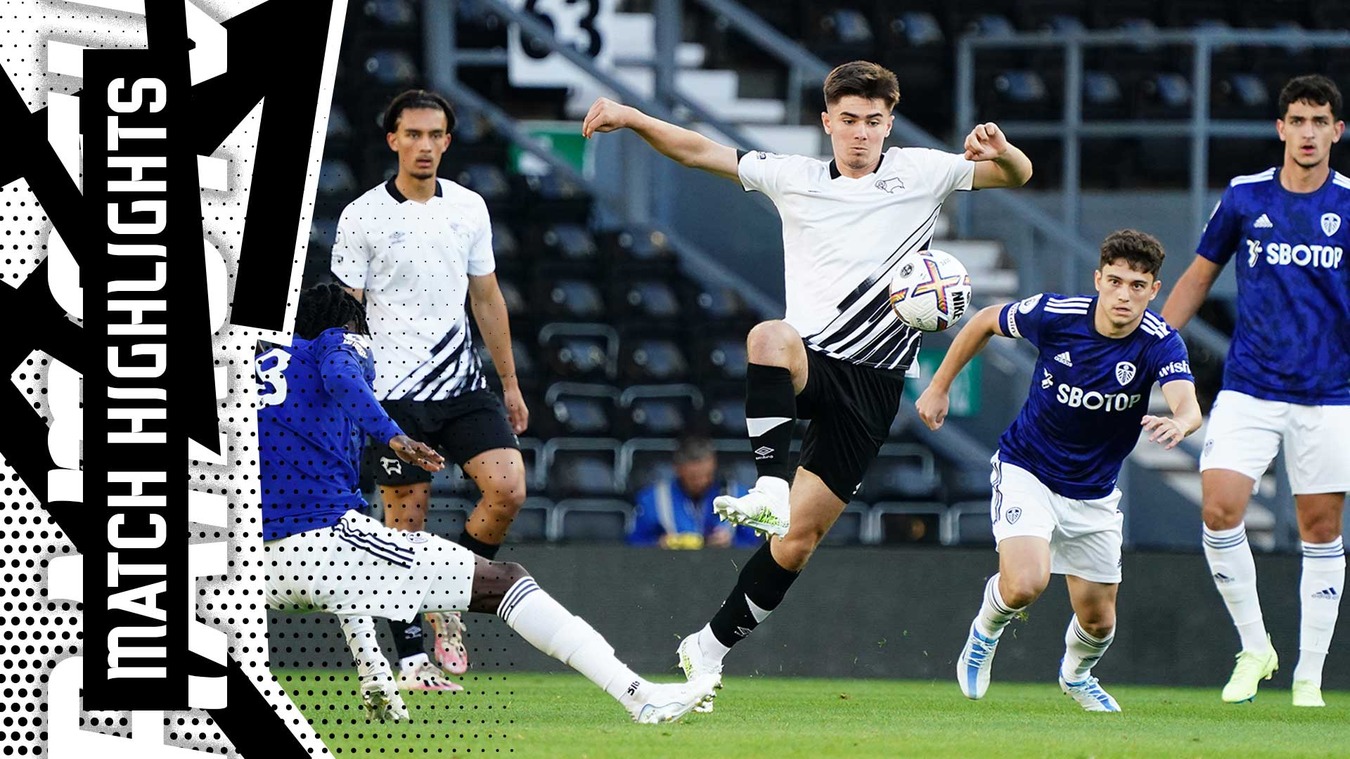 U21 FOOTBALL AT PRIDE PARK

It was a tough night for the Rams’ youngsters as the two relegated teams from last season’s top division went head-to-head looking to begin the campaign in a positive manner - and it was the visitors coming out on top under the Pride Park Stadium floodlights in an entertaining encounter.

Spanish youth international striker Mateo Joseph’s first-half hat-trick provided Leeds with a firm grip on the contest and they led by three goals at the interval to leave Derby shell-shocked.

Derby put up a fight after half-time and pulled a couple of goals back before the hour mark through attacking midfielder Osazee Aghatise’s quickfire brace, but it proved to be a shortlived glimmer of hope as Leeds upped the ante to swing the pendulum back in their direction.

Sonny Perkins netted Leeds’ fourth on the hour mark to ease the pressure and Joseph netted his fourth and the visitors’ fifth to restore their three-goal advantage midway through the second period to wrap up the victory.

Pat Lyons’ starting line-up included trialists Jake Rooney, Sonny Blu Lo-Everton and Armelindo Mema, while another in the form of Renaldo Torraj was on the bench.

Rhys Brailsford, Cian Kelly Caprani and Ola Ibrahim were also named in the starting XI after penning their first professional contracts in the summer at the end of their two-year scholarships. A youthful group included Under-18s duo Carlos Richards and Harry Hawkins, the Academy Player of the Year for the 2021/22 season, on the substitutes’ bench.

Leeds, meanwhile, included Welsh international winger and January signing from Manchester United Daniel James in their starting line-up to gain match minutes while he serves a suspension at first-team level.

Despite a positive start from the Rams, with Nunn going close from distance with an ambitious effort with Darryl Ombang off his line, the lively Joseph gave Leeds the lead after 11 minutes. The former Espanyol striker kept his cool in the penalty area when the ball came his way by coolly slotting the ball beyond Harry Evans in the Derby goal.

The frontman was on target again after 25 minutes as he reacted quickest to head the ball into the back of the net from close range after Evans did well to keep out Perkins’ initial low drive in a crowded penalty box.

Before Derby had chance to find their feet again, the Spaniard had an opportunity to complete his hat-trick, three minutes later, from the penalty spot. He did so with a confident finish, sending Evans the wrong way from 12 yards, after Robinson had felled Archie Gray inside the box.

Derby managed to regain their composure get through the remainder of the half without any further damage with Leeds three goals to the good at the turnaround.

With Lyons’ half-time team-talk ringing in their ears, Derby got a goal back shortly after half-time to reduce the deficit. Ibrahim did superbly down the right-hand side to beat his marker and cross low for Aghatise to tap the ball into the net from around six yards out.

Another goal followed moments later as the Rams got themselves right back into the game. Aghatise was once again the man on target as he curled a free-kick around the wall and into the bottom corner from 20 yards out with Ombang caught out at his near post.

The fightback was something of a wake-up call for the visitors and Leeds hit back quickly to make it 4-2 on the hour. Perkins turned the ball in on the turn inside the box after the Rams failed to clear their lines following a cross from the right-hand side and, despite Evans’ appeals for a foul, the goal was given.

Another goal for the visitors followed shortly afterwards, this time from a set play. A cross into the box was headed back across goal at the far post and Joseph was on hand to head into the net from a few yards out for his fourth of the night.

That proved to be the final goal of the evening as Derby began life back in Premier League 2’s second tier with a defeat; but there were some encouraging signs to build on moving forward.

The Under-21s’ first away fixture of the season will see them travel north to face Middlesbrough at Bishop Auckland’s Heritage Park on Friday 12th August (7pm kick-off).