arrow_downward Catch UP On Social
RAMS Live
arrow_downward Open Social
Filter
Please use the below drop down menus to answer any queries you may have about travelling to Pride Park on a Non-Matchday:
Travel by car

On non-matchdays, Pride Park Stadium is best accessed via the A52 dual carriageway, through the Wyvern Centre. In line with the club’s commitment to reducing unnecessary travel and encouraging visitors to make smarter travel choices, we encourage you to consider travelling by train or sharing your car journey to the stadium wherever possible.

Visitors can park for free in the club’s main car park, which is accessed from Royal Way. The car park is directly in front of the main stadium entrance and club reception, which are located in the stadium’s West Stand.

Additional parking is available in Car Park B (Pride Park and Ride) where a day’s parking costs £2.20

Directions from the North (M1)

Directions from the South (M1)

Directions from the West (A50)

Derby station offers direct rail services from no less than 14 major towns and cities, as well as numerous local centres. 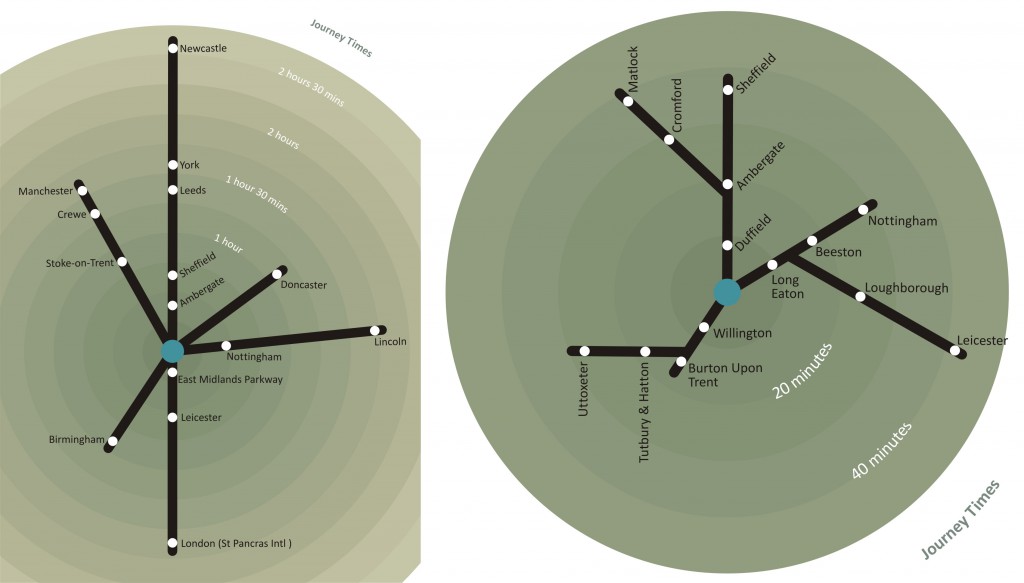 The station itself is roughly a 10 minute walk (0.5 miles) from Pride Park Stadium and there are a number of dedicated, traffic-free walking and cycling routes that provide safe access to the stadium from the station.

The following journey planners might help you to plan your non-matchday rail journey to the stadium.

If you are travelling to Pride Park Stadium from abroad then we salute your commitment!

East Midlands Airport is our nearest airport, located just 13 miles to the south of Derby, and is easy to get to by most forms of transport.

The journey takes less than 30 minutes and costs £3.20 for an adult single. Further details on the Skylink bus service from Derby are available online at eastmidlandsairport.com

You can get more information on flights to East Midlands Airport, and getting to and from the airport, by clicking here.

If you are making a local journey to the Pride Park Stadium or Pride Park area on a non-matchday then there are two regular bus services that you might be able to use to make your trip.

Further details on local bus services can be found online at: