Vastly experienced striker David McGoldrick put pen-to-paper on a one-year contract with Derby County during the summer of 2022 ahead of the Rams’ Sky Bet League One campaign.

The forward, who played in the Premier League with Sheffield United two years ago, will add valuable know-how to the Rams’ attack as they take on the third tier for the first time since 1986.

McGoldrick’s career began across the East Midlands at Notts County, where he made his first team bow whilst still a youth team player, before Premier League side Southampton secured his services in the summer of 2004.

First-team experience was garnered in loan spells back at Notts County and with AFC Bournemouth and Port Vale in the EFL, as well as making a handful of appearances for the Saints in the Championship across the 2006/07 and 2007/08 seasons. He eventually became a regular in the 2008/09 season on the South Coast by netting 14 goals in 50 matches for the Saints.

His next port of call was back in the East Midlands at Nottingham Forest, where he stayed for the next four years although his first-team impact was restricted to just two seasons. He also enjoyed spells out on loan at Sheffield Wednesday, Coventry City and Ipswich Town, with his best-ever goals return of 21 in a season being recorded in the 2012/13 campaign split on loan at Coventry and Ipswich.

A successful five-year period at Ipswich followed on a permanent basis under Mick McCarthy from 2013/14 to 2017/18. He was a vital member of the side throughout his time with the Tractor Boys, notably when they reached the Play-Offs in 2014/15 and he was also their Players’ Player of the Season in 2013/14.

After a lengthy stint with Ipswich, it was Sheffield United where McGoldrick would spend the next four years after moving to Bramall Lane ahead of the 2018/19 season.

Promotion was achieved in his first season with the Blades, with 15 goals netted in 45 matches as well as claiming the Player of the Season award, while McGoldrick remained a key player in the Premier League over the 2019/20 and 2020/21 seasons, winning the Player of the Season accolade once again the latter. Injury limited his appearances in 2021/22 but, when fit, McGoldrick remained an integral part of United’s promotion push.

He left Bramall Lane following the campaign and penned a one-year contract with the Rams.

McGoldrick, despite being born in England, qualifies for the Republic of Ireland and his international debut came in 2014. He scored his first goal for the Ireland in September 2019, scoring the equaliser in a 1-1 draw with Switzerland in a UEFA European Championships qualifier at the Aviva Stadium in Dublin.

McGoldrick was named as the Republic of Ireland Senior International Player of the Year for 2019 and he announced his retirement from international football in 2020. 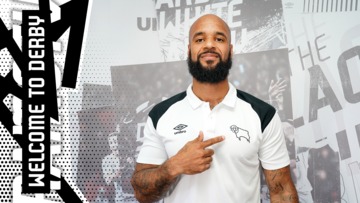