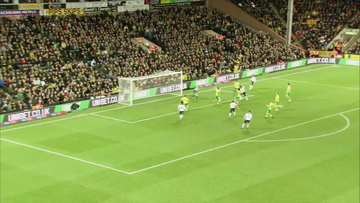 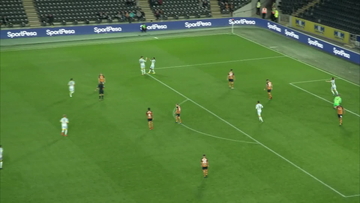 A lot of Florian Jozefzoon’s appearances for Derby County during the 2018/19 campaign were from the substitute’s bench, however, he did make some notable and crucial contributions to the season.

He scored the winning goal in the dying minutes of the game away at Hull City in September, whilst in December, he scored the levelling goal against Norwich City at Carrow Road, a game in which the Rams would go on to win 4-3.

Jozefzoon was born in Saint-Laurent-du-Maroni in French Guiana before moving with his parents, six brothers and two sisters to Netherlands, aged two.

By the age of 14, the winger had caught the eye of Ajax, joining their famed youth ranks in 2006. Two years later, he signed a three-year professional contract with the Dutch giants.

The Dutchman made his debut for Ajax in 2010/11 season before gaining valuable first team experience on loan with NAC Breda.

Jozefzoon joined RKC Waalwijk in 2012 and went on to score seven goals in 34 appearances in his only season with the club. He soon caught the attention of PSV who snapped him up in 2013.

After four years with the Dutch giants where he scored nine goals in 62 appearances, he joined Brentford in January 2017.

Capped by the Netherlands at under 19 and 21 level, Jozefzoon fired eight goals in 58 appearances for the Bees before signing for Derby in 2018. Jozefzoon: “You Need To Fight For Every Point”