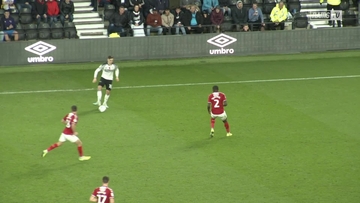 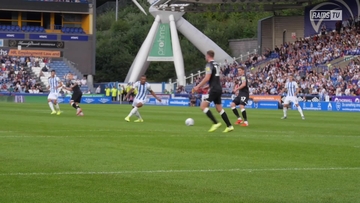 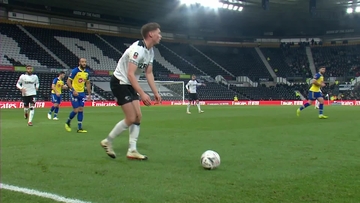 George Evans is a versatile member of Derby County’s first-team squad and is now in his third season with the club.

Evans, who can perform in central defence or in central midfield, joined the Rams from Reading in the summer of 2018 as one of former manager Frank Lampard’s first signings.

Injury restricted his appearances in the 2018/19 season to 14 in all competitions, of which the majority came in central midfield as Derby reached the Play-Off Final, with Evans an unused substitute that day.

Evans made 20 appearances across the 2019/20 season - with injury again hampering his progress - and several of those came in central defence.

His ability to get on the ball and play out from the back saw him seamlessly slot into the defence, while he helped set up Derby’s late equaliser in the 1-1 draw against Nottingham Forest from a set-piece towards the end of the campaign.

His versatility makes him a valuable member of the squad to call upon and he signed a new deal until the summer of 2022 ahead of the 2020/21 season.

Evans, the son of former Manchester City player and physio Ronnie Evans, followed in his dad’s footsteps, signing for City as a six-year-old and worked his way up through the youth ranks. He was, in addition, capped for England at Under-17 and Under-19 level.

In September 2015, Evans made his first-team debut in City’s 4-1 win against Sunderland in the League Cup. In doing so, he became the second player in history to represent the club in every age group, after Chris Chantler.

Following loan spells with Crewe Alexandra, Scunthorpe United and Walsall, Evans left City for Reading on a permanent deal in 2016.

After 72 appearances, and three goals, during his time at Reading, he made the move to Pride Park Stadium for an undisclosed fee ahead of the 2018/19 season. 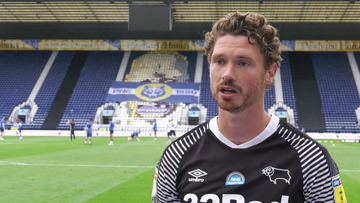 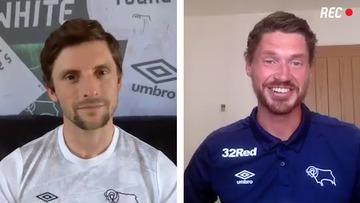 Why We Continue To Take The Knee 03:05
Evans: "We're Really Looking Forward To Getting Back Down To Business" Evans: “We Need To Make Sure We Really Kick On”