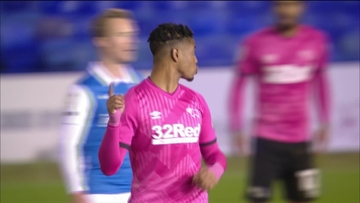 SUB ON - Jahmal Hector-Ingram Vs Birmingham City (A) 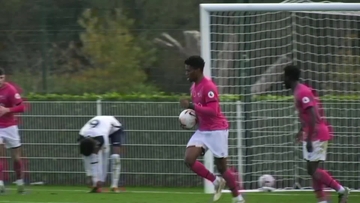 Jahmal Hector-Ingram completed his move to Derby County in August 2019, following an impressive spell as a trialist during pre-season, and he went on to enjoy a memorable 2019/20 season.

The striker scored five goals in six games to earn a permanent contract with the club following his departure from West Ham United at the end of the 2018/19 season.

Hector-Ingram spent 14 years with his boyhood club and he caught the eye of the Rams by recording a goal and assist against Derby for West Ham back in April 2019 in a 2-2 draw at Pride Park.

He made 28 appearances in all competitions for the Under-23s during the 2019/20 season and he showed his quality in front of goal by finding the back of the net on 22 occasions.

He also registered five assists, taking his goal contributions to 27 in total, and as a result he was shortlisted for the Premier League 2 Player of the Season award.

His progress was rewarded with a call-up to the first-team squad for the closing stages of the 2019/20 season and was an unused substitute on a handful of occasions.

Hector-Ingram was eventually rewarded with his professional debut as he came off the bench in the closing stages of Derby’s Sky Bet Championship fixture at West Bromwich Albion in July 2020. Hector-Ingram Heads Out On Loan 03:00
All The Goals: Jahmal Hector-Ingram's Strikes For Derby's Under-23s This Season 03:12
Hector-Ingram Excited To Lock Horns With Former Club On Tuesday