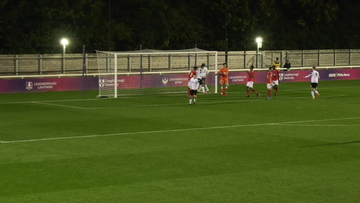 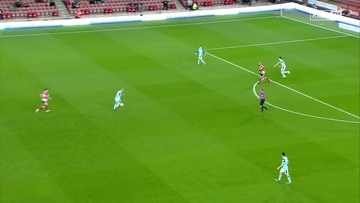 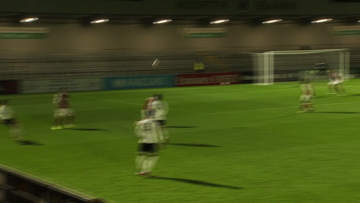 Jordan Brown has caught the eye over the past two years with his consistency and versatility, and he is now a regular member of Derby County’s Under-23 squad.

Whether playing anywhere across the backline or even in midfield, Brown is a reliable performer who played 24 times in all competitions for the title-winning Under-18s in the 2018/19 season, while he also stepped up to play five times for the Under-23s.

He scored once and recorded two assists as Justin Walker’s side stormed to the Under-18 Premier League title.

Brown, who can play at centre-back or in central midfield, enjoyed a positive 2019/20 season which ended in him making his first-team debut.

He made 28 appearances for the Under-23s, of which 24 were starts, and netted three goals and three assists along the way. He was also eligible to play for the Under-19s in the UEFA Youth League and appeared in all six games, scoring once and claiming a single assist.

The closing weeks of the 2019/20 campaign saw him step up to the first-team squad and appear as an unused substitute on a handful of occasions, while he also came off the bench for the latter stages of Derby’s Sky Bet Championship fixture at West Bromwich Albion in July 2020 to make his senior bow.

The following season, Brown added to his senior appearances when he came off the bench in Derby County's Carabao Cup clash against Preston North End in September 2020.

He continued his development in the Under-23s during the 2020/21 season, captaining the side on four occasions. He also scored two goals in his 16 appearances - all of which he played the full 90 minutes.

He made his first senior start for the club in August 2021 as Derby faced Salford City in Round One of the Carabao Cup. The game ended in a 3-3 draw and Brown scored one of Derby's five penalties as they won the shoot-out. 02:32
Brown Delighted To Be Back Playing With Under-23s