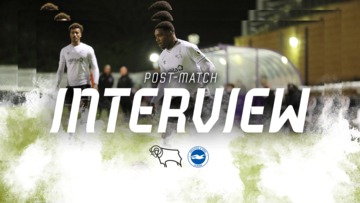 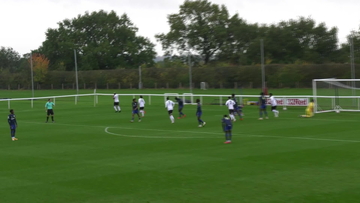 Derby County added another attacking option to their squad by completing the signing of winger Jordon Ibe in September 2020.

Ibe arrived as no stranger to Rams supporters after he impressed during a 24-game loan spell from Premier League giants Liverpool during the 2014/15 campaign.

The former England Under-21 international excited supporters with his direct play and trickery from out wide over the course of his five-month stay at Pride Park Stadium.

He scored five goals during his loan spell and his impressive displays resulted in him being recalled to Anfield by then Reds boss Brendan Rodgers.

Ibe sealed his return to Derby with almost 200 career appearances to his name, the vast majority of which have been at the highest level of English football.

Ibe progressed through the youth system at Wycombe Wanderers and made his debut for the Chairboys at the age of just 15 in August 2011.

He made 14 first-team appearances and his qualities attracted the interest of several Premier League sides, with Liverpool winning the race to secure his services in December 2011.

After impressing in the youth sides at Anfield, he made his first team bow by being named in the starting line-up against Queens Park Rangers on the final day of the 2012/13 season.

He made two further appearances for the Reds in the 2013/14 campaign, before joining Birmingham City on loan for the rest of the season in February 2014. He made 11 Championship appearances and scored once during his time with the Blues.

Ibe then joined Derby on loan for the entire 2014/15 campaign, but his form was so impressive that he was recalled by Liverpool in January 2015.

He became a regular for the next 18 months at Anfield and made 55 appearances in total, taking his total for the Reds up to 58, before moving onto AFC Bournemouth in the summer of 2016.

The Cherries paid a club-record £15 million for Ibe and he went on to make 92 appearances across four seasons, scoring on five occasions, prior to his contract expiring at the end of the 2019/20 season.

On the international stage, Ibe has represented England at Under-18, Under-19, Under-20 and Under-21 level. He qualifies to play for Nigeria as well as England, but confirmed his allegiance to the Three Lions in September 2015. 02:16
Ibe Happy To Get More Minutes Under His Belt Rooney Discusses Lawrence, Davies And Ibe Ahead Of Swansea Clash Jozwiak In Line For Midweek Return