Liam Rosenior joined the backroom staff at Derby County as Specialist First Team Coach in July 2019 and was promoted to Assistant Manager in January 2021 after Wayne Rooney took over as the club's new manager.

Rosenior is well-placed to provide advice and guidance to the Rams' players from his own playing career, the vast majority of which was played in the Premier League and Championship.

Rosenior joined Derby from Premier League side Brighton & Hove Albion, where he held the position of Assistant Coach for the Seagulls’ Under-23 side and is already accustomed to coaching and developing young prospects.

He ended his 17-year playing career in the summer of 2018 to move into coaching, as well as impressing as a pundit for Sky Sports as part of their EFL coverage and on their talk show, The Debate.

Rosenior, the son of former footballer and manager Leroy Rosenior, made over 400 appearances in his playing career as a full-back.

He represented Bristol City, Fulham, Torquay United, Reading, Ipswich Town, Hull City and Brighton prior to hanging up his boots, as well as appearing for England at youth international level.

As well as his position at Derby, he holds a place on the FA's Inclusion Advisory Board. 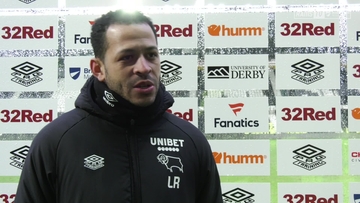 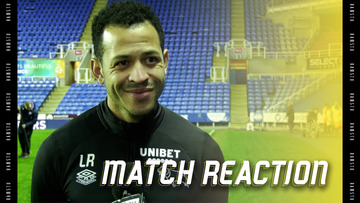 Rosenior: “Our Senior Players Have Been Rocks For Us” 03:31
Rosenior Gives His Take On Derby’s Win Over Barnsley Rosenior: “We Were Outstanding From The First Whistle” Rosenior: “Unbeaten Run Is Giving Us All Confidence”