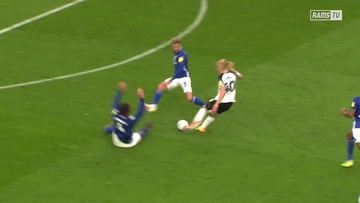 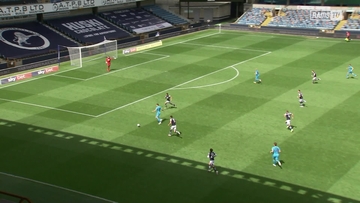 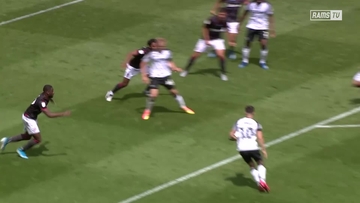 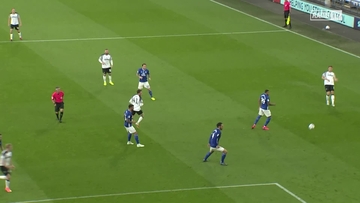 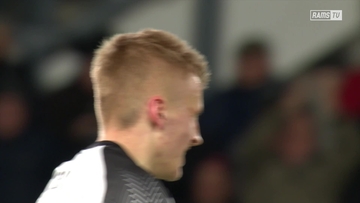 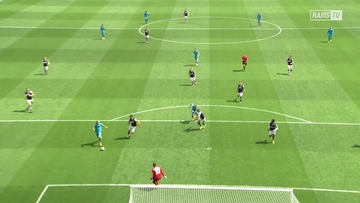 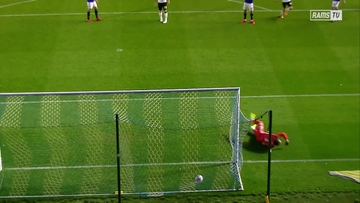 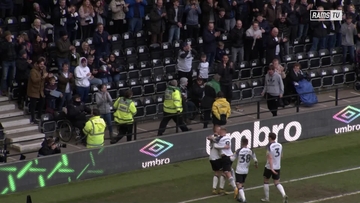 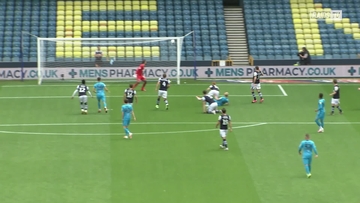 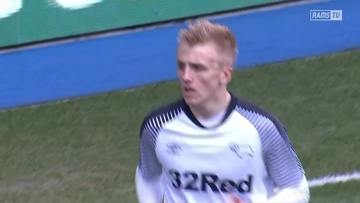 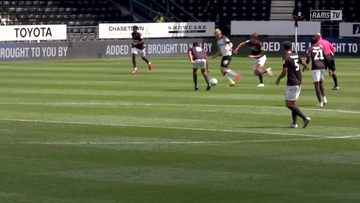 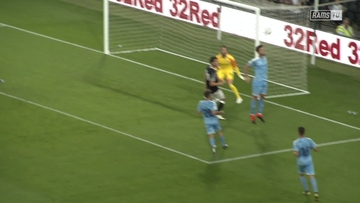 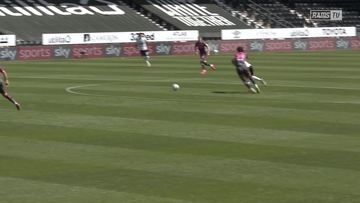 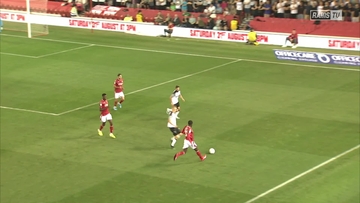 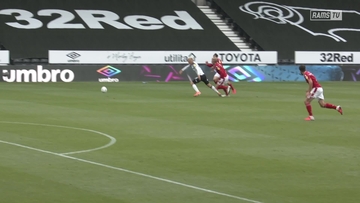 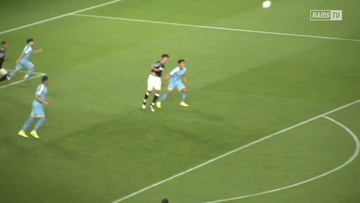 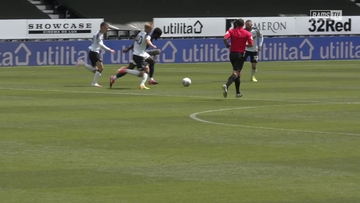 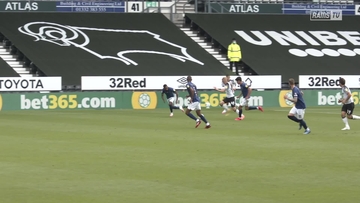 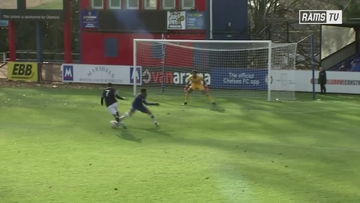 Louie Sibley successfully made the step up from Derby County’s Academy to the first-team set-up during the 2019/20 season - and he did it in style.

The club’s 2017/18 Academy Player of the Year has been with the Rams since joining the Under-8s and, despite being a second-year scholar, he penned professional terms ahead of the 2019/20 campaign.

Sibley’s rise through the Academy saw him become an established member of the Under-23s squad whilst still a first-year scholar, while he also impressed in the Under-18s as they were named as National Champions.

The attack-minded midfielder made his senior debut off the bench in the Carabao Cup in the early stages of the 2019/20 season, before reverting back to the Under-23s to continue his development.

He also featured, and starred, for the Under-19s in their UEFA Youth League campaign and scored a crucial goal in the knockout stages as Derby defeated German giants Borussia Dortmund.

His fine form at Academy level saw him knocking on the first-team door and he made his league bow off the bench at Reading towards the end of 2019. A handful of FA Cup outings followed, including a Man of the Match display against Premier League Manchester United in March 2020.

Sibley was handed his first-ever league start a few days after the Manchester United game, and he marked it with a stunning long-range strike in a 3-0 victory over Blackburn Rovers which was later crowned as the club’s Goal of the Season.

The youngster netted a first-ever senior hat-trick in Derby’s 3-2 win at Millwall in June 2020, the side’s first behind-closed-doors game as a result of the COVID-19 pandemic, and he was a regular in the closing weeks of the season.

Shortlisted for the Sky Bet Championship’s Player of the Month for June, Sibley scored the Rams’ final goal of the 2019/20 season with a fine long-range effort in a 3-1 victory at Birmingham City.

Sibley concluded the season with 17 first-team appearances to his name, as well as six goals, and was shortlisted for the Sammy Crooks Young Player of the Season accolade. In addition, he was also named as Derby’s Scholar of the Season for his work both on and off the field.

He has also represented England at Under-17s, Under-18s and Under-19s level in recent seasons. 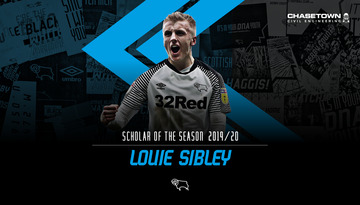 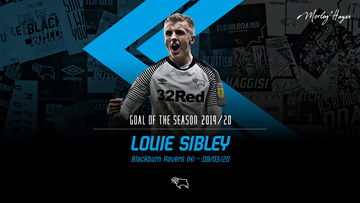 Sibley Back From Injury For Local Derby Clash