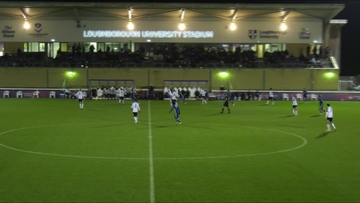 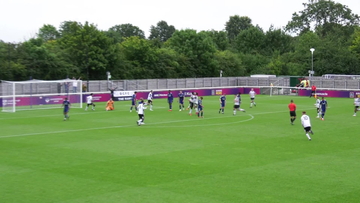 Born in Germany, Osazee Aghatise began taking football seriously when he moved to England as a seven-year-old.

He was quickly spotted my Manchester United and he spent two seasons in their Academy before moving to Manchester City, where he stayed for six years.

The midfielder joined Derby’s Academy ahead of the 2019/20 campaign as one of 11 first-year scholars in the Under-18s squad.

During his first season with the Rams he made 23 appearances for the Under-18s, scoring three times and registering two assists.

In addition, he also featured three times for the Under-19s in the UEFA Youth League.

After missing the opening game of the Under-18s 2020/21 season, Aghatise scored twice and added an assist in the next two games, helping the young Rams to a flying start. In his 16 Under-18 Premier League - North appearances, the midfielder scored six goals and provided three assists.

Aghatise's development was further developed in nine appearances for the Under-23s as well as starting in the Emirates FA Cup clash against Chorle in January 2021 and he stepped up to Pat Lyons' squad for the 2021/22 season. 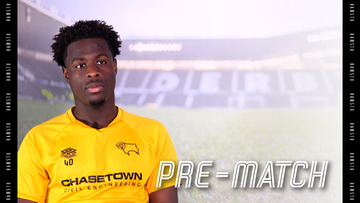 Aghatise's Strike Nominated For LFE September Goal Of The Month

LFE GOAL OF THE MONTH