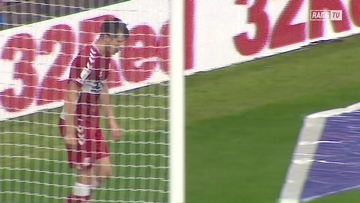 Jagielka put pen-to-paper on a deal with the Rams until January 2022 on his 39th birthday.

He had previously spent time training with Derby as a free agent prior to the start of the 2021/22 season.

The defender brought a vast amount of experience with him to Pride Park Stadium with almost 700 appearances to his name in club football.

Born in Sale, Jagielka began his playing career at Sheffield United after he progressed through their youth system.

He made almost 300 appearances for the Blades as he became a key player, winning Player of the Season honours on three occasions, and a superb individual season in the 2006/07 campaign in the Premier League saw him earn a move to Everton.

Jagielka went on to spend 12 seasons at Goodison Park and registered just shy of 400 appearances for the Toffees before leaving the club in the summer of 2019.

He played alongside Rams boss Wayne Rooney during his time with Everton, as well as on the international stage with England.

He returned to Sheffield United following their promotion back to the top-flight ahead of the 2019/20 season and he recorded 22 appearances across two seasons before leaving the club in the summer of 2021.

On the international stage, Jagielka has 40 England caps and three goals to his name. His first cap came in 2008, with his last following in 2016.

He was part of the Three Lions squad for the 2012 UEFA European Championships and the 2014 FIFA World Cup. 06:09
Jagielka Discusses His Derby Debut And Looks Ahead To Middlesbrough Clash Jagielka: “I Feel Part Of The Family Here”