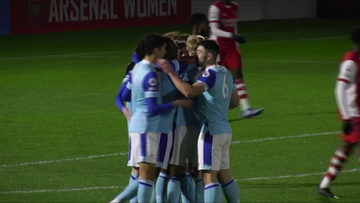 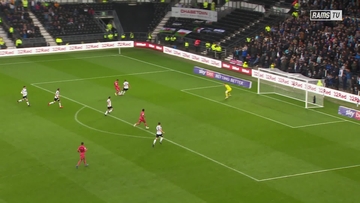 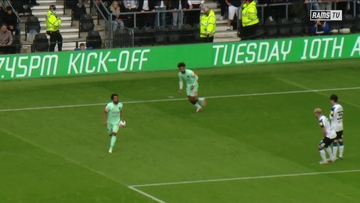 The defender has amassed over 500 competitive appearances in professional football so adds key and valuable experience to Derby’s defence.

Stearman started his career with Leicester City where he progressed through the youth team ranks and into the first team squad.

After winning the Young Player of the Year award with the Foxes in 2004, he signed his first professional contract and made his senior debut not long after. He featured in a goalless draw against Cardiff City at the age of just 17 and would go on to make eight appearances all in all competitions that season.

He even scored his first goal in professional football in a 3-1 victory over Millwall in April 2005 as he opened the scoring.

The following season, Stearman was a regular starter, at just 18-years-of-age, as he made 39 appearances and added a further four goals to his tally.

With Leicester suffering relegation to League One, Wolverhampton Wanderers, his home town club, swooped for the defender’s signature and he went on to spend seven years at Molineux.

In his first season, Stearman played 40 times as Wolves earned promotion to the Premier League. He managed to score one goal during that season, a final-day last minute winner against Doncaster Rovers as Wolves were back in the top flight. That summer, he was named in the 2009 PFA Championship Team of the Year.

Stearman featured heavily in the first part of Wolves’ top-flight campaign but lost his place in the side, whilst the following season, he played regularly as he helped his side maintain their Premier League status on the final day of the season as they beat near-neighbours West Bromwich Albion to secure their safety.

However, the following season, Wolves’ stay in the top flight came to an end as they were relegated. During the 2012/13 campaign, he was loaned to Ipswich Town, who were managed by his former boss Mick McCarthy, as he played the second half of the campaign with the Tractor Boys.

He made 15 league appearances for Ipswich before returning to Wolves who had suffered their second relegation in as many years and would start the 2013/14 campaign in League One.

He eventually left Molineux in 2015, with Fulham paying a sum in the region of £2 million for his services. He made 29 appearances in his first season but after dropping down the pecking order, he returned to Wolves on loan for the 2016/17 campaign.

However, Stearman’s only appearances for Sheffield United came in cup competitions so when interest came from the Championship and Huddersfield Town, Stearman jumped at the opportunity.

He spent 18-months at the John Smith’s Stadium, making 38 appearances as the Terriers 20th, one place above the Rams.

Stearman left Huddersfield at the end of the 2020/21 campaign and after training with the Rams throughout the summer, he signed a one-year contract with Wayne Rooney’s side.

Ironically his competitive debut for Derby came in a 1-1 draw against his former side, Huddersfield Town. 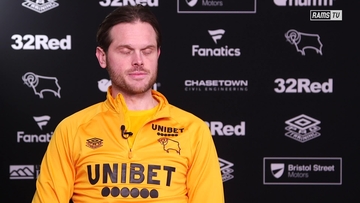 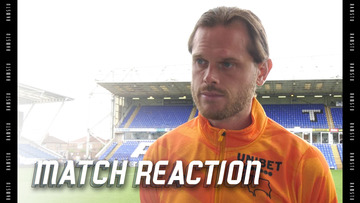 02:41
Stearman Frustrated With Defeat Against Peterborough