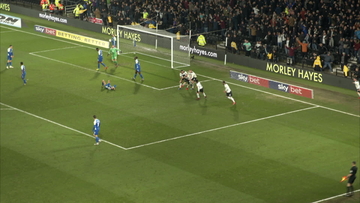 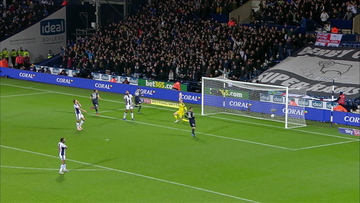 Scott Malone Goal Vs WBA (A)

Left-back Scott Malone spent the first few months of the 2018/19 season in a battle for the position with Craig Forsyth.

Both brought the best out in each other until Forsyth suffered a season-ending injury in November.

Malone would go on to make 35 appearances for the Rams during the season and he scored two goals. His first came against West Bromwich Albion at the Hawthorns in a 1-4 win, whilst his other was a winning strike against Wigan Athletic at Pride Park Stadium.

The full back faced further competition for his spot in the team as Ashley Cole joined the Rams in January. He kept his place and helped Derby reach the Sky Bet Championship Play-Offs.

It would prove to be a memorable night at Elland Road in the Second Leg of the Semi Final, however, it was bittersweet for Malone.

The full back, already on a yellow card, brought down his man on the edge of the box and received a second yellow, causing him to miss the Play-Off Final against Aston Villa.

Malone will be hoping to cement a permanent place in the side during the 2019/20 campaign under new manager Phillip Cocu.

Scott Malone Goal Vs WBA (A)