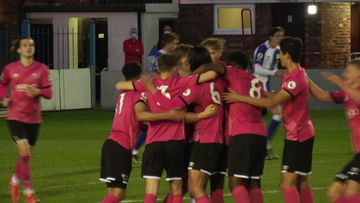 GOAL - Will Gerwal-Pollard Vs Blackburn Rovers Under-23s (A)

See all Will Grewal-Pollard's videos

Will Grewal-Pollard joined the Derby County Academy at Under-9s level and progressed through the ranks to sign on as a first-year scholar ahead of the 2019/20 season.

The left-back made five appearances in total for the Rams’ Under-18s across his first campaign as a scholar.

Of his five appearances, three came in the starting line-up followed by a further two off the bench.

Grewal-Pollard stepped up as a leader in the Under-18s as a second year scholar, playing 22 Under-18 Premier League - North games, 21 from the start. He found the back of the net in a win against Burnley and a draw against Wolverhampton Wanderers.

The defender also made his Under-23s debut in the 2020/21 season. He made two appearances, both starts, and scored in the 2-0 victory over Blackburn Rovers before making the step up on a permanent basis ahead of the 2021/22 campaign. 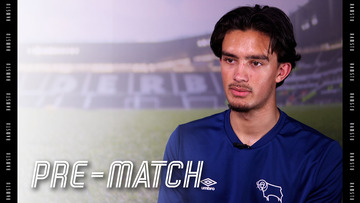 U23 PRE MATCH - Will Grewal-Pollard Vs Manchester City (H)

See all Will Grewal-Pollard's videos 02:23
Grewal-Pollard Looks Ahead To Under-23s Meeting With Manchester City