Winger Nathaniel Mendez-Laing became the latest player to sign for Derby County on Saturday night as he penned a two-year deal. 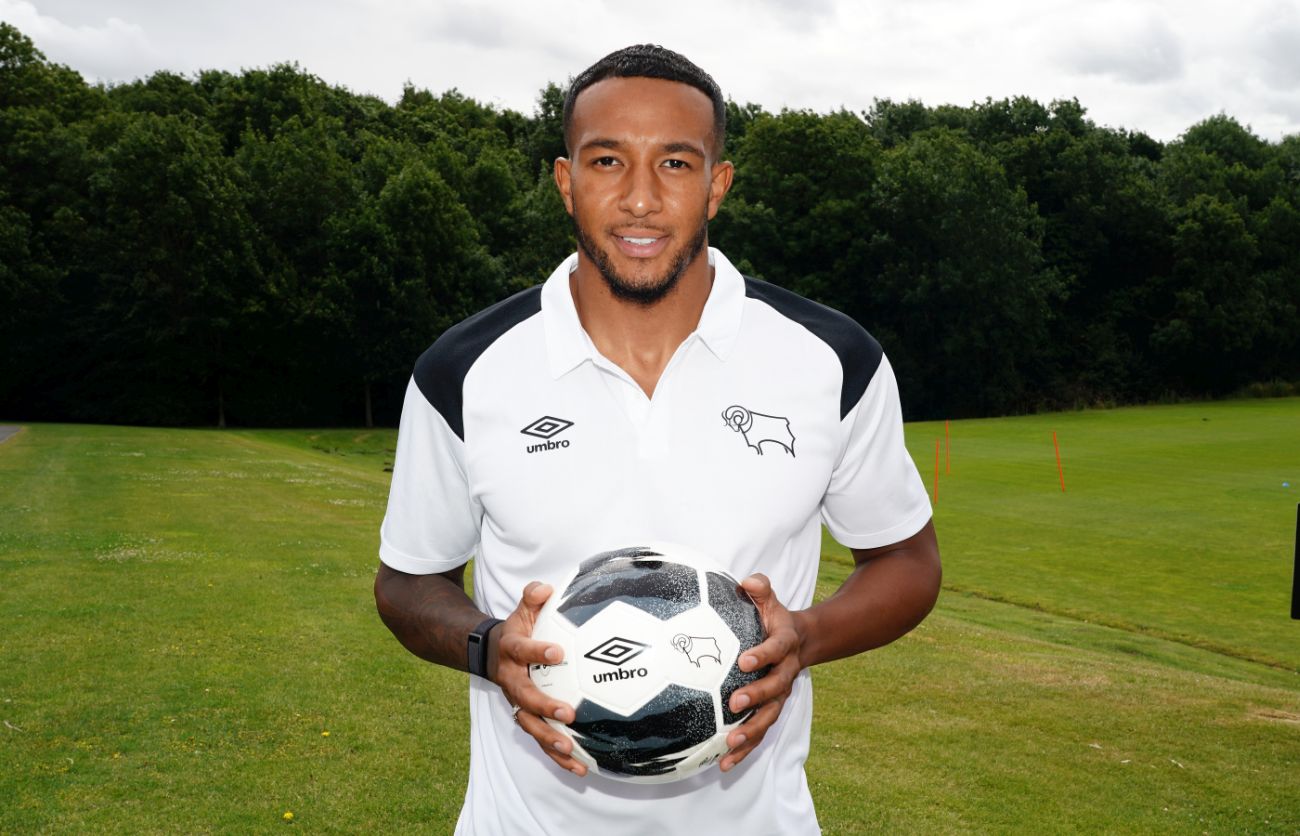 The 30-year-old joins the Rams from fellow Sky Bet League One side Sheffield Wednesday after his short-term contract with the Owls came to an end this summer.

Here is a little more information about our newest recruit:

Born in Birmingham, Mendez-Laing came through the youth ranks at Wolverhampton Wanderers and displayed glimpses of his emerging talent early in his career. 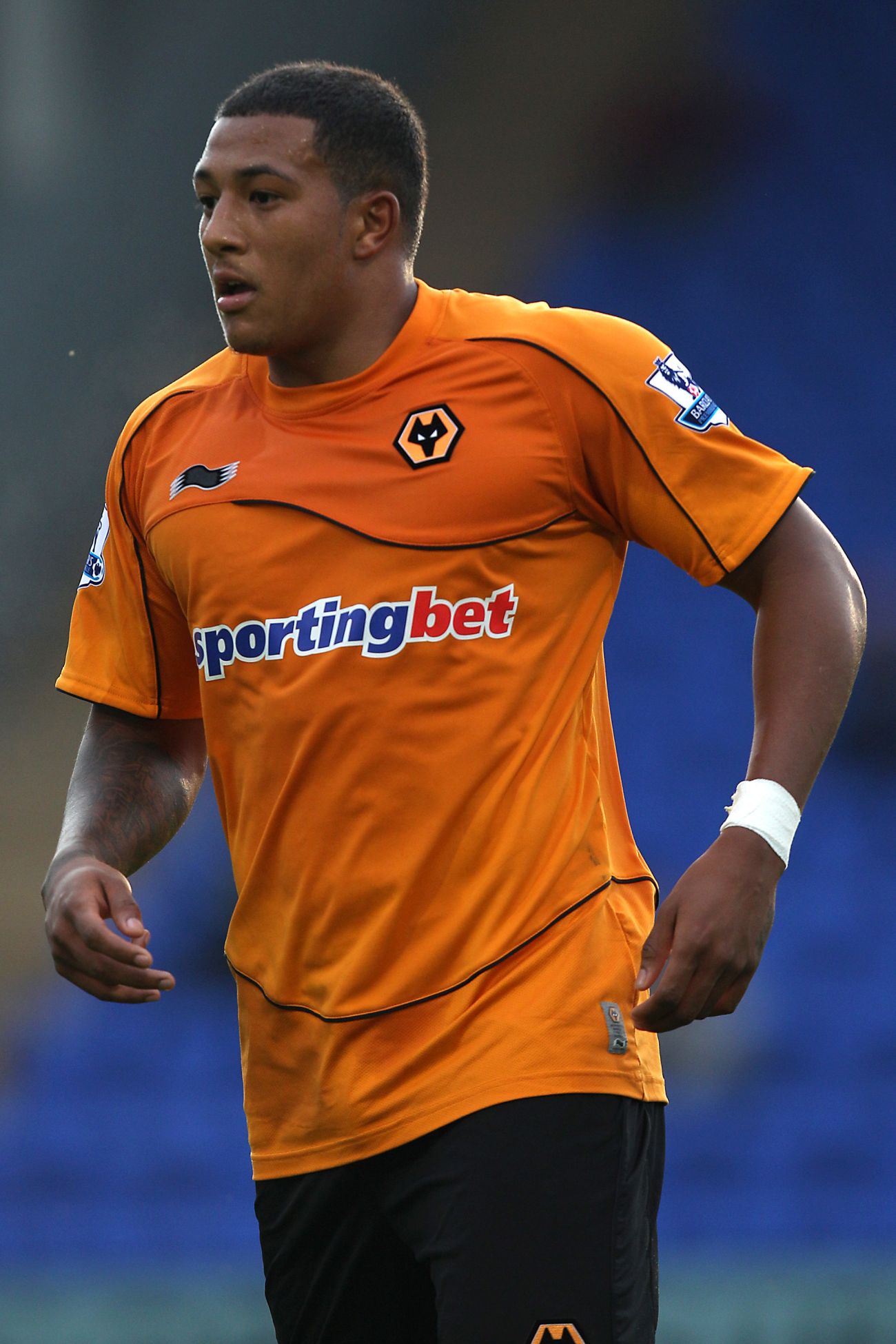 He gained recognition with the England youth teams as he represented the Under-16s and Under-17s, whilst he made his senior debut for Wolves in a penalty shoot-out win against Swindon Town in the EFL Cup in 2010.

He earned the Man-of-the-Match award at the age of just 17, but that would prove to be his only involvement with the senior squad at Molineux.

He signed his first professional contract but was swiftly sent out on loan to gain valuable league experience. League One side Peterborough, who boasted Aaron McLean, George Boyd and Craig Mackail-Smith as their front three, was his first destination at the age of just 18. 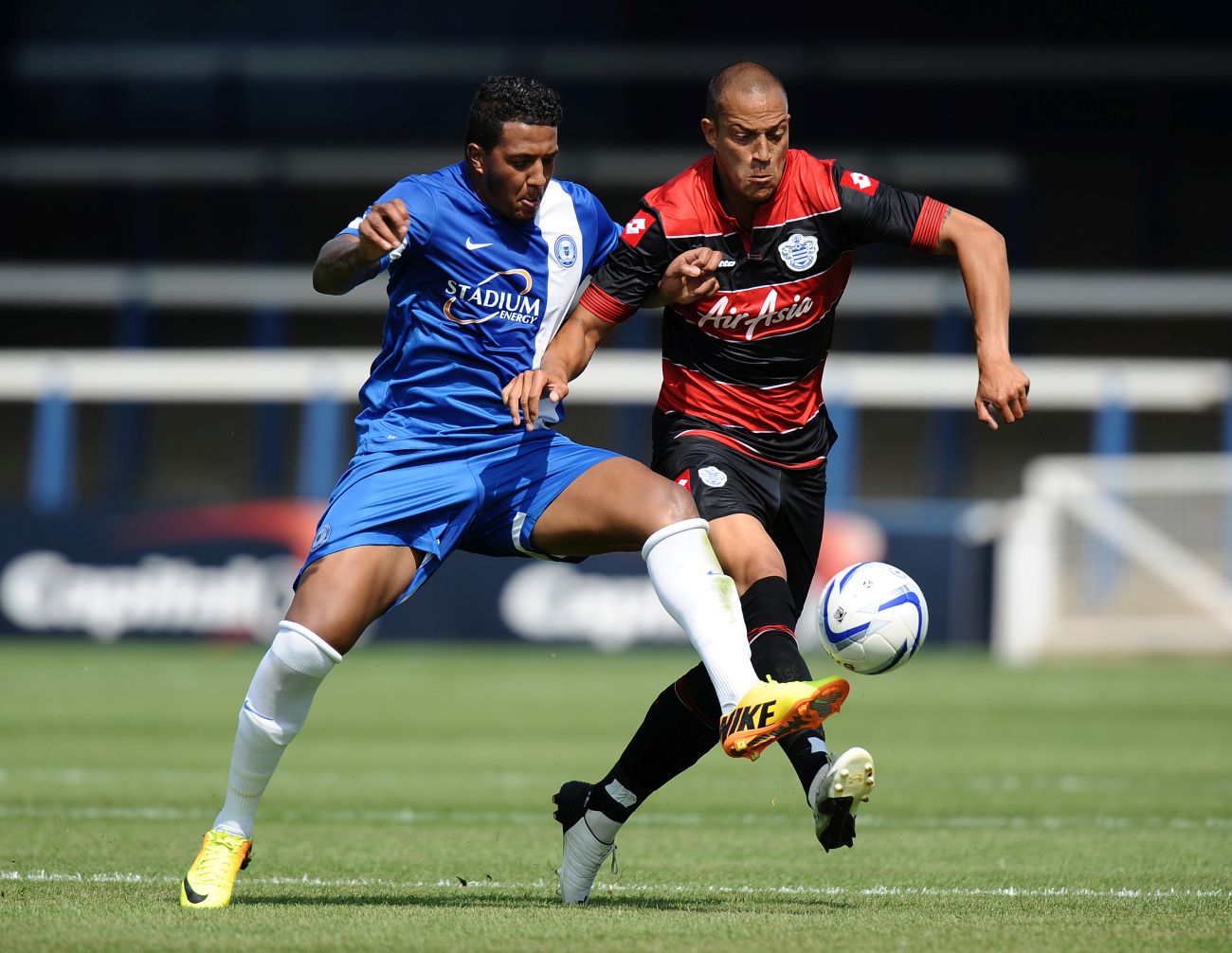 Whilst he was limited to brief cameos, he still racked up an impressive number of appearances in his first professional season in league football. He played 40 times in total, and scored five goals.

He scored his first professional goal during January 2011 in a 4-1 victory over Walsall, whilst he enjoyed a positive end to the campaign as he netted three goals in the final four games as Posh reached the League One play-offs. However, they were beaten in the Semi-Finals by MK Dons.

Mendez-Laing returned to Molineux but was immediately loaned back out to League One as Sheffield United was his next port of call. He made 11 appearances at Bramall Lane, scoring once in a victory over Bury.

By the start of the 2012/13 season, the winger was on the move once more. Peterborough, who had just been promoted to the Championship, offered a fee of around £100,000 which was accepted by Wolves and he returned to London Road on a permanent basis. 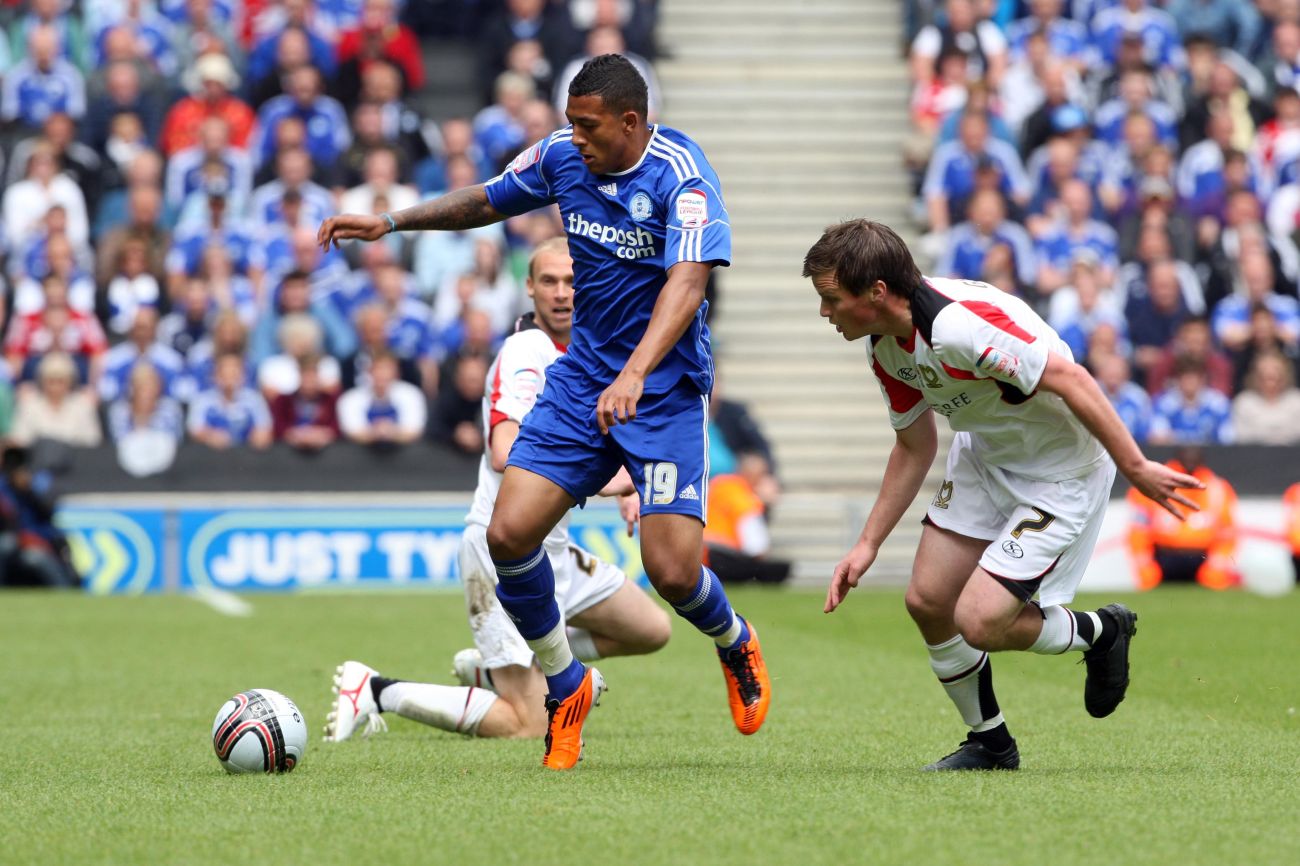 He scored on his first game back for Posh but they lost out 5-2 to Burnley at Turf Moor. In a bid to build up his fitness, Peterborough sent the winger on loan to League One side Portsmouth for two months before he returned to London Road as they battled to avoid relegation.

The winger did his best as he scored in a victory over Millwall and on the final day of the campaign against Crystal Palace to put Posh ahead, but two late goals from Palace ensured they were relegated back to the third tier at the first time of asking.

Now 21-years-of-age at the start of the 2013/14 campaign, Mendez-Laing had considerable experience behind his belt for someone still young.

He scored three goals for Posh prior to Christmas but was loaned out to Shrewsbury Town on a short-term deal in order to build up his fitness.

He played six times before returning to London Road to help Peterborough to a League One play-off place but they were beaten by Leyton Orient at the Semi-Final stage.

The winger started the 2014/15 campaign with Posh but again spent the latter end of the campaign on loan, this time at League Two side Cambridge United.

He scored on his debut in a defeat against Portsmouth and he would make 11 appearances in total without finding the back of the net. 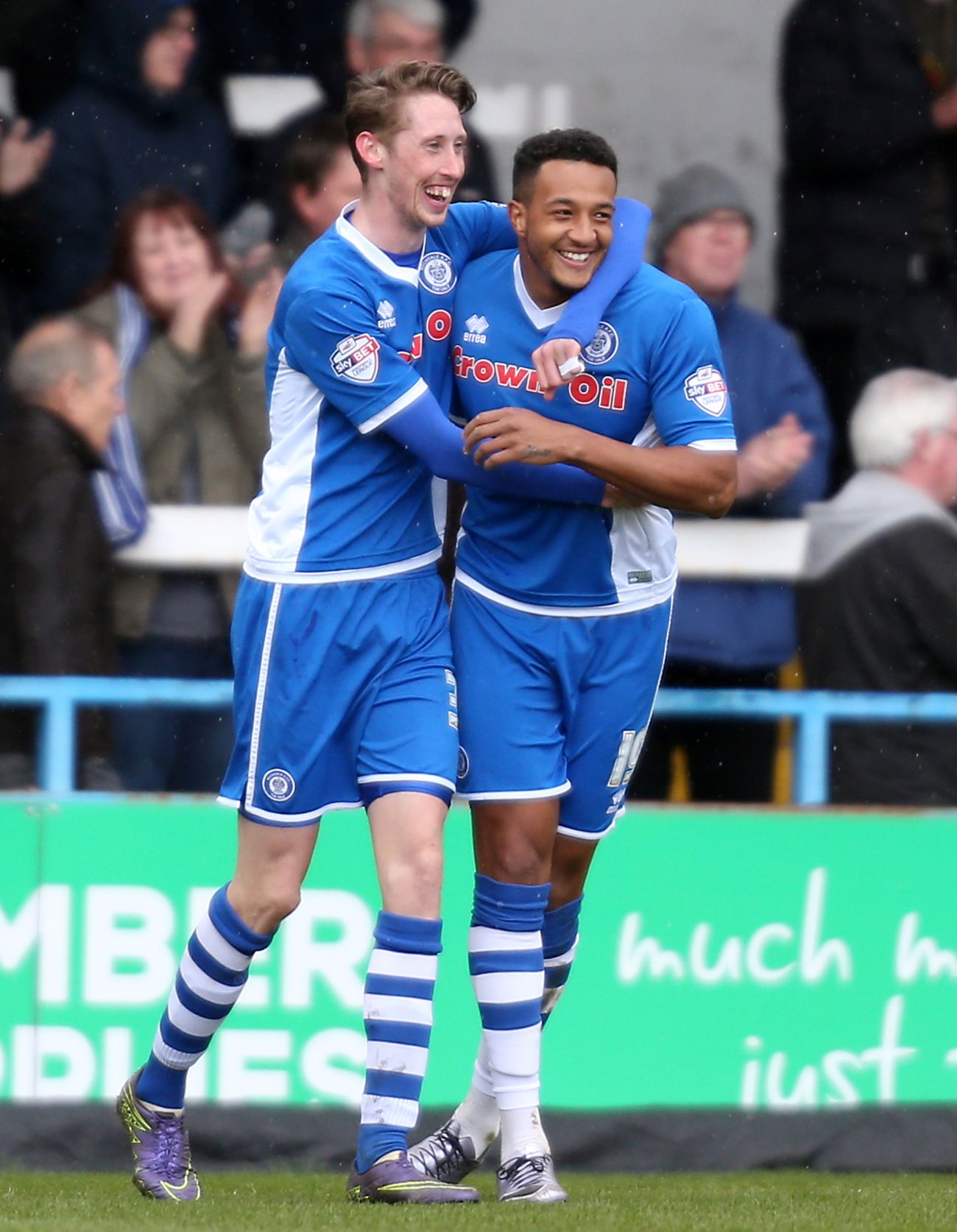 Mendez-Laing had undoubted talent but was in need of a new challenge, and Rochdale provided him with an opportunity at the start of the 2015/16 season. He had left Peterborough after three years but settled into life in the north west well.

He scored his first professional hat-trick in an FA Cup victory over Swindon Town in November 2015, whilst he netted a brace in a local derby win over Bury which endeared him to the Spotland crowd.

On his return to London Road with Rochdale that season, the winger haunted his former side, scoring in a 2-1 victory for Keith Hill’s side.

Ten goals in 36 appearances was a fine return in his debut season with Rochdale and it was enough to earn a one-year contract extension at Spotland.

In his second season in the north west, Mendez-Laing had further established himself as a regular in the first team. He impressed, too. He provided a number of assists, whilst his goals return again hit double figures.

But, it was also a progressive season in terms of appearances. He played 49 times as Rochdale challenged for a place in the League One play-offs, but they fell just short.

He went through a purple patch in March 2017, scoring four goals during the month which earned him a nomination for the League One Player of the Month, but his performances had alerted higher-division clubs to what he could do.

With his contract at Spotland due to end, there was a race to secure his signature. He eventually left Rochdale having scored 20 goals in 85 games, whilst he also contributed 19 assists, and joined Championship side Cardiff City.

Now back in the Championship with the Bluebirds, who were managed by Neil Warnock, Mendez-Laing knew he had the opportunity to kick on in his career. After Warnock’s side got off to a good start in the campaign, there was a strong chance of promotion to the Premier League. 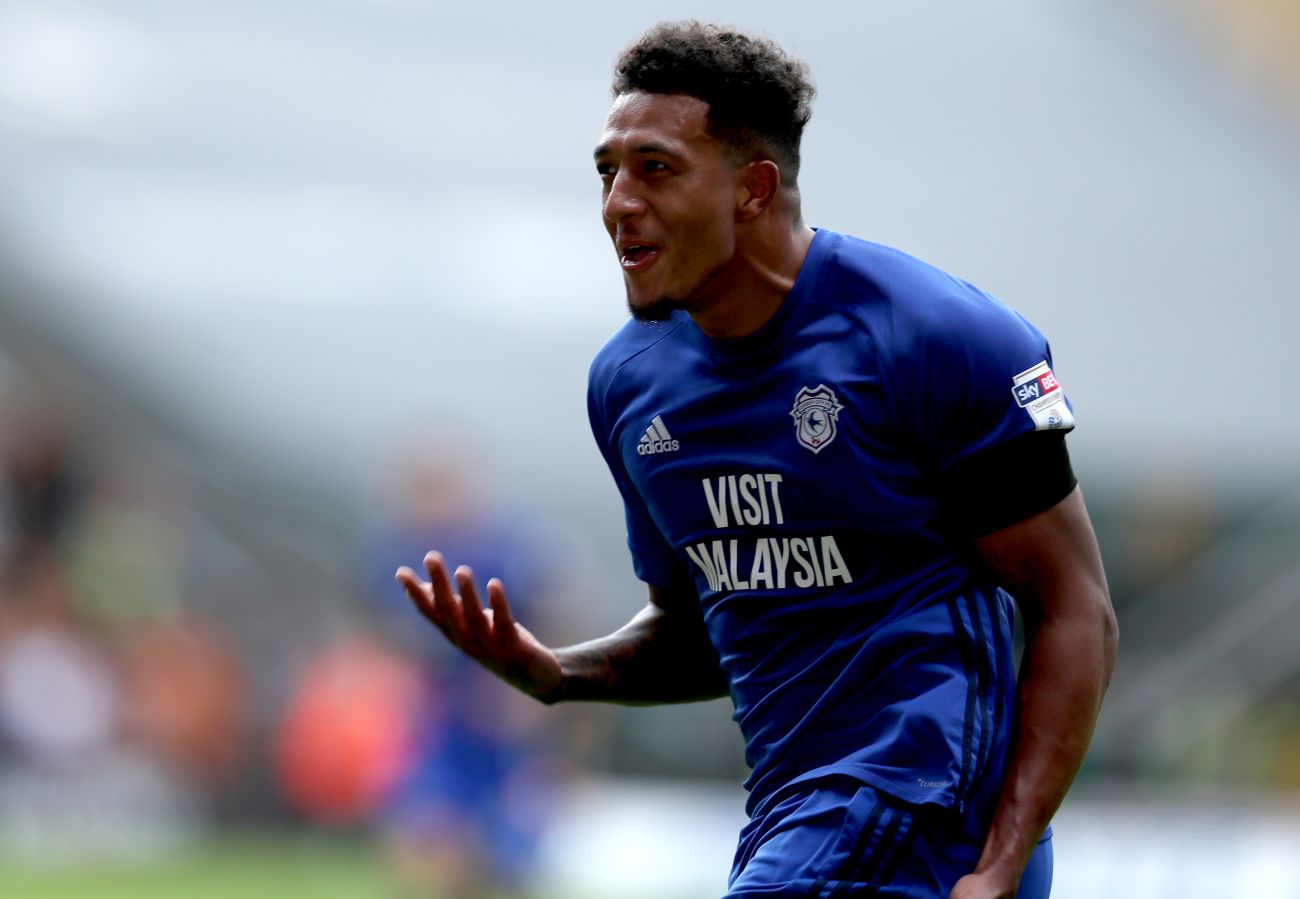 Personally, his start to life in South Wales couldn’t have started much better. He scored in an EFL Cup First Round victory over Portsmouth before netting in three consecutive league fixtures.

He scored a brace in a convincing 3-0 victory over Aston Villa, whilst goals against Sheffield United and Wolves, both in victories, earned him the Championship Player of the Month award for August 2017.

His speed and electric pace made him a handful for defenders and with the backing of his manager, he was free to express himself on the wing on what turned out to be a memorable campaign. 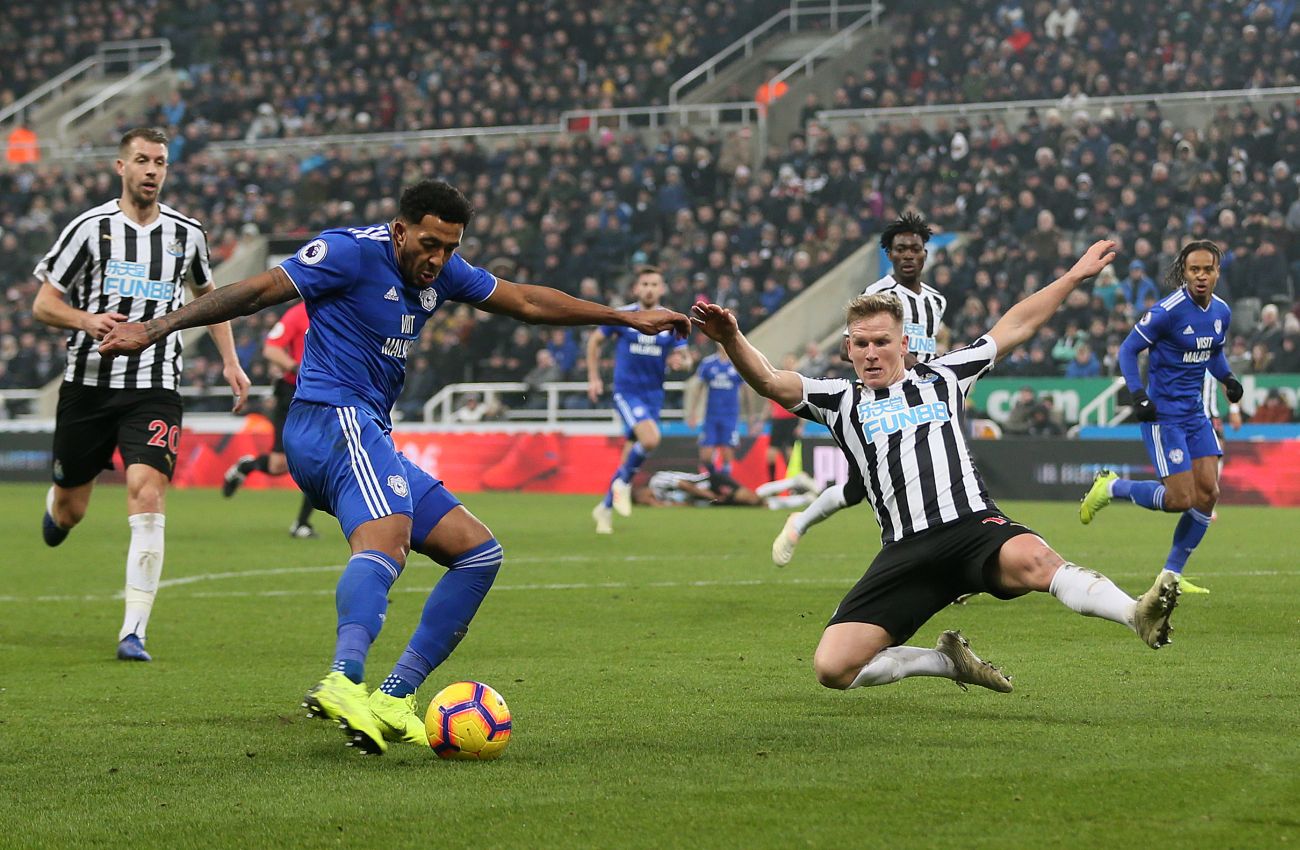 He provided six assists and a further two more goals as Cardiff masterminded promotion back to the Premier League after finishing second in the Championship.

It would be the winger’s first taste of top flight football and he showed no signs of letting the opportunity pass him by.

He scored his first top-flight goal at the Emirates Stadium in a narrow 2-1 defeat against Arsenal, whilst his second goal came in an away victory against Brighton & Hove Albion.

However, it was always going to be an uphill task to avoid relegation in their first season back at the top table. They fought hard, but ultimately fell short. But, Mendez-Laing did bow out of the Premier League campaign in fine style. 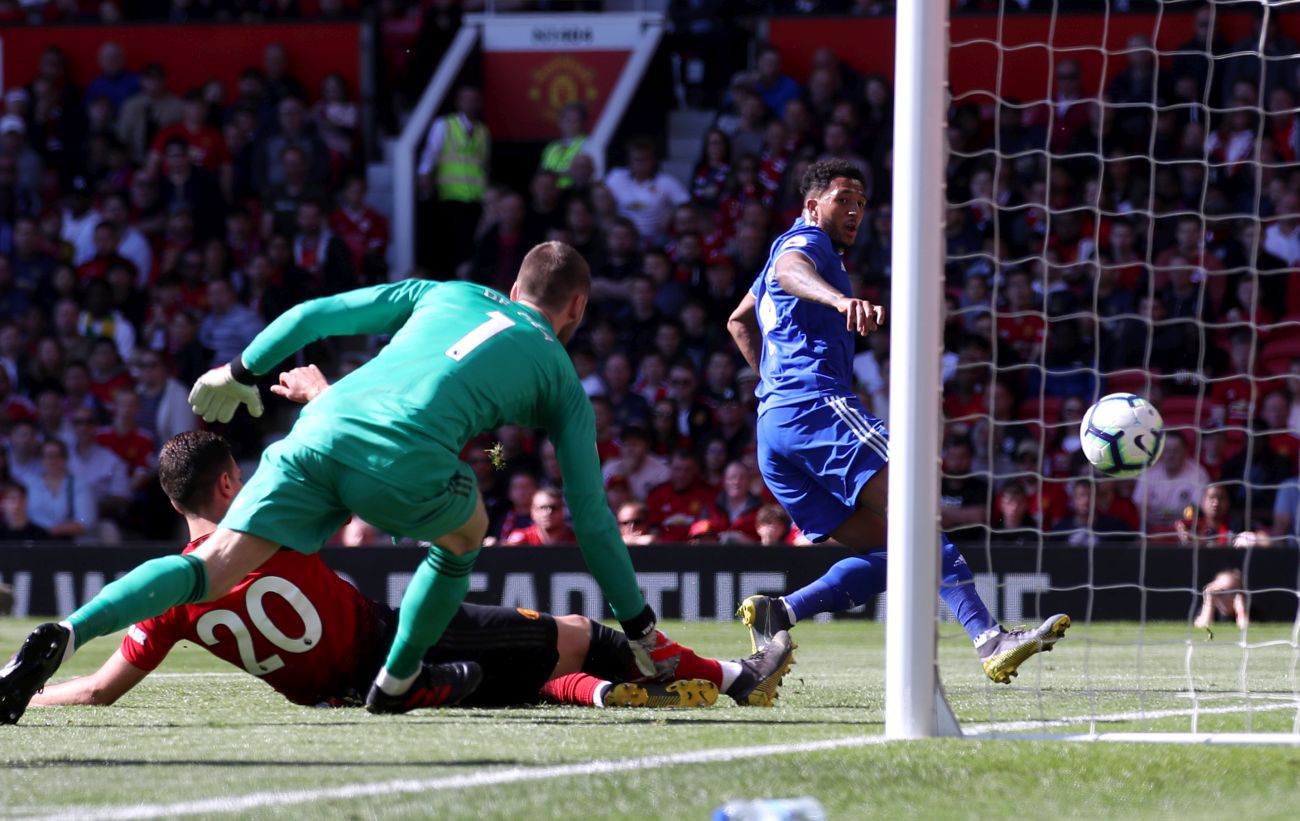 Having already suffered relegation, Cardiff travelled to Old Trafford to take on Manchester United in the final fixture of the campaign. The winger put in a solid display and turned out to be the match winner as he scored a brace in a 2-0 victory at the Theatre of Dreams on an afternoon he will never forget.

Cardiff nearly returned to the top flight at the first time of asking as they reached the Championship play-offs in the COVID-19 affected 2019/20 campaign. Warnock had been replaced half way through the campaign by Neil Harris.

Mendez-Laing scored three times, which included a winner at the City Ground in a 1-0 victory over Nottingham Forest, but they were beaten in the Semi-Finals by eventual winners Fulham before he left the club in September 2020.

He linked back up with Warnock during the 2020/21 campaign, signing for Middlesbrough and made his debut at Pride Park Stadium as the Rams ran out 2-1 winners. 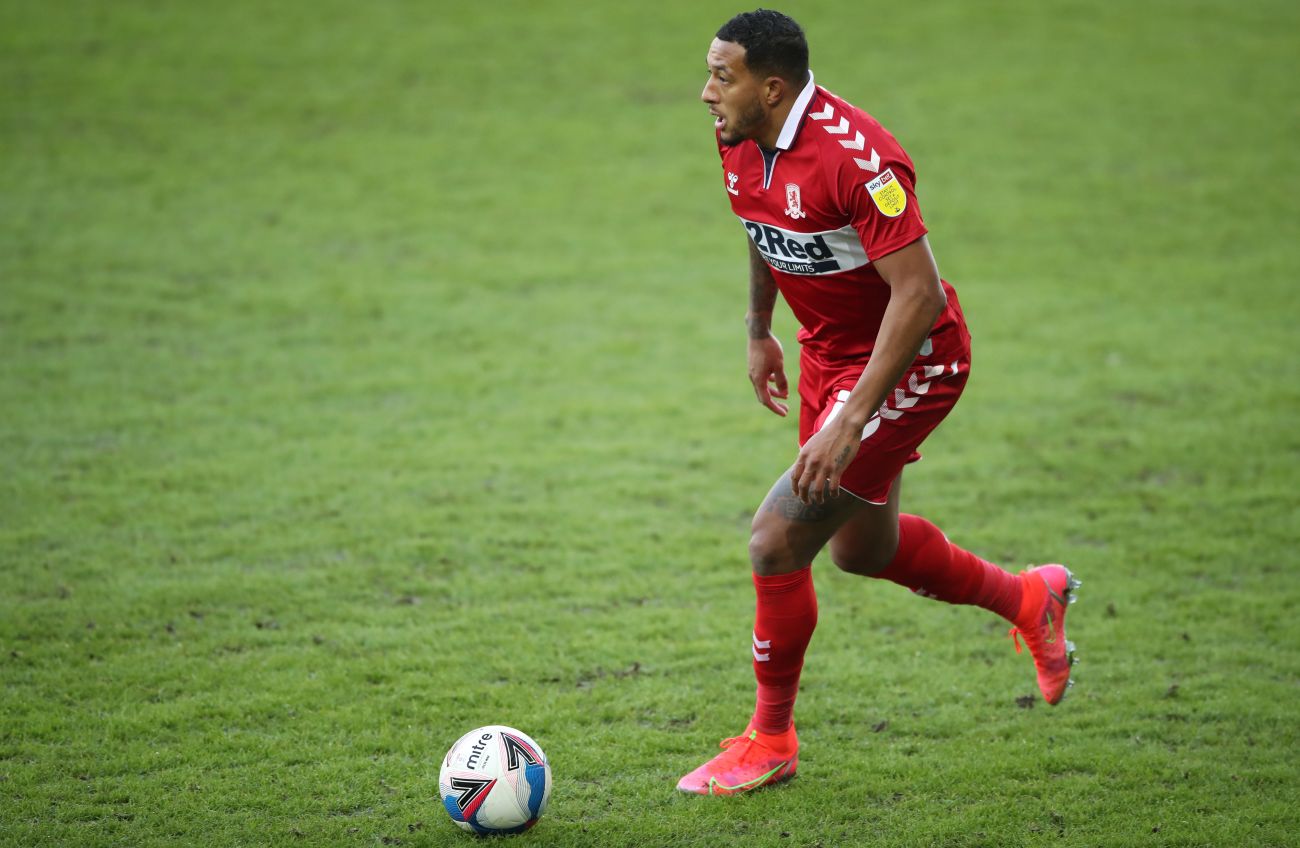 The winger scored his only goal for the club in a 3-0 victory over Stoke City in March 2021 but after making nine appearances, he left the club at the end of his short term contract.

Last season, Mendez-Laing spent the campaign with League One side Sheffield Wednesday, scoring two goals in 19 appearances as they were beaten in the Semi-Final stage of the play-offs by eventual winners Sunderland. 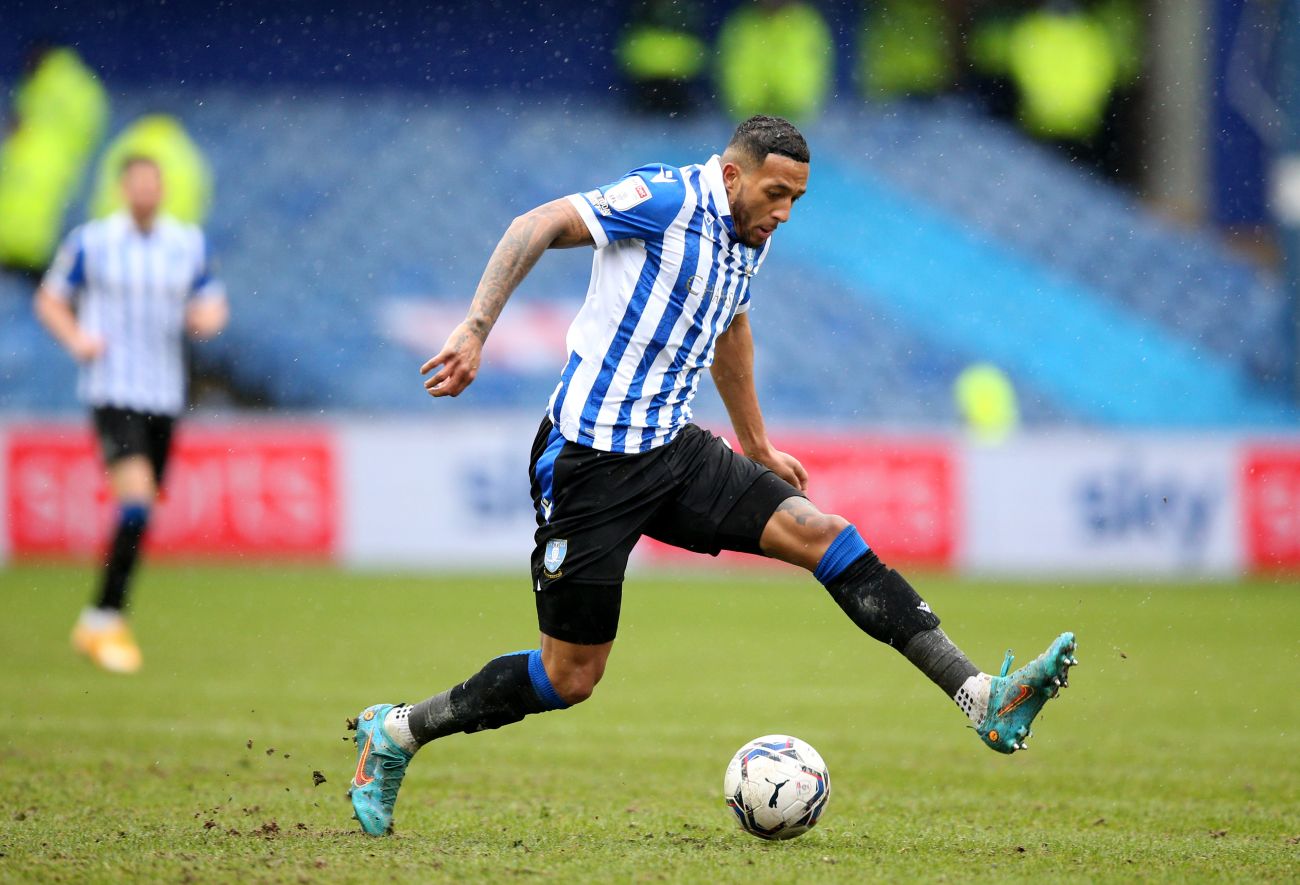 The winger, who predominantly plays on the right-hand side, has put pen-to-paper on a two-year contract with Derby County and following the news the club exited administration on Friday, he became the third new addition to the squad.