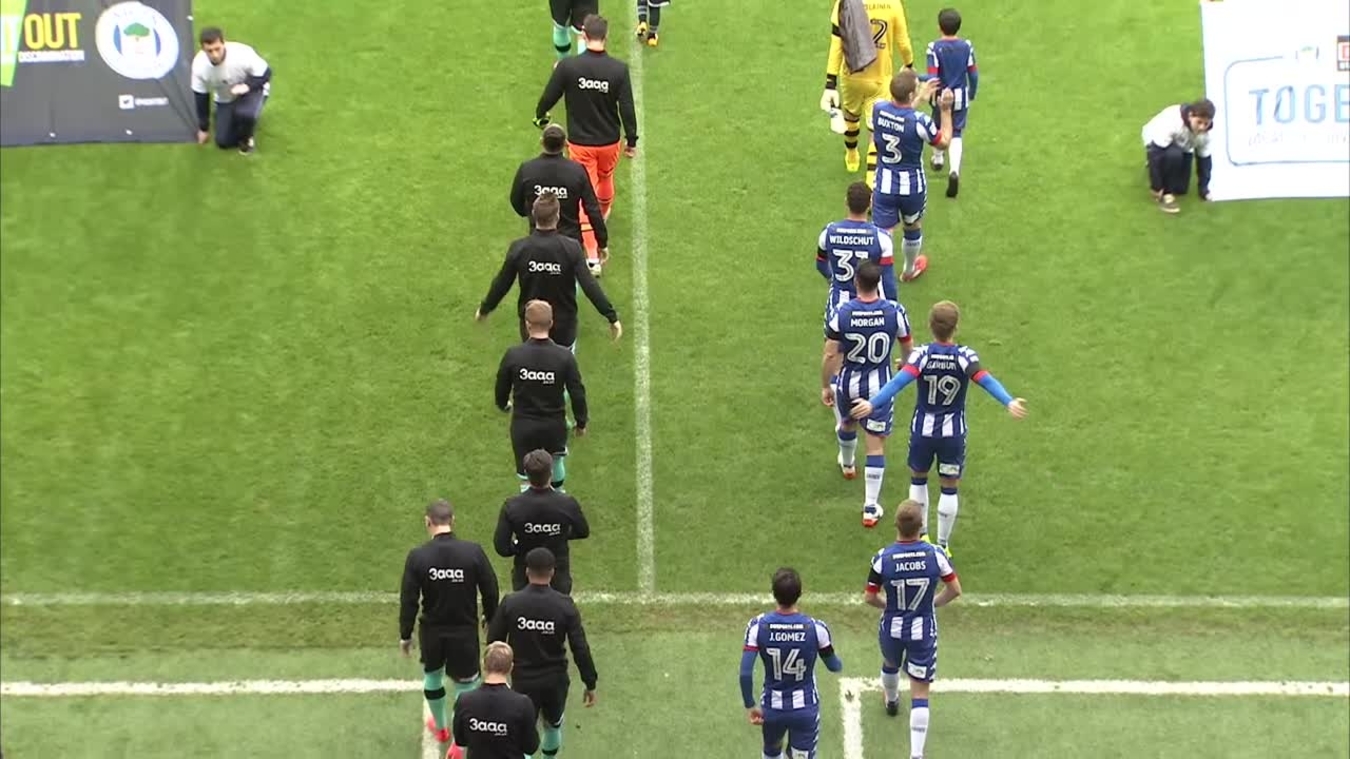 Bradley Johnson’s second goal in as many games proved enough as Derby County ground out a 1-0 victory over Wigan Athletic at the DW Stadium.

The matchwinner against his former club Norwich City a week ago, the 29-year-old opened the scoring after 16 minutes with a looping header in what proved to be a comfortable first half for Steve McClaren’s side in Greater Manchester.

The second 45 minutes was a completely different story, though, as the Latics laid siege on the Derby goal, but were left frustrated by an impeccable defensive showing led by Richard Keogh and Alex Pearce.

The hosts, managed by Warren Joyce, had 16 shots to the Rams’ four, but that was a statistic that told the story of this game and their season as the result left them in the Sky Bet Championship’s bottom three.

Derby, however, have now recorded five straight wins in the second tier and are now just a point outside the play-off positions as their remarkable turnaround continued.

An entertaining meeting with very little with regards to goalmouth action, but the start had been very comfortable for Derby.

On the back of their 2-1 win over Huddersfield Town, Wigan, naturally, had a spring in their step and showed great willingness to zip the ball across the park in a bid to craft their openings in their fluid 4-4-2 system.

There were a couple of early half chances too for Joyce’s side. Michael Jacobs, the former Derby man, had the first as he sent a header over the crossbar from a right-wing cross, whilst Luke Garbutt, a left back operating on the opposite flank, fired over.

The Rams showed two changes to starting XI that defeated Norwich City. Matěj Vydra was in to lead the line and Marcus Olsson in at left back in place of Darren Bent and Max Lowe and the former proved to be a nuisance in the opening exchanges.

It was from some busy work in between the lines by the 24-year-old that won the free kick that led to Derby’s opening goal – only the eighth that Wigan have conceded on home soil.

Left of centre, Ince whipped a high deep ball into the path of Johnson, the visitors’ matchwinner against Norwich, who leapt highest to direct a header back across Jussi Jääskeläinen and into the far corner of the goal.

The contest sprung to life from there. Craig Morgan, restored to the side for the Latics, headed over a corner from Jordi Gomez, whilst Johnny Russell passed up a guilt edged opportunity to double the advantage and hit a post after being gifted possession in a sloppy manner by Joyce’s side.

Though they made mistakes along the way, Wigan looked slick going forward and continued to create chances.

Jacobs bent a free kick from the edge of the box over, whilst Max Power, on his right foot, forced Scott Carson into his first save of the afternoon with a firm hit from a central position.

Approaching the last 10 minutes of the half and with Derby continuing to dictate the tempo of the game with patient possession, a vital interception from David Perkins, the busy midfielder, denied Russell a clean shot on goal from close range.

Johnson’s fine header proved to be the difference going into the interval, but being only a goal behind offered Wigan encouragement for the second 45 minutes if they could add a clinical touch in the final third.

That was the case for the entire second half of this as game as the hosts pressed Derby right back towards their own goal, but they were met by a brick wall in the form of Keogh, the captain, and Pearce, who dealt with everything thrown in their direction.

Joyce threw Will Grigg into the mix for added measure. The pressure continued to intensify and Wigan had three great chances to nick a point.

Yanic Wildschut, the pacey 25-year-old Dutchman, made the most of a rare occasion that the Derby backline was exposed, but was thwarted by Carson at his near post and later the crossbar also came to the Rams’ rescue as Power stretched and sent a looping header towards goal.

The pressure intensified as the clock ticked and Pearce had to be alert to apply a last-gasp clearance near his goalline as Wigan bombarded Derby’s six-yard area with cross after cross, but the visitors saw the game out eventually to claim another hard-fought win and a fifth in the row in the Championship.