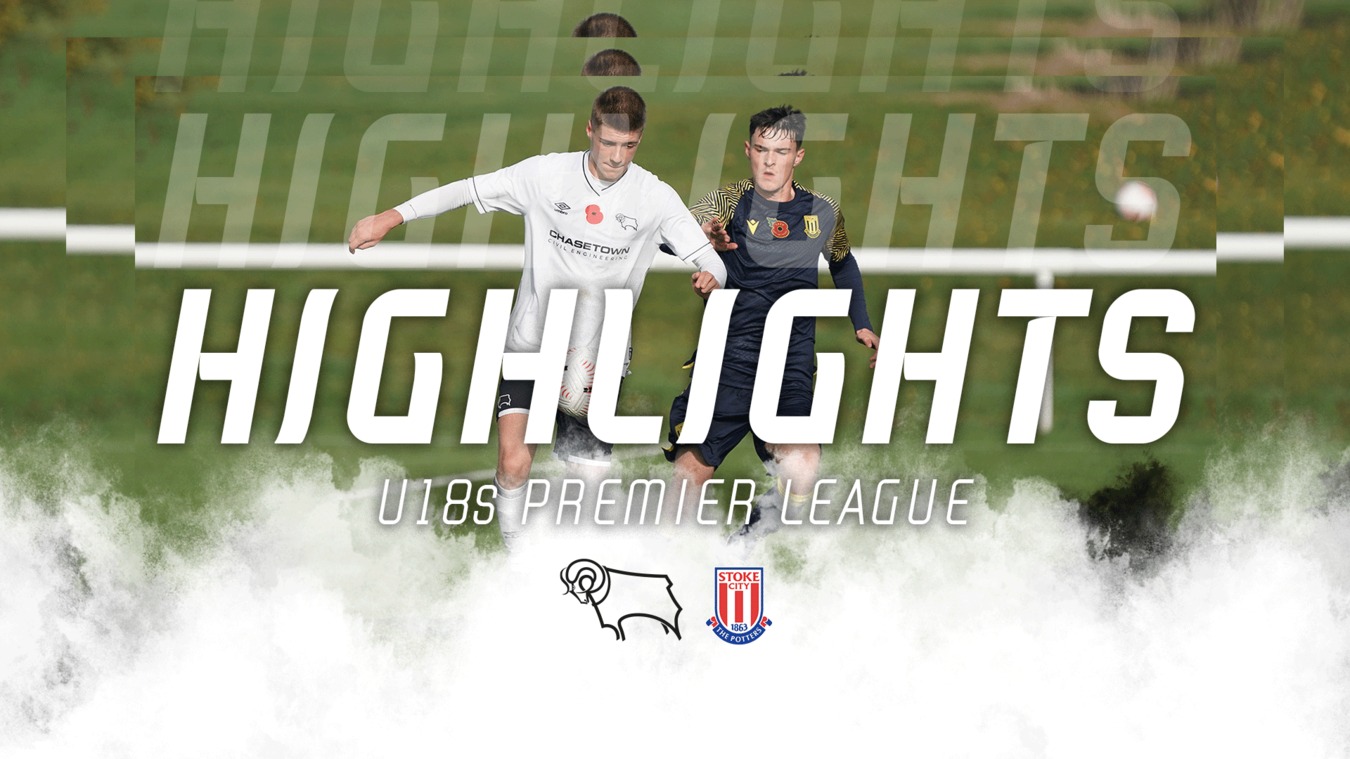 Derby County Under-18s fell to a 1-0 defeat to Stoke City at Moor Farm in the Under-18s Premier League – North.

Ahead of the game, both sides laid a wreath and held a moment of silence in honour of Remembrance Day.

The only goal of the game came midway through the first-half when Jamie Melbourne struck from a free-kick on the edge of the box.

The Potters were reduced to ten men with 15 minutes left to play when their keeper, Robbie Hemfrey tripped Jack Rogers after the Rams’ striker ran past him on the edge of the box.

Derby started well with a lovely move as Osazee Aghatise turned well in the middle of the park, played forward to Seb Thompson who found Dylan Williams down the left wing, but the wingers cross was cleared.

However, from there Stoke got a hold in the game while the Rams struggled in the final third.

Charlie Rutt pulled off a brilliant goal-line clearance after 15 minutes to prevent Stoke from taking the lead. Alfie Roberts parried a cross from Melbourne into the path of Jack Griffiths and the Rams defender spotted it just in time and kicked the effort of the line.

But soon after, the visitors took the lead when they were awarded a free-kick on the edge of the area. Melbourne’s shot nestled into the far corner.

The Rams had a brilliant chance to equalise midway through the second-half when he received a long-ball and went one-on-one with the stoke keeper. Humfrey managed to get a hand to the ball as Aghatise looked to go round him.

Four minutes later, Humfrey was given the marching orders when his outstretched leg tripped Rogers as he rounded the keeper right on the edge of the box.

With a man-advantage, Derby pressed for the equaliser in the closing stages, enjoying plenty of possession around their opponent’s box but unable to find the target. Under-16s player, Sam Sebagabo, dragged a shot just wide while Marko Borkovic saw his effort blocked in the final minutes.