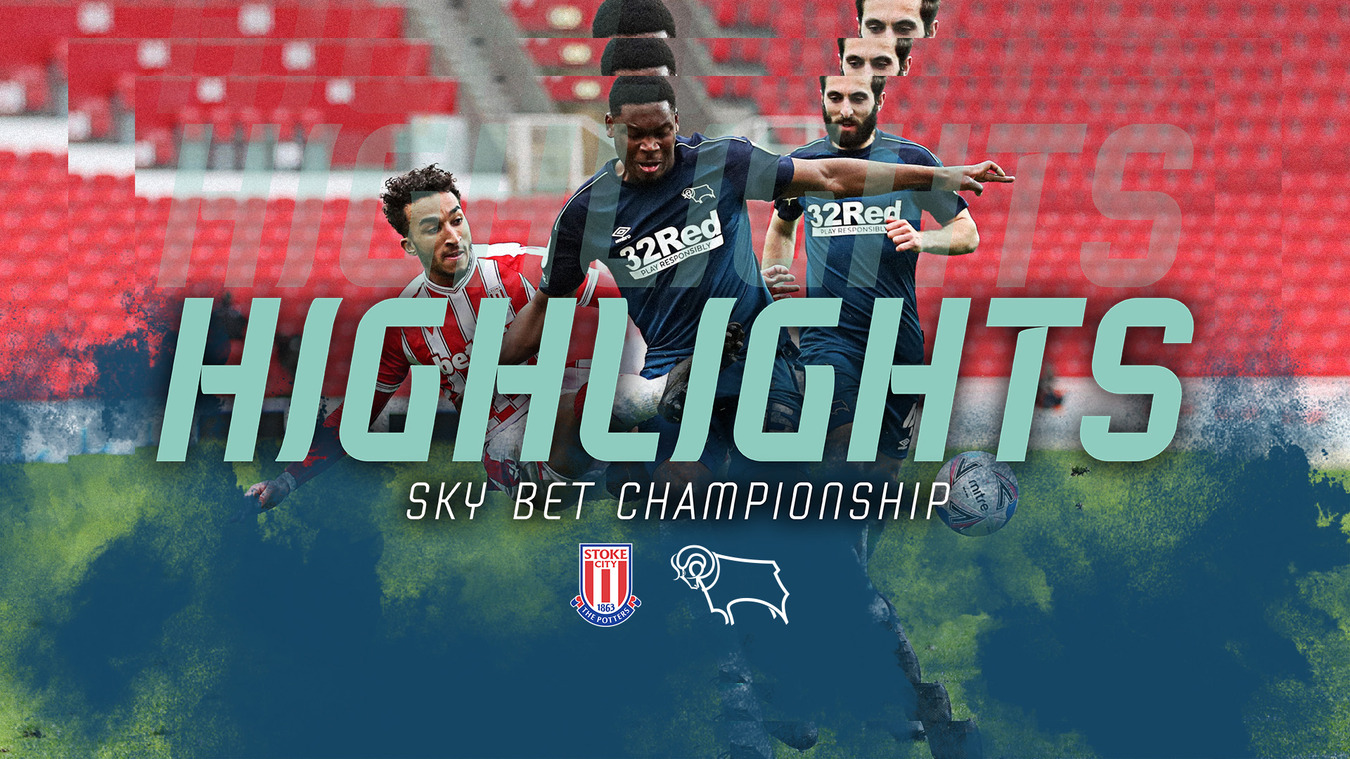 Rooney: “Today Was Not Good Enough” Byrne: "We Have Got To Look At Ourselves" Rams Suffer Defeat Against Potters Ahead Of International Break Watch From Home: Stoke City Vs Derby County On RamsTV Byrne: "We Need To Keep Plugging Away" Gillett To Take Charge Of Derby's Away Game At Stoke

Derby County suffered a 1-0 defeat against Stoke City at the Bet365 Stadium in the last game ahead of the final international break of the 2020/21 season.

Jacob Brown bagged the only goal of the game with 15 minutes left to play heading in from close range.

Wayne Rooney was without Lee Gregory against his parent club who came on to score in Derby’s comeback for 2-0 down to earn a draw against Brentford earlier in the week. Cameron Cresswell came off the bench to make his senior debut after scoring five goals in six games for the Under-23s.

The Potters just edged Derby in the opening stages, but hadn’t created chances and used their advantage of being on the front foot until 24 minutes in. Kelle Roos was called into action when Brown brought the ball down in the left side of the box, but an extra touch put him at a tight angle and his effort was palmed round the post by the Rams’ keeper.

With two minutes left to play in the half, possession switched back and forth between the two sides deep in the Derby half, until Nathan Byrne finally broke away and charged down the middle of the park.

Colin Kazim-Richards and Louie Sibley ran on ahead of him and as Sibley drew the two defenders towards him, Byrne fed through to Kazim-Richards, but the forward dragged his low effort from the edge of the box wide of the mark for the visitor’s only shot of the first 45 minutes.

As the clock ticked down on the half, Rhys Norrington-Davies had a couple of deliveries into the box which were defended well by the Rams.

Teden Mengi was well positioned for the first for Kazim-Richards to strike clear, before Roos rose highest to bravely collect the second cross.

After a first half that saw little chances created from both sides, just one on target coming from the Potters, the teams came out for the second hunting for the opportunities.

The hosts looked to take aim inside the first five minutes of the second half when Allen tried an acrobatic kick inside the area but fired well pact the post.

Just two minutes later and Derby had their brightest moment of the game so far.

Straight down the other end, Mengi defended his man well in the one-vs-one situation after Stoke get forward into the box quickly. Nick Powell stepped in in the middle of the box and picked up the ball, only to fire well over Roos’ crossbar from close range.

As the sides continued to switch taking chances, it was Derby’s turn again. A well-worked routine found Louie Sibley’s run on the edge of the area. His effort was blocked, but the Rams kept the attack alive for Kazim-Richards to take a brilliant touch to bring the ball down, but he struggled to get his footing and hit his strike wide of the mark.

Derby were called in to defend their area on the hour mark and Roos again stepped in to punch away a delivery by Jordan Thompson before Mengi could head to clear the danger further.

With 15 minutes left to play, Stoke too the lead stemming from a free kick. The ball found Powell outside of the area who crossed towards the back post. Brown ran on and headed past Roos.

Brown had another great opportunity just five minutes later. A free-kick was delivered to the back post for Danny Batth to head back across goal. Roo palmed the ball away into the path of the goalscorer who struck the side netting from close range.

The Rams will look to bounce back in a fortnight following the final international break of the campaign.