Derby County's Under-18s were unable to end the season on a high note after they fell to a 2-1 defeat against Burnley at Moor Farm Training Ground on Saturday. 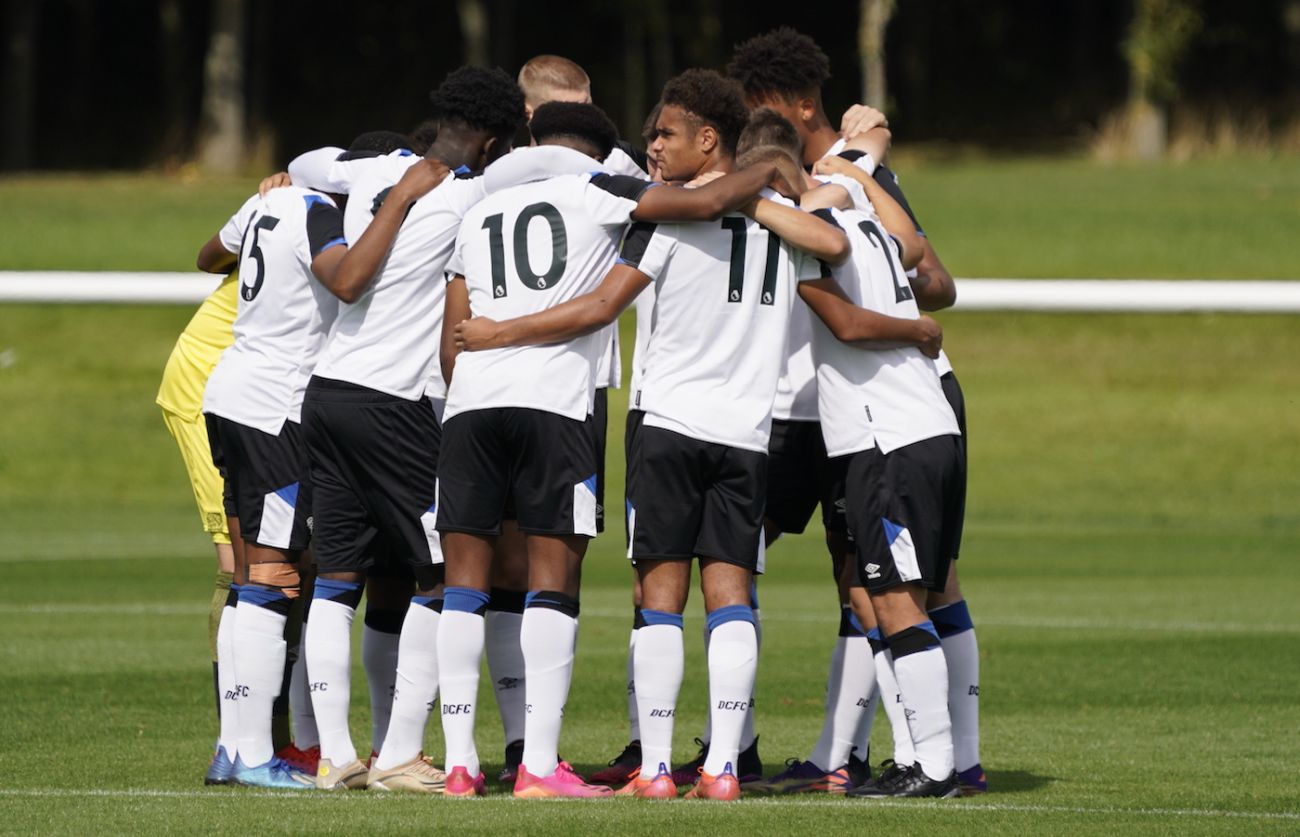 The result capped off a disappointing end to the season for the Under-18s, ending with an 11-game winless run and finishing 11th out of 14 teams in the Under-18s Premier League North with 27 points from 26 games.

The first half did not produce many clear-cut chances from either side, but Derby were clinical when their opportunity came in the half.

The hosts looked most dangerous from set-pieces with Ola Ibrahim’s delivery, and the goal came when a free-kick was aimlessly cleared out to the edge of the box, where Harry Hawkins was waiting.

The midfielder took one touch to get the ball out of his feet and then placed a curling effort beyond the Burnley goalkeeper and into the top-left corner of the net to give the young Rams the lead.

The goal was scored at the midway point of the first period. From that moment on, Adam Robinson’s side deployed a low block and defended their slender lead resolutely through to half-time, looking to counter down the wings whenever possible.

Reece Nicholas-Davies and Jayden Davidson had some bright moments on the ball on each wing but could not get into positions where they could hurt the opposition.

The home side came out for the second half with a similar approach enforcing the low block and looking to counter quickly when Burnley committed men forward.

However, the visitors came out with a lot more intensity in their press and stifled the young Rams whenever they tried to transition with the ball, and the game quickly turned in their favour.

A quick Joe Westley double just after the hour mark flipped the game on its head for Burnley; the first was a great team move which ended with a deflected shot falling to the forward, who finished well into the top corner.

The aggressive press from the visitors was too much for Jack Thompson for Westley’s second, as the Derby ‘keeper’s clearance was under-hit and fell right into the path of the goal scorer, who had the easy task of firing the ball into an empty net.

That quick turnaround seemed to take the life out of the Derby side, who pushed hard for an equaliser but struggled to create opportunities for the majority of the second period.

The home side’s best chance came with the last kick of the game, as Derby won a free-kick 20 yards out and in line with the middle of the goal.

Up stepped Ibrahim, whose dead-ball deliveries had caused issues for the opposition all game, to grab a late equaliser. Rather unfortunately, the Irishman’s swerving effort cannoned off the bar and the referee’s full-time whistle came straight after.