Derby County will be back in action at Pride Park Stadium for the first time in the 2019/20 campaign when they host Swansea City on Saturday, kick-off: 3pm.

Phillip Cocu’s side will be looking to build on their winning start against Huddersfield Town on Monday night and here, dcfc.co.uk has gathered all the information you will need ahead of the clash with Steve Cooper’s side.

New signing Krystian Bielik won’t be in action at Pride Park as he continues to build fitness.

Duane Holmes, who was injured on international duty during the summer, has started training with the rest of the team but this weekend’s game will come too soon.

Craig Forsyth, who suffered a season-ending knee injury last November, continues is edging towards a return and is expected to feature in an Under-23s game in the coming weeks.

Speaking to RamsTV ahead of his first competitive fixture at Pride Park, Cocu said: “First home game and we will do everything we can to make it a good game and get a good result to continue.

“We hopefully will have a lot of our fans at the stadium to support our team and give something extra.”

He added of Swansea: “They are a good team. They won also in their first game. They have quality and like to also have the ball.

“Like Huddersfield, they try to build up, they like to have possession and going forward with possession. Maybe a bit similar to Huddersfield.”

Pay on the day ticket prices have been confirmed and are available from the following prices*:

** Prices based on category D&E seating

*£1 per ticket booking fee is charged for tickets purchased online or over the telephone. £1 per transaction postage charge applies for all posted tickets.

Derby supporters are advised to be mindful of the ongoing A52 Wyvern Transport Improvement Scheme works when attending the game.

In the first edition of the new season, The Ram sat down with new signing Krystian Bielik ahead of the first game at Pride Park Stadium against Swansea City.

We take a deeper look into the opposition with an extensive guide on Swansea City and Max Lowe answers Random Questions.

The Rams were in control in the opening half as they looked to all-but seal their place in the Sky Bet Championship top-six ahead of their final game of the campaign.

Richard Keogh powered in a header from a Derby corner to put the visitors ahead, but the Swans came out fighting in the second-half and Wayne Routledge levelled from a rebound.

Jarred Gillett has been appointed as the referee for the Rams vs. the Swans who this season became the first foreign referee in the Sky Bet Championship.

The Australian recently moved to England to study and was regarded as one Australia’s most successful referees, claiming the A-League’s Referee of the Year on five occasions.

Gillett will be assisted by Mark Dwyer and Geoffrey Russell on the lines, whilst Darren England has been appointed as the fourth official.

Not able to make it to Pride Park? RamsTV has you covered with Live Stream coverage for fans outside the UK and Ireland and Live Audio for domestic viewers. 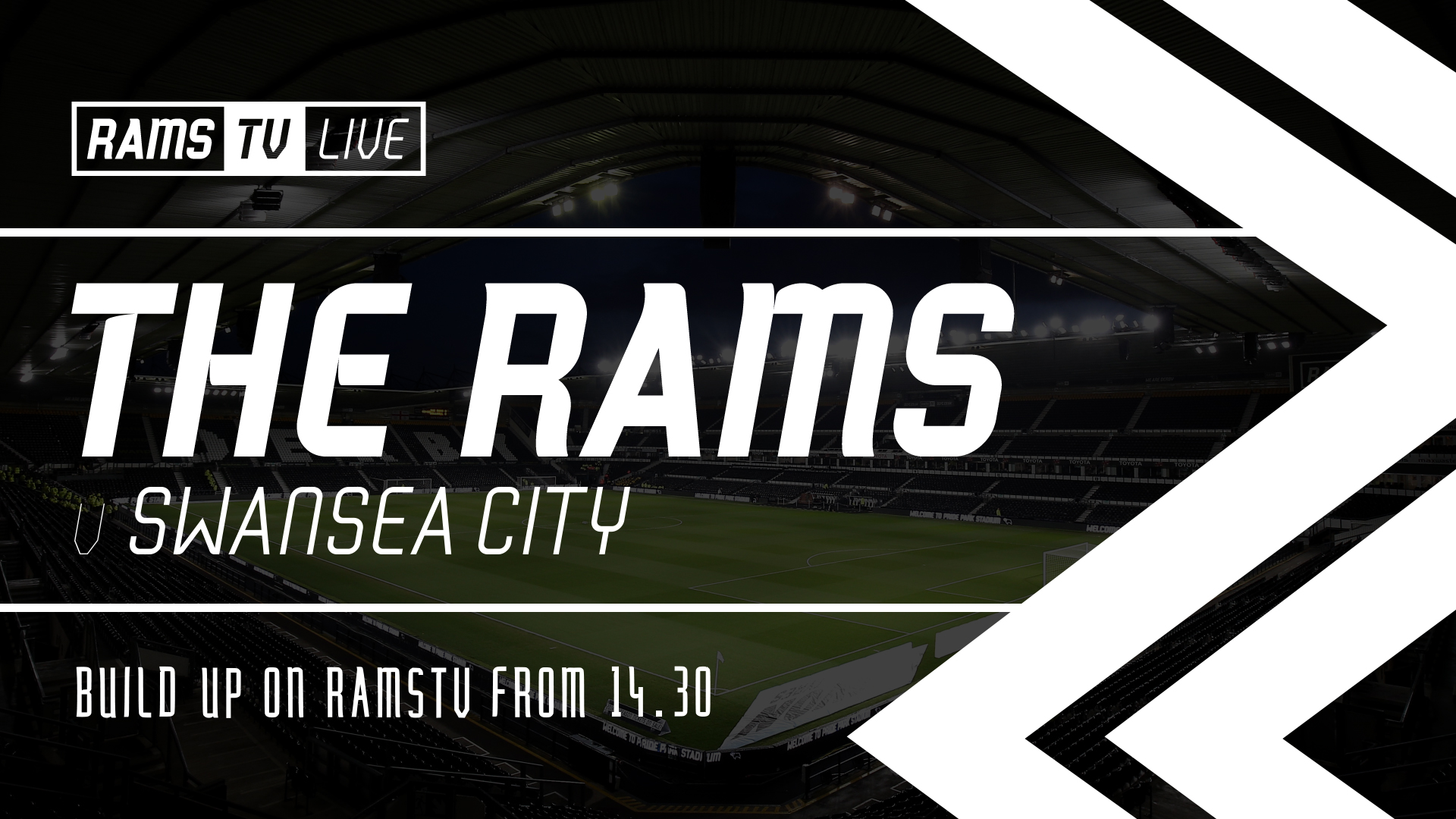 There’ll then been HD multi-camera coverage, with instant replays and full match commentary from Owen and Shane for all the action at Pride Park.