Derby County forward Tom Lawrence has been nominated for the PFA Bristol Street Motors Player of the Month for February. 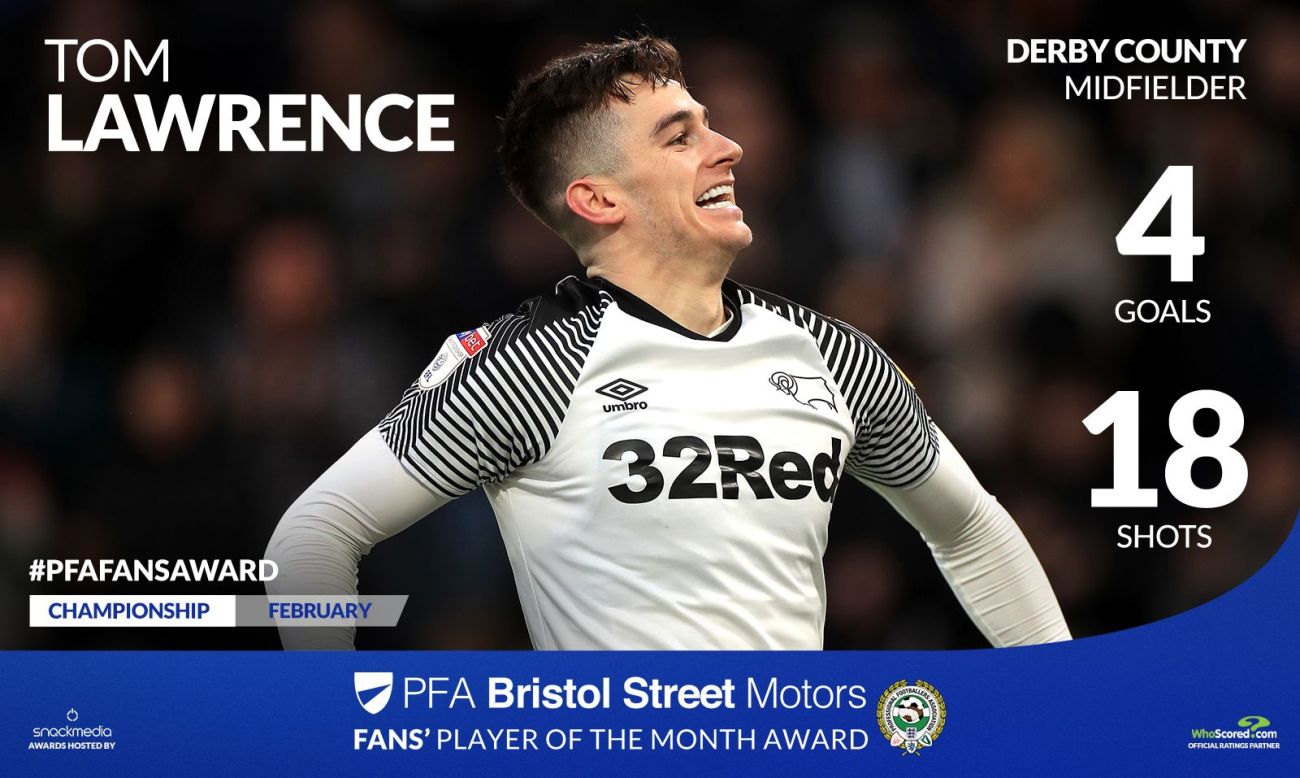 The 26-year-old has been in fine form in recent weeks, scoring four goals in his six league appearances during the month.

He scored the winning goal against Swansea City, earning the Rams a 3-2 victory in South Wales, whilst he thundered the opening goal of the game against Huddersfield Town a week later, in a game Derby go on to draw 1-1.

Lawrence then put in a man-of-the-match performance as he netted a brace in a comfortable 3-1 victory over Sheffield Wednesday at the end of the month.

This Award is decided by football fans across the globe and the voting is now open.

Ibe: “I Have Unfinished Business Here”