Derby County defender Andre Wisdom was pleased to earn a third clean sheet on the bounce on Saturday afternoon - but was disappointed not to earn all three points against Stoke City at Pride Park Stadium.

The Rams were forced to settle for a point despite dominating for large parts of the game.

Tom Lawrence forced an early save from Stoke City goalkeeper Josef Bursik, whilst Colin Kazim-Richards was denied his second goal for the club following a goalline clearance from Stoke defender James Chester midway through the first half.

Derby continued to threaten in the second half as Matt Clarke saw a header tipped over the crossbar following a controversial moment in the game.

Lee Buchanan appeared to be fouled inside the penalty area, and with everyone expecting the referee to point to the spot, he instead gave a drop ball to the bemusement of both benches.

It meant the Rams had to be content with a draw, but that did extend their unbeaten run to five games, whilst they also kept their third consecutive clean sheet, which pleased Wisdom.

“It’s a good performance but I still feel a bit disappointed that we didn’t get three points,” he told RamsTV.

“We couldn’t quite find the final pass to get the ball in the back of the net but overall I think it was a good performance from individuals and collectively.

“Stoke are a great team and have got some good players like Steven Fletcher, Nick Powell and some sharp wingers but as a back four, we have been working harder and trying our all to keep clean sheets.

“We need to keep doing the basics right; defend crosses, stop crosses and do simple things and its starting to show.

“It was good playing in the defence getting a clean-sheet again and that’s a good platform to work on from onto Swansea on Wednesday. Hopefully now we can build on the clean sheets and start to score a couple more goals.” 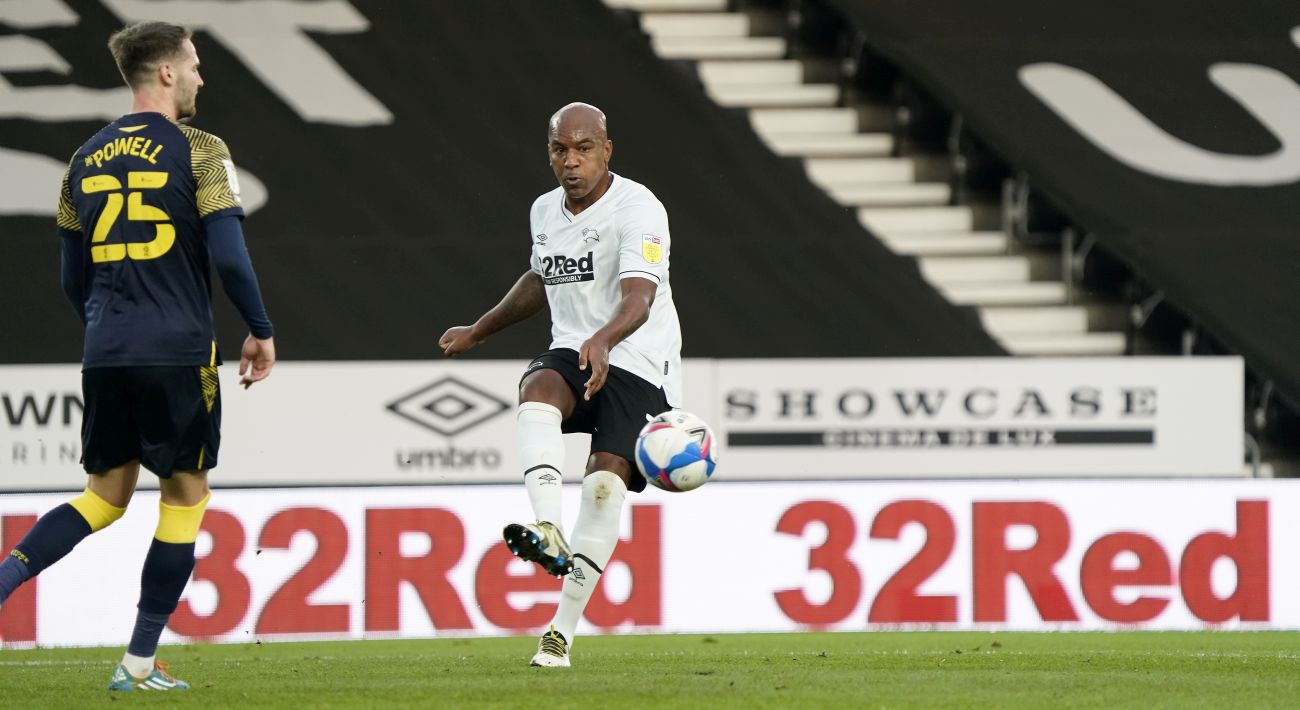 The Rams have another home fixture to look forward to on Wednesday night as Steve Cooper brings his Swansea City side to Pride Park and the defender believes that important first win at home this season isn’t far around the corner.

“I think it’s coming,” he admitted. “You can see personally being on the pitch and looking from the lads in the forward areas that the chances have been created but the ball has just not quite dropped for us or just not quite fell to the right person.

“It will come, we have just got to be patient and keep playing the way that we like to play – being aggressive and playing with a lot of energy but today I don’t think there was a question of energy and people showing courage and personality on the ball and the fight.

“It was just one of them days where we couldn’t put it in the net.”