There were two teams representing the Derby County Community Trust in the final day of the season this week. With any final day, it always brings with it trepidation and excitement - and this year’s final games certainly provided plenty of entertainment! 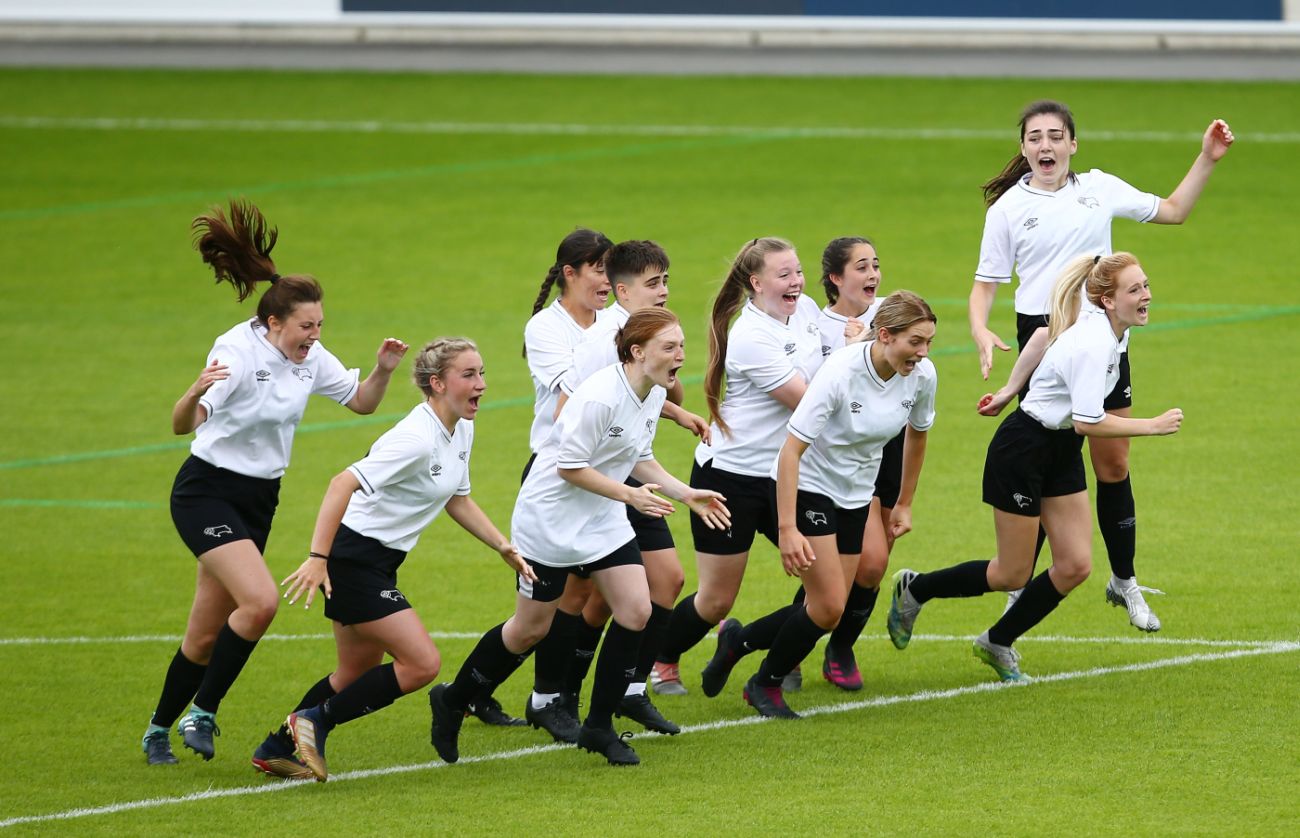 As the Community Trust's first ever Women’s 11-a-side team headed to York City’s brand new LNER Community Stadium to take part in the CEFA National Cup Final, another of their male teams lined up at the University of Derby to see if they could clinch the title in the last game of the season.

With the first kick off at York at 11:30am, the girls’ side prepared themselves to take on Peterborough, after advancing to the final on penalties against a strong West Bromwich ALbion side.

The female game started off with pressure from the Posh side, but this was quickly dealt with and the Rams controlled the play. An unfortunate counter-attack from Posh saw them capitalise on a short spell of possession and score against the run of play.

Derby weren’t deterred by the deficit and continued to dominate play, which was immediately rewarded as a smart link up saw the Rams clear on goal and the score was swiftly brought back to level terms with five minutes of the first half to play.

The second half continued in the same way as the first with Derby controlling the vast majority of play. The girls recorded several shots on goals but failed to find the back of the net, thanks to a worthy performance by the Posh goalkeeper, who justly went on to be named Player of the Match for her team.

As the final whistle was blown, the competition was heading to penalties and the girls readied themselves for their second set of penalties in two games.

Derby started the shootout on the backfoot as Peterborough United slotted their first shot home but the Derby team failed to reciprocate, with the Posh goalkeeper making an excellent save. The Posh girls went on to score their second too whilst Derby got off the mark.

Then, the tables turned and a low dive from Derby’s shot-stopper kept Peterborough’s third effort out, and the Rams brought the tally back to 2-2 after three penalties from each side. Peterborough’s fourth shot skimmed the crossbar and went over, and Derby responded by coolly scoring, edging in front for the first time.

The final Peterborough penalty again just fizzed over the crossbar and the Derby girls were victorious!

Player of the Match for the Rams went to the goalkeeper, who was playing her last game in Derby colours before heading to America this summer on a four-year football scholarship.

Back at home, one of our boys’ sides secured their second successive league title after a convincing 4-0 win against Shrewsbury Townon amuggy afternoon at Derby University.

Derby led at half time with a goal worthy of winning any title as a brilliant long-range effort found the top corner to put the Rams ahead.

Mike Noon, Football and Education Lead at the Trust, said: “The day’s successes showcased the progress within our Football and Education programme, with our first ever 11-a-side women’s team triumphing in a national cup and recording back-to-back league wins with one of our male teams is a huge testament to the dedication from students and staff.

“The course provides a unique opportunity to combine studies with sport and it’s a formula which hugely appeals. As we work with four different education venues we aren’t bound geographically and will have as many as ten teams representing the Rams from September.”