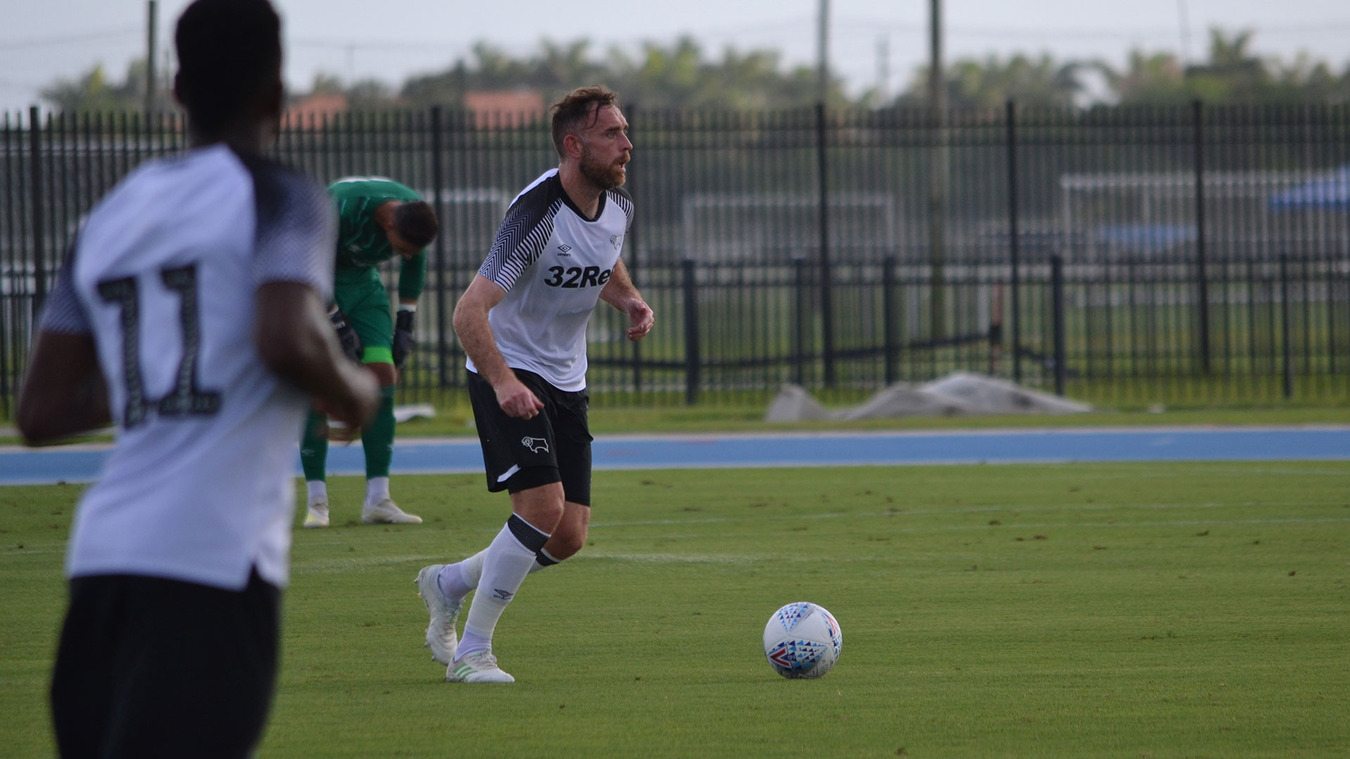 Behind The Scenes Of Rams' Stormy Clash With the Robins Derby County fell 1-0 to Bristol City in the first-half of their pre-season friendly fixture before severe weather put a stop to the game.

Play was delayed for 40 minutes after just 15 minutes of play as a storm threatened. The sides were due to play two 60 minutes halves with Phillip Cocu set to field two separate teams of 11.

Just ahead of the delay, Famara Diedhiou gave Bristol City the lead as he tapped in from the cross while Martyn Waghorn, Scott Malone and Jason Knight all came close for the Rams,

There were chances in the opening five minutes for both sides, with the Robins getting the first look at goal when Josh Brownhill received the ball on the edge of the box but struck wide.

On the five minute-mark, Scott Malone chased down a loose ball in the area from a bad pass out from the back. The full-back was just beaten by Dan Bentley who got down on the ball quickly.

A minute later, Kelle Roos was called into action with a good sae to deny Jack Hunt’s headed effort, however a minute later Bristol City took the lead through Diedhiou who tapped in from a cross.

After 16 minutes, the weather warning siren blared out throughout IMG Academy and play was suspended to with the threat of a storm less than ten miles away. Forty minutes later, play resumed without a raindrop being felt and was decided to be 45 minutes rather than the scheduled 60 minutes.

Soon after the restart, Hunt had another chance for the Robins but was again denied as Malone cleared his headed effort off the line.

The Rams built momentum with youngster Jason Knight looking lively. He played the ball through to Martyn Waghorn whose strike from inside the area was dragged wide.

Just two minutes later, Derby worked the ball well to create space for Knight. The 18-year-old drove forward and shot from the edge of the area but missed the target.

As the pouring rain moved through, the first 45 minutes came to an end and play was called off for the night due to severe weather.

The second-half will be played Sunday morning at 9.30 am local time.