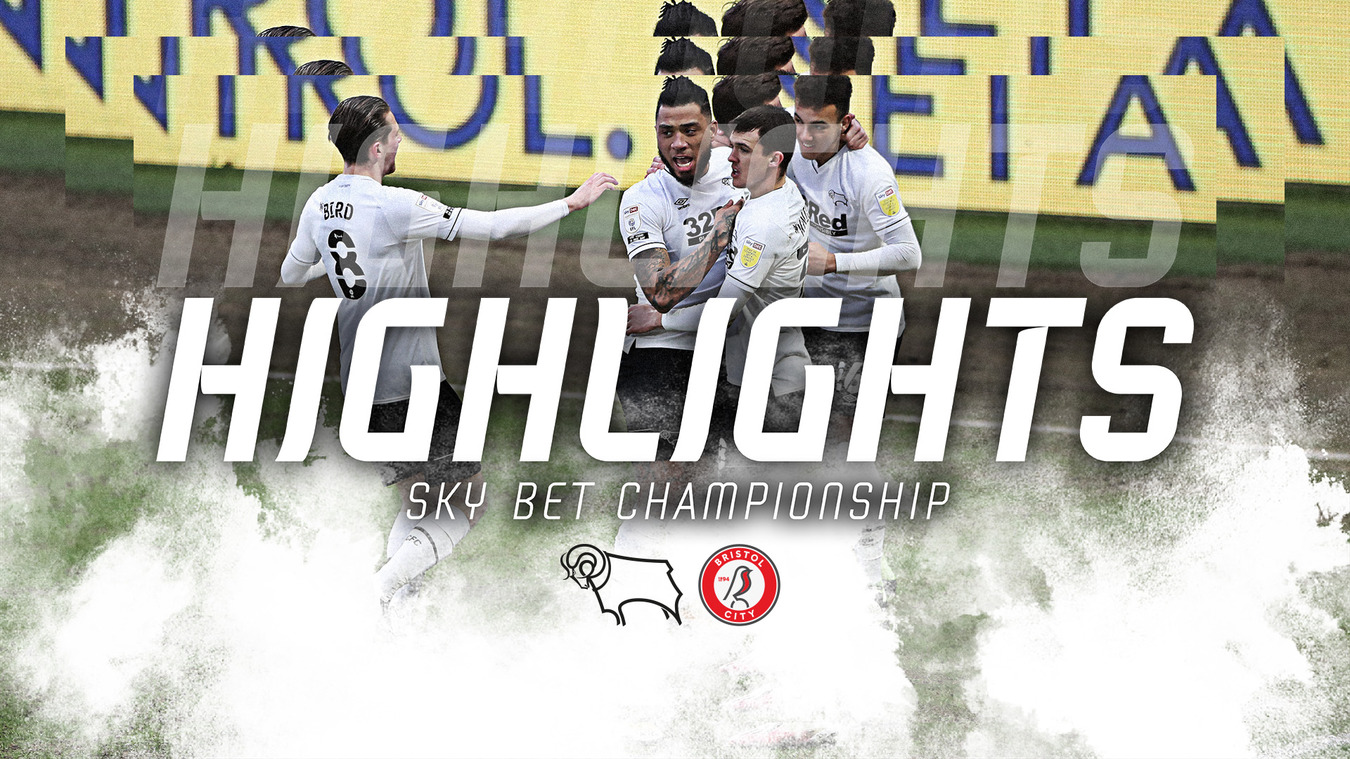 Rooney: “It Is Another Fantastic Win For Us” Rooney: "We Fought For The Win" Clarke: "The Whole Side Is Doing A Good Job Defensively" Wisdom: “We Have To Continue And Keep Pushing” Rooney: “We Need To Keep Doing Our Jobs” Wisdom: "We Have To Fight For Anything We Can Get" Derby Prepare For Visit Of Bristol City On Saturday

Colin Kazim-Richards was at hand with the winning goal for the second game in a row to bag his fifth goal of the season after just four minutes.

It is also the third successive clean sheet for the Rams who have seen three victories in the four games since Wayne Rooney was appointed the manager. 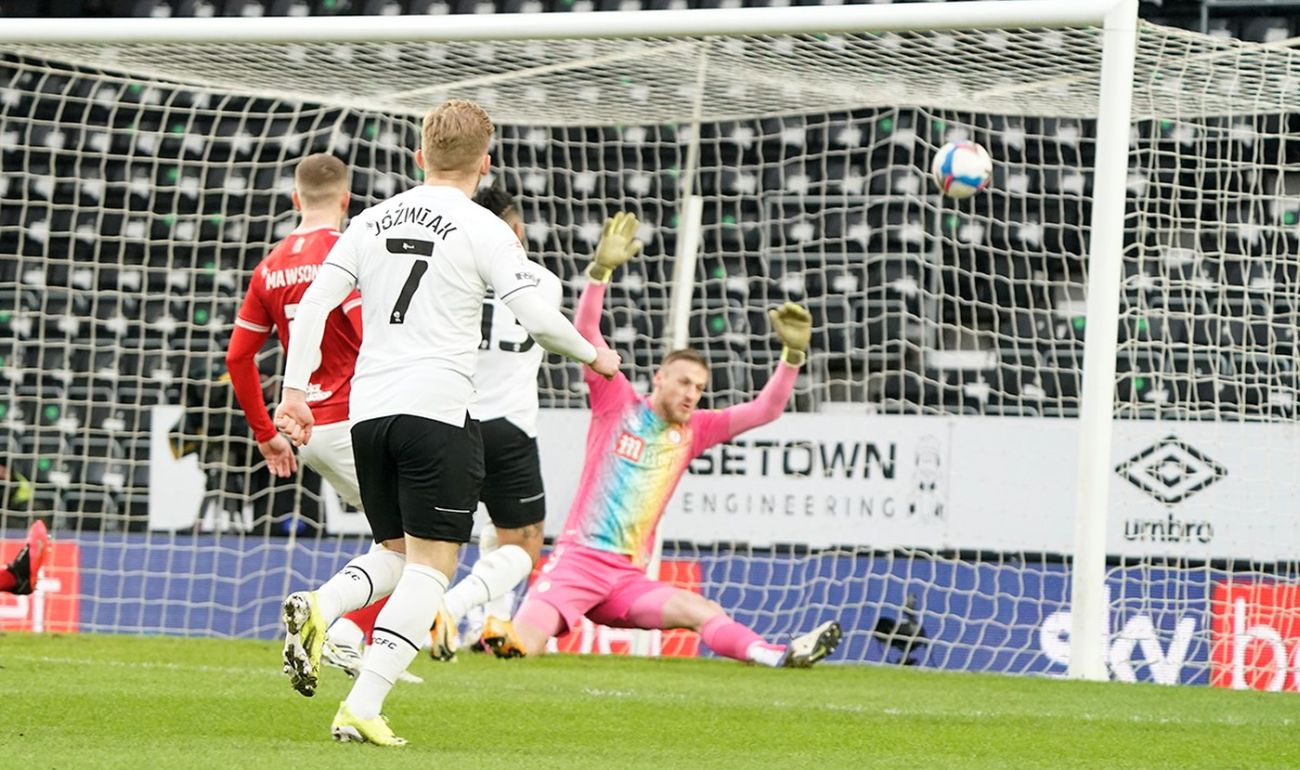 The Rams did suffer a blow mid-way through the first-half, however, as Krystian Bielik was stretched off the pitch.

Derby came out the blocks quickly and after just four minutes they had taken the lead. Nathan Byrne pinged a long ball across from the right flank to the left to the other full-back Lee Buchanan. He sent a perfectly weighed cross to drop at the back post, and Kazim-Richards rushed in and his half-volley smashed against the under-side of the crossbar and in.

Max Bird almost doubled the lead 15 minutes into the half when he smashed a half-volley with his right foot, but having beaten ‘keeper Dan Bentley, his effort rattled the crossbar. 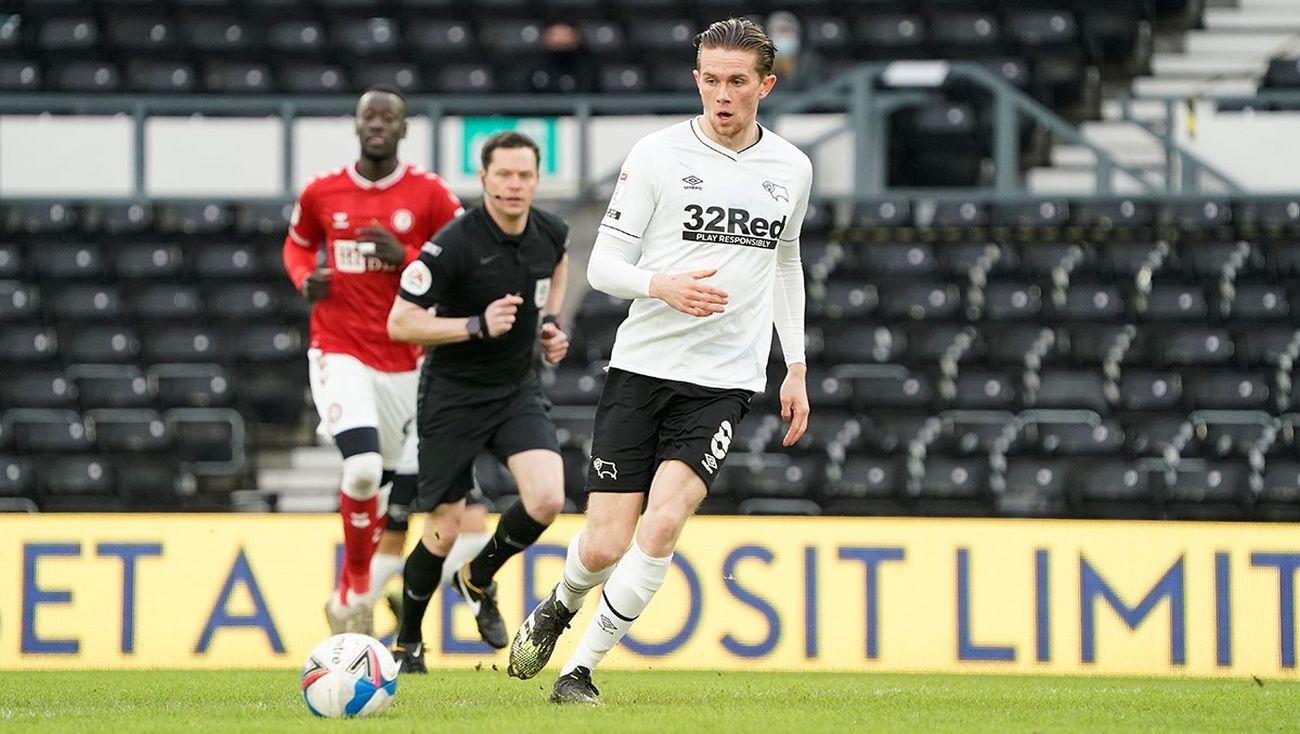 While the Robins were still looking for their first opening, another came for the Rams in the 21st minute. Graeme Shinnie crossed in from the left byline and Kazim-Richards jumped to head it at the back post. The delivery was slightly too high for his jump, but landed at the feet of Kamil Jozwiak who brought it under control but was denied by Bentley.

However, after half an hour, Derby were dealt a huge blow when Krystian Bielik went to the ground writhing in pain. He was stretched off the pitch with an apparent knee injury and the Rams were forced into their first change as Martyn Waghorn entered the game. 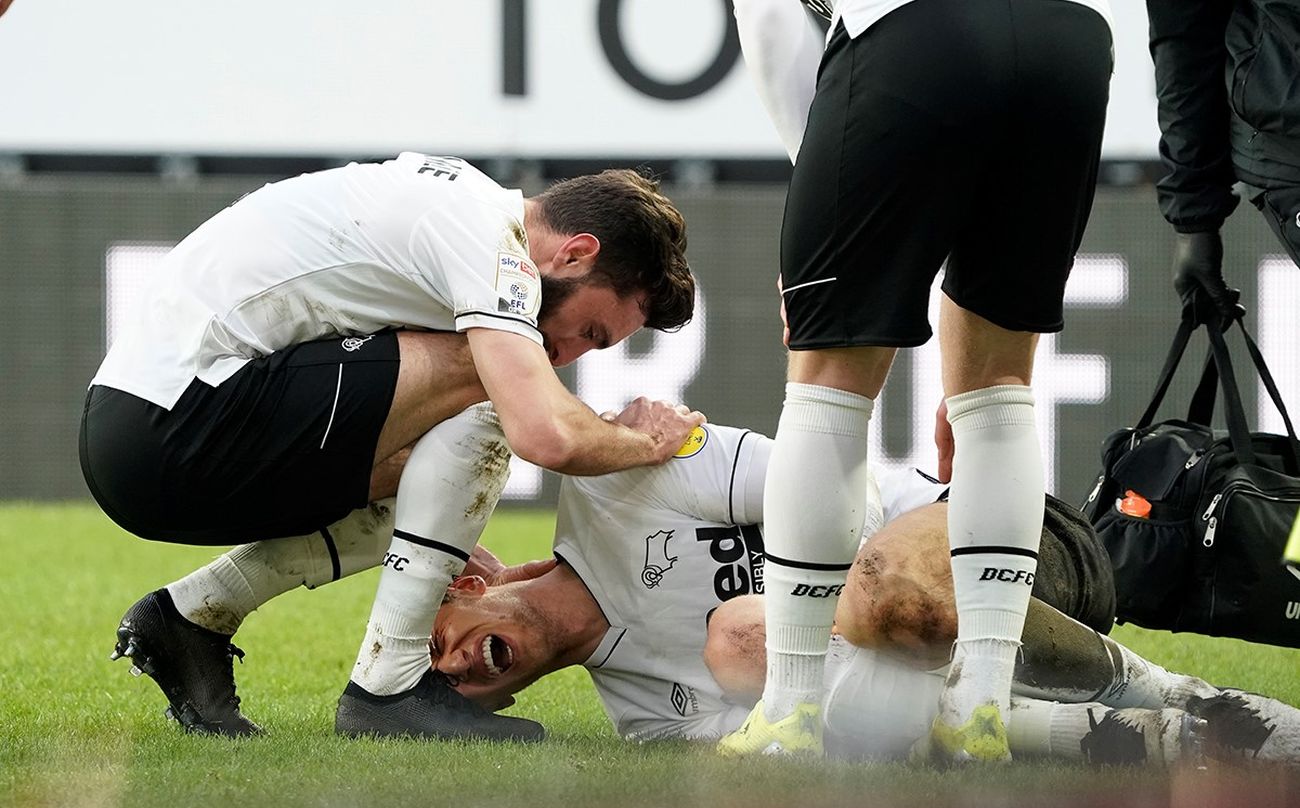 Bristol had a couple of good chances in the final stages of the first half, with Andre Wisdom making an important block to deny a shot from inside the area by Nahki Wells, before David Marshall was called into action to palm away a cross in front of the goal from Antoine Semenyo.

The Robins the ball in the Rams’ half for the majority of the opening few minutes of the second half, but the were hit on the counter-attack five minutes in. Kazim-Richards held the ball up well and set Jozwiak to make the run. He played forward to Buchanan on the left flank, but his shot was blocked and sent just over the cross bar. 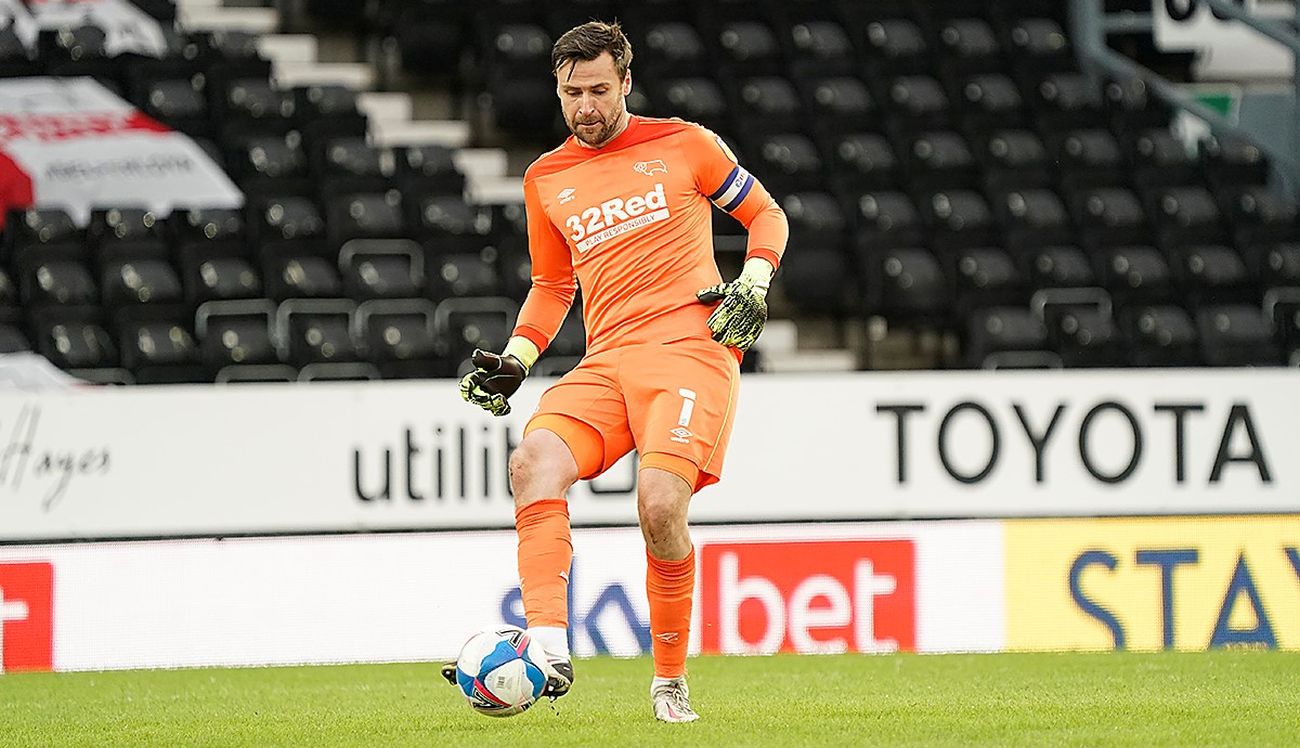 Soon after, and Bristol came close to finding the equaliser when Famara Diedhiou was open at the back post, but diverted his header wide.

With 15 minutes left to play, the Rams had an effort blocked and another cleared off the line to deny them from extending their lead. First, Byrne and Jozwiak combined down the right, with the forward taking aim from inside the area, but Alfie Mawson diverted his effort for a corner. 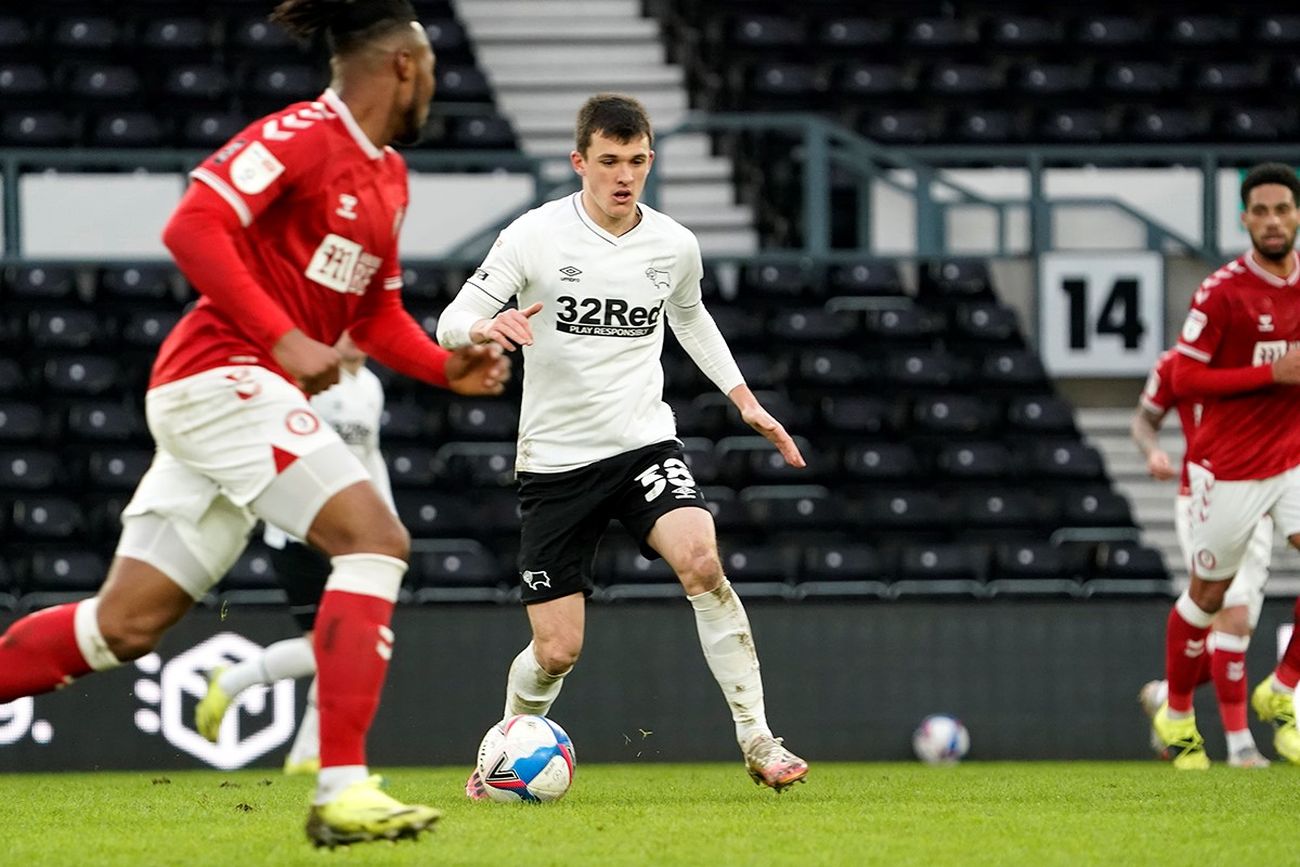 Shinnie delivered the resulting set piece to the back post and Matt Clarke rose and headed back towards goal. His effort beat Bentley, only to be cleared off the line by Diedhiou.

Derby continued to find chanced and came extremely close again just moments later when Wagorn’s half-volley from close-range was clawed back and tipped over the cross bar by Bentley.

The Robins almost nicked a point in the final five minutes with their first shot on target in the second half. A free-kick from near the half-way line was delivered to the edge of the box and Mawson swung and right-footed shot straight to the safety of Marshall. 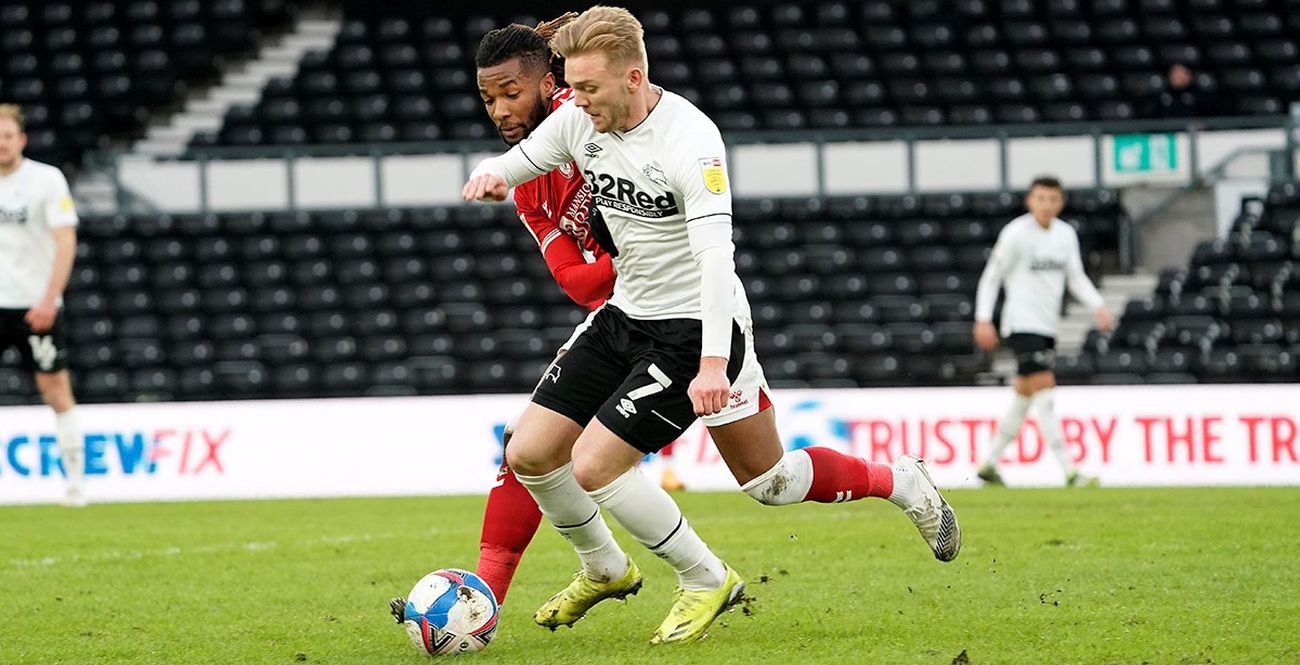