Derby County travel down the A38 this weekend to take on neighbours Burton Albion, and, as ever, Rams fans can follow all the build-up, match coverage and reaction on RamsTV. 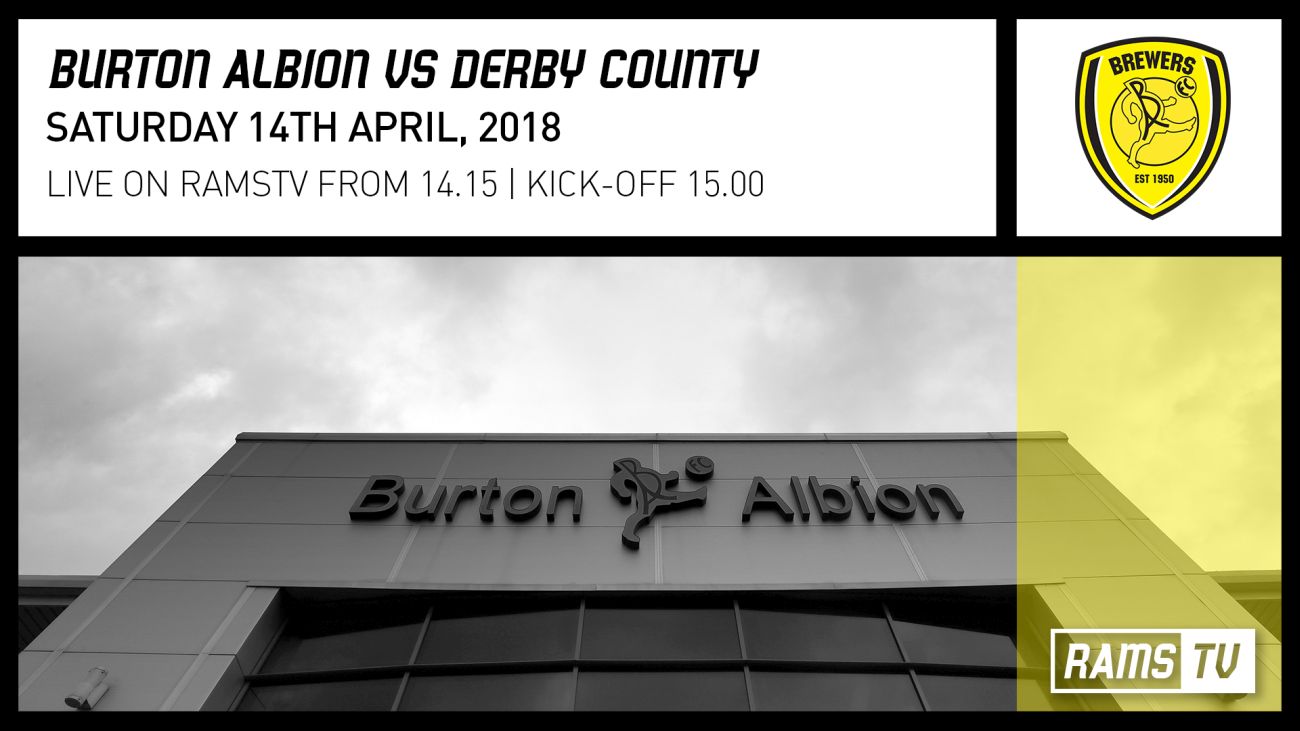 Along with a packed schedule leading up to the game, RamsTV will be LIVE on Saturday afternoon from 2.15pm as Owen Bradley is joined in the studio by former Derby defenders Michael Johnson and Marc Edworthy.

The trio will look at all the key stats, facts and figures for both sides ahead of kick-off at 3pm. Coverage will then switch to the Pirelli Stadium and supporters based outside of the UK and Republic of Ireland will be able to watch every kick of the action.

Here’s a full breakdown of what’s coming up: