It’s another big game for Derby County this Saturday as they travel to face top-six rivals Aston Villa for their penultimate fixture of the regular 2017/18 campaign, and fans can follow all the build-up, coverage and reaction to the match on RamsTV. 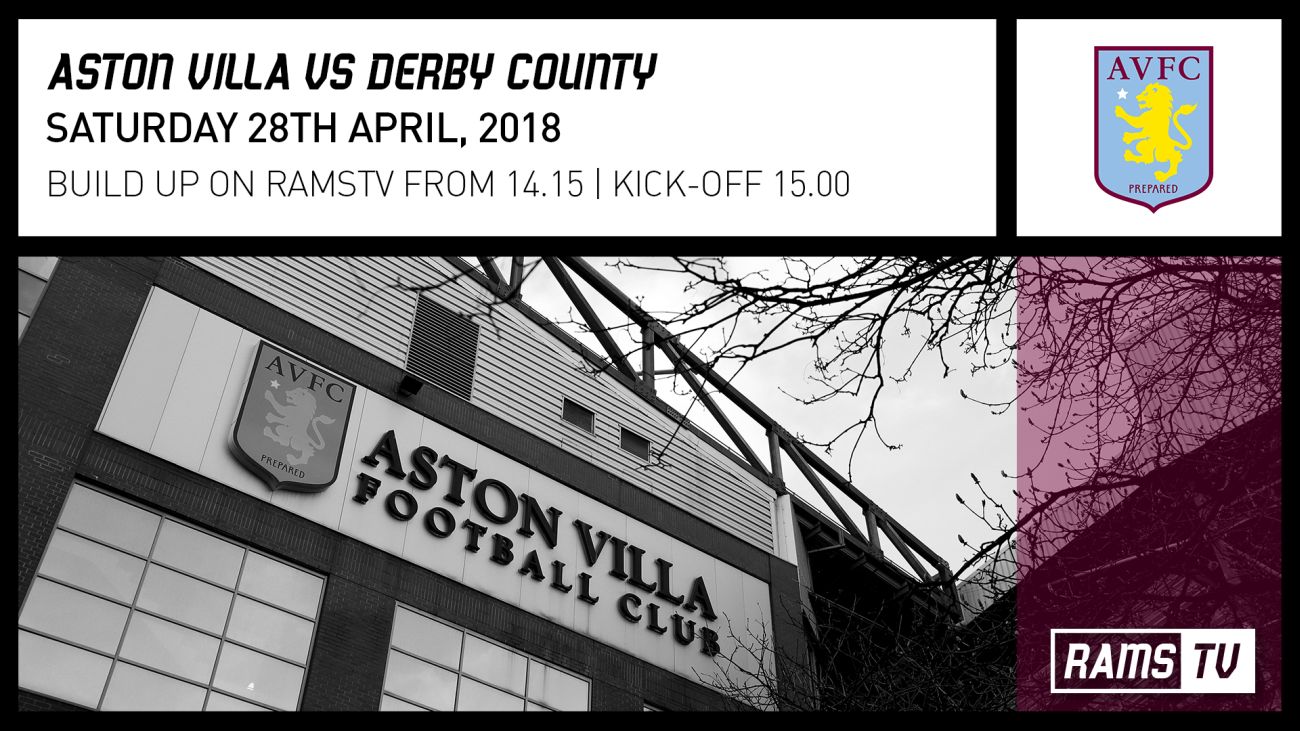 As usual, RamsTV will be building up to the game with exclusive interviews, full coverage of Gary Rowett’s pre-match press conference and a comprehensive Preview Show.

Saturday afternoon will see RamsTV’s Colin Gibson joined by Marc Edworthy and Sam Winnall LIVE from 2.15pm. The trio will be building up to kick off at 3pm by looking in depth at both sides with the use of stats, match footage and detailed analysis.

As this fixture has been selected for live TV coverage and due to international broadcasting rights, RamsTV will only be able to broadcast the match live in select countries, although a live audio stream of the game will also be available. Please click here for more information.