Following today’s 4-1 win over Barnsley. Derby County have extended their season by clinching an end of season play-off spot in the Sky Bet Championship. 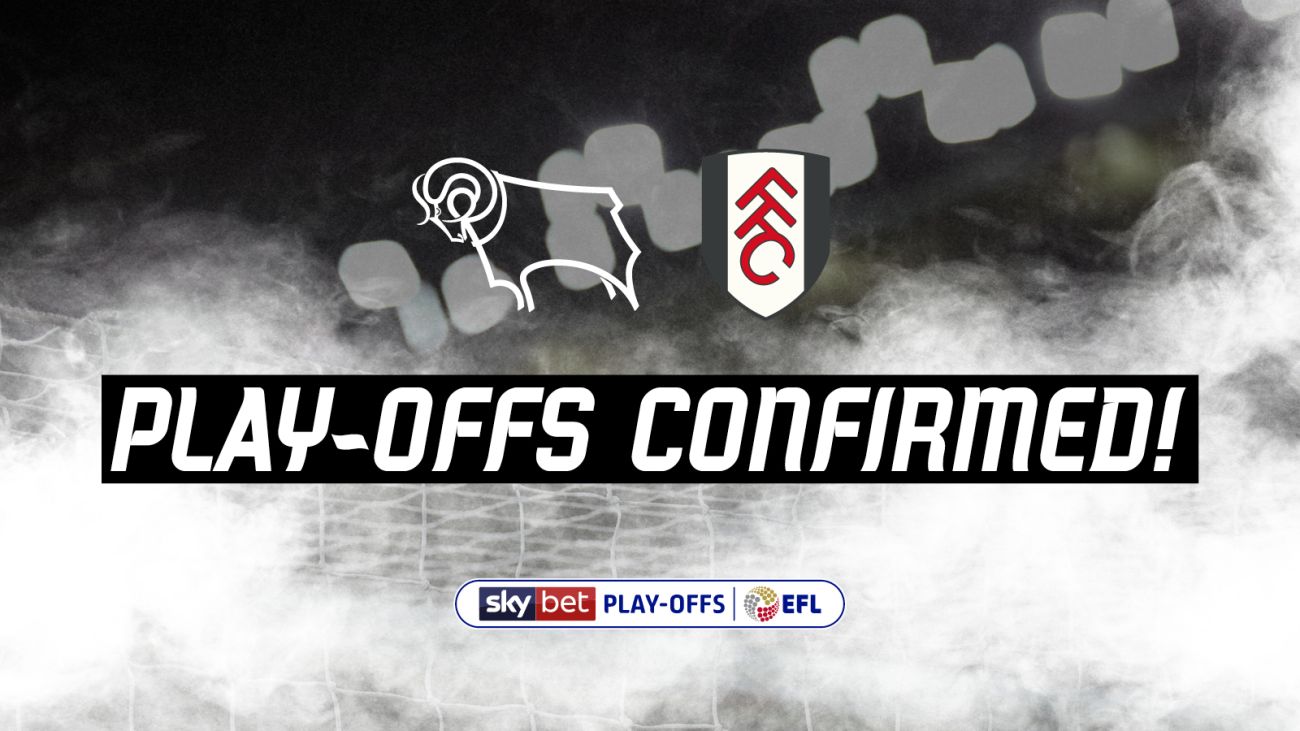 The Rams finished 6th and will now face Fulham over two-legs, with the first being played at Pride Park Stadium on Friday 11th May, kick-off: 7:45pm.

Gary Rowett’s men will then travel to Craven Cottage on Monday 14th May, kick-off: 7:45pm, as they aim to claim a place at the showpiece Wembley final, where they could potentially face either Aston Villa or Middlesbrough on Saturday 26th May.

Ticketing information for both fixtures will be announced in due course across dcfc.co.uk.