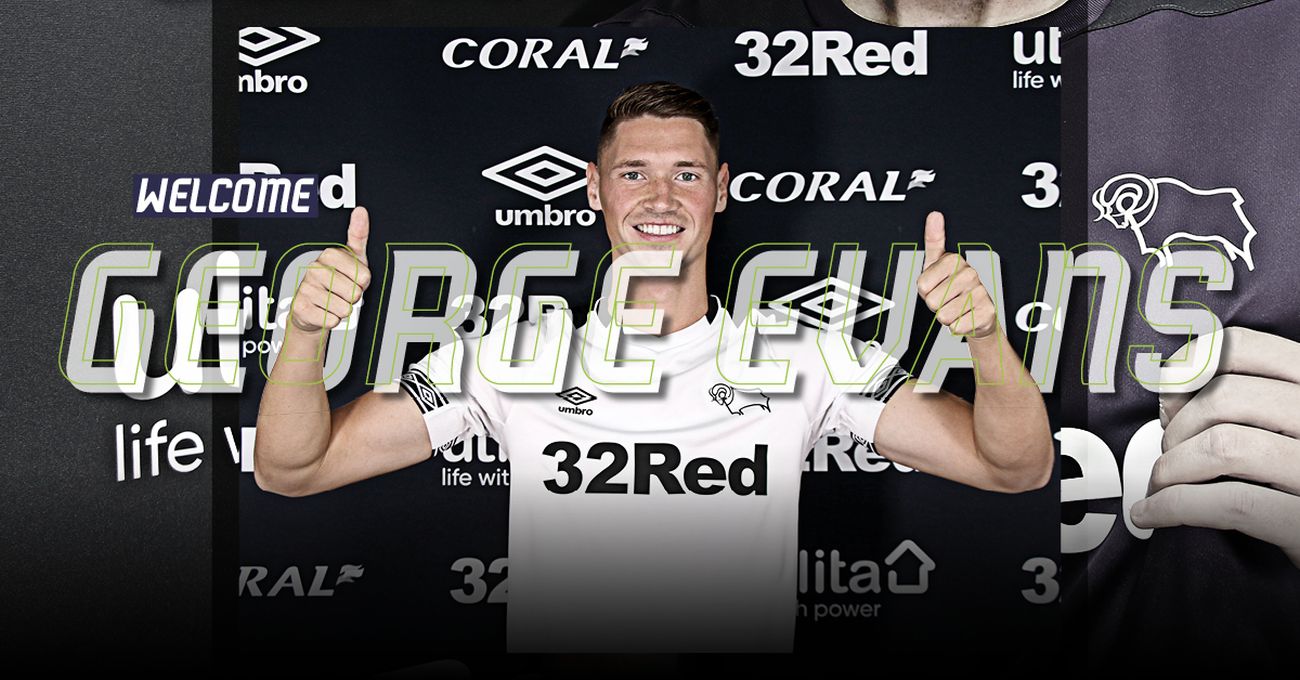 The 23-year-old has signed a three-year contract, running up until the summer of 2021, and adds further options to manager Frank Lampard’s midfield ahead of the upcoming 2018/19 season.

Evans, ironically, could make his Rams debut in Friday night’s season-opener away to Reading at the Madejski Stadium.

Talking about his latest recruit, Lampard told dcfc.co.uk: “George is a very good player and arrives here at a good age as well.

“I worked with him when I was at Manchester City - he was training with the first-team regularly at the time - and he impressed me with the way he played, as well as with his attitude. George has fantastic attributes and will of benefit to us both on and off the pitch.

“We need the correct balance in the team and have been fortunate to bring in some exciting attack-minded players this summer, but George will give us security in terms of his defensive nature. He’s very comfortable on the ball and can move it quickly, which is something that we are looking for.”

He added: “At 23 years of age, with Championship experience at Reading and the upbringing he had at Manchester City under his belt, I believe he is a great addition to our squad.”

Evans is a product of the Manchester City Academy and, after making one brief first-team appearance off the bench in the EFL Cup in September 2015, he has been on the Royals’ books for the last two years gaining Championship experience.

He played 43 times in all competitions as Reading reached the Championship play-off final in 2016/17 under Jaap Stam, but they ultimately missed out on promotion to the Premier League following defeat to Huddersfield Town on penalties.

Evans notably scored against the Rams in October 2016, rescuing a point for Reading in a 1-1 draw at the Madejski Stadium with an injury-time equaliser.

Evans, who also represented England’s Under-17s in the World Cup Finals in 2011, has also gained further EFL experience with loan stints at Crewe Alexandra, Scunthorpe United and Walsall prior to joining Reading.